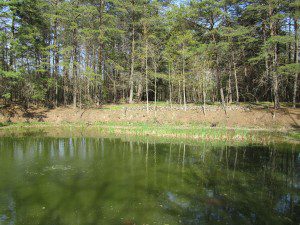 As I went over my 2014 calendar back in December, I realized I would be traveling a lot in the first five months of this year.  I’ve been with my current employer for 17 years so I get more than the typical two weeks vacation, but I’ve already used up most of it, to say nothing of what I’ve done to my travel budget.  But when John and Elmdea Adams asked me to come to the Pan Druid Retreat and then asked me to be part of a panel discussion on ritual, I had to say yes.

The theme was “Approaching the Sacred” which given the nebulous nature of the Sacred didn’t really create any expectations – though it did give me an excuse to talk about the necessity of wrestling with the Big Questions of Life.  I’m not sure what I was expecting:  perhaps a small retreat, some presentations, some workshops, some rituals.  I knew John and Elmdea well enough to trust it would be done right, but I really didn’t have an expectation of what “right” would look like.

What I found was a Druid college.

There was some confusion when I wrote about my Dreams of a Druid College last year.  Some readers thought I was talking about formal higher education: a Druid seminary or a Pagan university.  But what I had in mind was an older definition of college:  a gathering of colleagues.

There were twenty four participants in the Pan Druid Retreat (though not all were there the whole time).  There were members of OBOD, ADF, and AODA, plus some other folks who aren’t Druids but who are experienced practitioners in their own traditions.  Although there were two Important Druids (thanks, Jason!) in attendance – myself and Kirk Thomas – there were no celebrities.  This wasn’t pretend egalitarianism.  Everyone had something to contribute (from study, practice, religious experience or life experience) and everyone was able to relax and enjoy the gathering without having to be a Professional Pagan. 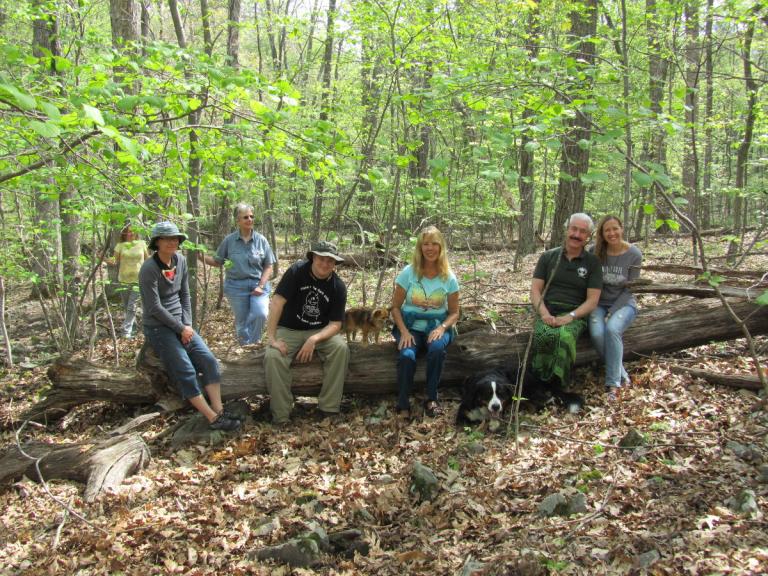 Rather than following the usual multi-track conference format designed to cram the most into a short time, this retreat structure was set up to promote collegiality.  Breakfast, program, free time.  Lunch, program, free time.  Dinner, ritual, free time.  The large blocks of free time were restful (especially important for those of us in jobs that are busy and stressful even though we like the work) and they allowed for unstructured conversations that could run five minutes or an hour and a half.  They also allowed for plenty of time to commune with the land and the spirits of the land.

I should amend the previous section to say there were twenty four human participants in the Pan Druid Retreat.  The land and the spirits of the land were as much a part of the gathering as any of us.  The Land Celebration is a 43-acre camp / retreat center in rural Virginia.  It’s a place of great natural beauty that has been treated with love and respect for many years, which made it a good meeting place for Druids.  Druidry is many things and one of them is the art of wild wisdom:  the spirituality Nature teaches us, if only we’ll slow down, go outside, and listen.

I did a lot of listening at the Pan Druid Retreat.  So did most everyone else. 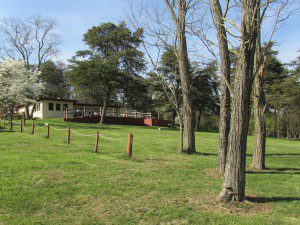 The Land Celebration is neither Pagan nor pagan.  About half the land has been cleared; the other half is still wooded but is crisscrossed with dirt roads and trails.  There are three labyrinths and perhaps a dozen shrines and grottos honoring various aspects of the major religions of the world.  It is intended to be an interfaith sanctuary and it is.  That isn’t what I would have done with the land, but it’s been built with such compassion that it works.

But something was missing.

Those of us who are polytheists or animists or both got remarkably similar impressions from listening to the land: the land spirits have been forgotten.  Call them fae or vaettir or just the spirits of the place, they are the beings who were there long before the First Nations – much less the first Europeans – arrived.  And they seemed more than a little annoyed that all these highly spiritual people from all these religious traditions were coming there, connecting to the Sacred and to their higher selves, but ignoring the spirits that make the place so special.

John and Elmdea had planned rituals for opening and closing the retreat, plus an oracular ritual on Friday night.  But they left the main ritual on Saturday for the group to plan – we had about two hours to do it.

The thought of planning a major ritual in two hours would normally scare me beyond belief.  But Elmdea led us through a very quick exercise that asked everyone to call out one word representing what we thought our ritual should do.  There were about fifteen words on the flipchart, which we quickly categorized into honoring, offering, and listening.  We broke up into groups to plan each of those sections, plus a group for the opening and closing.

We had great weather for most of the retreat, but rain moved through on Saturday.  Thankfully, the rain stopped in time for us to perform the ritual in the woods.  We gathered in a clearing and began in OBOD tradition, offering Peace to the Quarters, followed by an AODA invocation of Center.  Then we invoked Gods and Goddesses, ancestors, and the spirits of the land.  With each invocation, a group of musicians offered a song.  Offerings were consecrated, charged, and poured into a bowl. 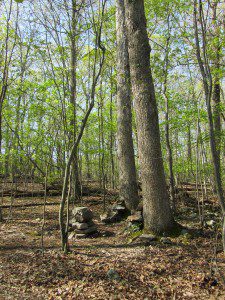 The area where we felt the strongest connection to the spirits of the land was not easily accessible – the path was narrow, uneven, and wet.  It wasn’t safe for those with any mobility issues.  We sent the “young and nimble” as offering bearers (although some of us who aren’t so young went along too), while the rest of the group stayed in the clearing and sang, maintaining a connection.

There have been a very few times in my life when an ordinary place suddenly opened into the Otherworld.  This was one of them.  It was twilight and overcast (“neither day nor night”) but the path was clearly visible. We processed single-file into the woods while the sounds of drums, flute, violin, and voices played behind us.  We were there, on the land, in the woods, but we were also Somewhere else.  Or at least I was.

In ADF fashion, we drew a Tarot card (using Dana Driscoll’s Tarot of Trees) to ask if our offerings had been accepted.  The card was the Page of Wands, which we all agreed was a good omen.  Then we asked if the land spirits had any messages for us.  We drew the Three of Pentacles – a roar of laughter went up from most of the participants.

The Land Celebration caretaker had joined our ritual. Apparently she isn’t familiar with Tarot, because she asked why we were laughing.  Several people offered their interpretation of the card; mine was “that was nice – now get to work, there’s lots to do.”

We sealed our ritual with the Druid’s Vow, then thanked the land spirits, ancestors, and Goddesses and Gods.  Since I coordinated the group who composed the opening and closing, I got to give the closing words.  I’m not sure exactly what I said (I composed it beforehand but I didn’t write it down) but it went something like this:

As we leave this place and return to the ordinary world, may we always remember to honor the spirits of the land, both at this place and where ever we may be.

The rite is ended – go in peace.

This was a Druid college. 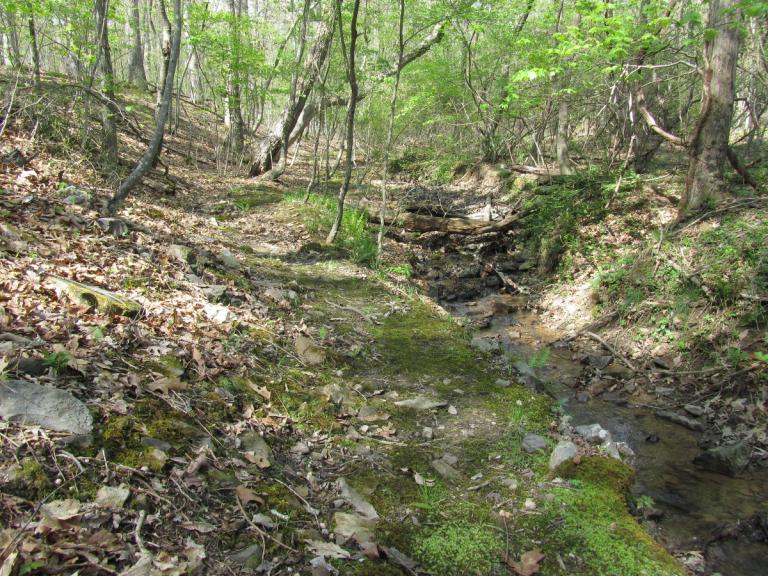 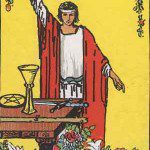 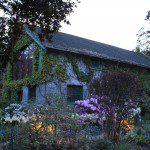 May 15, 2014 Poor Magicians, Good Magicians
Recent Comments
6 Comments | Leave a Comment
"I agree with much of what everyone in the comments is saying here, and understand ..."
Adam C Why I Still Call Myself Pagan
"Maybe with the right theme music, we could be "The Spirituality With No Name.""
Pitch313 Why I Still Call Myself Pagan
"As problematic as Disney can sometimes be, Frozen 2 had a saying that I just ..."
Zzyzx Tell Me What To Do
"Not that you asked ME, Dan--LOL--but, fwiw, the word "worship" sticks in my craw, and ..."
Laurie The Gods And Nature
Browse Our Archives
Related posts from John Beckett