I turned 60 this week. For all the arbitrary and irrational significance we place on round numbers, 60 seems significant.

Early birthdays were significant because they brought greater privileges. At 16 I could drive, at 18 I could vote, at 19 I could drink (and I still think 19 should be the legal drinking age), and at 25 I could pay reasonable car insurance rates. Getting older was a good thing.

After that, though, society told me that milestone birthdays just meant I was getting old, and that was a bad thing.

The aging process was impossible to ignore after that, though, and by the time I turned 50 I said “I can’t kid myself anymore – I’m getting old.”

My 50s were my best decade

None of that changes the fact that my 50s were my best decade, and it’s not even close.

Most of that is because I figured out what I was supposed to be doing with my life in my 40s. I finally accepted that I wasn’t going to find satisfaction in my paying job. My life’s purpose isn’t to make a ton of money. It’s here, exploring the edges of religion and spirituality and then writing about what I find.

As a kid I wanted to be a writer, because I thought staying home and writing stories would be better than going to work. I learned that writing is work and that working a “regular” job pays a lot better, but I became a writer by sitting down and writing. I’ve got 13 years of writing here on the blog, I’ve got two books, and there may be more (I have no definite plans, but I suspect I’ve got at least one more book in me).

I wanted to be a teacher, because I was good at school and I thought it would be cool to be on the other side of the big desk. Now I teach online classes and make presentations at conferences and gatherings. That’s not the same as teaching history in high school or engineering in college, but I don’t have to deal with principals or deans, or with helicopter parents.

One of the most useful things I’ve learned on my spiritual journey is to focus on the ends, not the means. Ask for what you want (and then work toward it) but be open to it coming to you in unexpected ways.

My 50s were my best decade because I did more in them, especially traveling.

Part of that was because my finances were better then – these are what the business world calls “peak earning years.” Now, I’m reluctant to tell people to “just do what I did and you’ll be fine.” The world has changed (and largely, not for the better) in the years since I went away to college. Plus I had some advantages that were unique to me. At the same time, I had a plan and I stuck with it. The investments and sacrifices I made in my 20s and 30s (of both money and time) have paid off. I’m not rich and I’m never going to be rich, but I have enough.

The other reason I did more in my 50s is that I realized that if I didn’t, the world was going to pass me by. I have few regrets – one of them is that I didn’t travel when I was younger. I couldn’t have flown to Europe in my 20s (well, I could have, but that didn’t fit into those long-term plans), but I could have done some driving trips, especially around the eastern United States. I can still go see those places, but I can’t get those years back.

In no human culture is 60 considered young.

At the same time, I feel kinda like I did when I was in my 30s and everyone was complaining about getting old: what’s the big deal?

Our mainstream society idolizes youth – in large part so it can sell us things to make us look younger and feel younger. But it idolizes a youth that isn’t reality for most of us. I was never beautiful and confident and strong when I was young. My physical peak was at 38, not 18 or even 28. My confidence and strength is higher now than it’s ever been, in part from the reasons listed above and in part because I’ve learned that society’s expectations don’t matter.

The physical changes that happened in my 40s I adjusted to in my 50s. My recovery time from heavy exercise is getting longer, but I can still do pretty much anything I want to do. And so I do it.

There will come a day when the physical decline steepens. There will come a time when I go from “I can do that” to “I have to schedule recovery around that” and then to “I can’t do that anymore.”

Planning for the next big transition

Some have called this “the Great Resignation” – people are quitting jobs at an unprecedented rate. My employer’s CEO announced his retirement last year – he’s roughly the same age as me. We’ve had several other people in mid to high level professional positions retire earlier than expected. Nothing like a pandemic to bring priorities into focus.

I don’t have CEO-level money – I can’t retire at 60. But I’ve had a plan ever since I started work at 22, and barring a major catastrophe I should be able to retire somewhere between 65 and 70. The various algorithms bring me tons of retirement articles. Most of them are selling overpriced financial services, but I saw one recently that had a good point: don’t just know what you’re retiring from, know what you’re retiring to.

I’m going to retire to being a full time Druid – to practicing, writing, and teaching full time instead of part time.

We’ll see how it goes. I’m looking forward to it.

An increased sense of urgency

According to Social Security’s life expectancy calculator, I can expect to live to 83 – another 23 years. I’m in good health and I have access to health care, so I expect to beat that by at least a little.

But I remember my father retiring with big plans and then discovering cancer 9 months later. He wasn’t able to do much of anything he expected. I never liked Kobe Bryant, but his death at 41 hit me hard – it was a reminder that death can come for anyone at any time.

And there are things I can easily do at 60 that will be hard to do at 70 and impossible to do at 80.

The pandemic has thrown a wrench into this, especially when it comes to travel. I’ve tried to make sure I didn’t have any lost years. In 2020 we took a driving trip around Texas, mostly doing outdoor stuff. We went to Colorado last year, also doing mostly outdoor stuff.

I really don’t want to have to take a Covid test to be able to get on an airplane to go to Europe and another one to come back. That kind of uncertainty isn’t good for my anxiety. But if that’s what it takes to be able to do the things I want to do, then that’s what I’m going to do. I don’t have enough good years left to postpone these trips indefinitely.

I also don’t have enough years left to spend any of them arguing with people whose values are antithetical to my own. I’ve gotten a lot looser with the delete button on blog comments, and a lot tighter with what I respond to on social media… though I still have a ways to go.

It’s a mistake to assume that because things get better, they will keep getting better. Statistically, they’re more likely to return to the mean.

And I’m going to work to make it so. 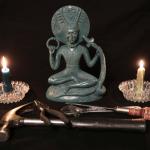 January 9, 2022
Seeing Mundane Activities Through a Sacred Lens
Next Post 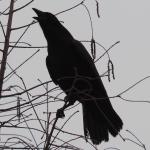 January 13, 2022 What Is Seen Cannot Be Unseen
Recent Comments
0 | Leave a Comment
Browse Our Archives
get the latest updates from
John Beckett
and the Patheos
Pagan
Channel
POPULAR AT PATHEOS Pagan
1 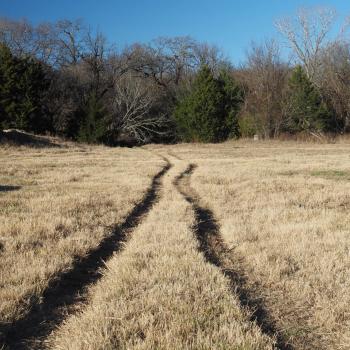 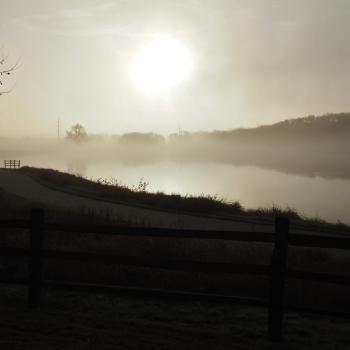