Last Wednesday’s Three Messages from Loki to the World is the most widely-read post on Under the Ancient Oaks in a year and a half. It generated an extraordinary number of comments, most of which were in general agreement with the messages.

A few people were critical of the message to “build masks” and “shelter in the closets.”

Bergrune – the Seeress who carried Loki in the Seiðr ritual – added some clarifications, both on Facebook and in the Patheos comments:

On masks, these are not intended to be false faces. They are intended to be as true an expression of ourselves as we choose to share but to provide a space, a buffer between our real selves and those who would do us harm.

On the closet. This is intended as a short-term rest and recover refuge not a retreat for the long term. I saw one comment that referred to generations in the closet and that is not what Loki meant. He meant like go in, lick your wounds, rest, regroup, get your focus back, and go back out in the world. It was not intended as a message of retreat or deny our existence. It was a message of preserve yourselves for the long term.

I have my own thoughts on this, as someone who’s been a public Pagan – in Texas – for almost 20 years. 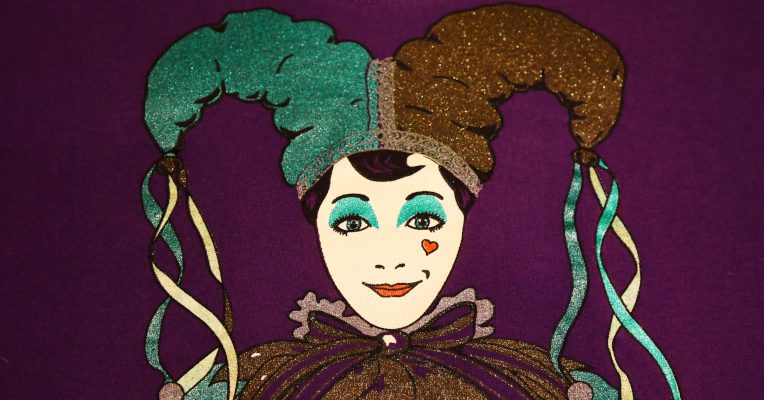 Let’s be honest: the environment is hostile right now. American politics have been nasty for the past 30 years, but Donald Trump gave mean-spirited people permission to abandon all pretense of civility.

For the last two decades Pagans have mostly flown under the radar. The Christian Dominionists have been obsessed with Muslims and atheists – the white Nationalists are also obsessed with Jews. There aren’t enough Pagans to get their attention, while witches have become a fixture in pop culture, mostly for the good.

It feels like that’s shifted this year. The book-burning “pastor” in Tennessee got a lot of people’s attention in February. In the post on Loki’s messages I mentioned the arson at The Satanic Temple and the threats against the Pagan Market in Texas. And – especially on Twitter – I keep hearing talk about a “new Satanic Panic.”

I wrote about this last year. QAnon has revived the baseless allegations of the ritual abuse of children by Satanists. Funny how they ignore the real and well-documented abuse of children and others by Christian priests and pastors.

But this year, the original Satanic Panic has been woven into the storyline of the Netflix series Stranger Things. I haven’t seen it (I know, I need to watch more new stuff), but I don’t have to have seen it to understand that it’s brought the idea back to the forefront.

Are things really more dangerous for Pagans and witches now than they were five years or ten years ago? Or are we simply more aware of the dangers that are always there for members of religious and cultural minorities?

Honestly, I think it’s a little of the first and a lot of the second. Things are getting worse. But we’re a long way from where we were in the 80s and 90s. And of course, different people in different places and life situations face different risks.

Wearing a mask isn’t about hiding who and what you are. It’s about avoiding needless conflict by not telling people things they don’t need to know.

Discussion of religion is mostly off-limits at my workplace. It’s not a formal rule, but rather an informal understanding that we need to focus on business. If someone asks, I tell them I’m a Unitarian Universalist. Which is true – it’s just not the whole truth.

The Denton UU Fellowship was founded in 1949 by a group of mostly-humanist religious liberals who wanted “protective coloration” for their kids. “We don’t go to church” wasn’t a socially acceptable answer in Texas in 1949, so they built a church that would teach their kids their values.

I wish we lived in a society where Pagans and Muslims and atheists could be as visible and loud as Baptists and Catholics. Perhaps someday we will. But for now we don’t, and a battle avoided is a battle won. 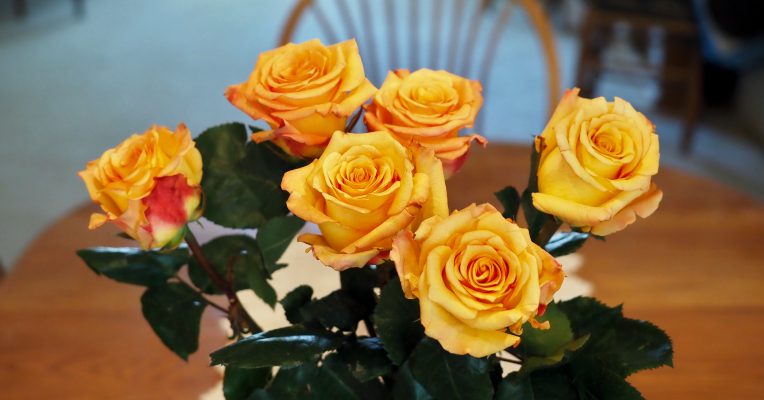 Be out if you can

The history of the LGBTQ community reminds us that visibility leads to greater acceptance among people of good will. It also leads to greater pushback from people of bad will. If you can be out, that helps the overall community. But if it’s too dangerous for you, then you can’t – and what is an acceptable risk for me may be unacceptable for you.

I wear a mask at work. I’m quite open about my Paganism on the internet. I don’t walk around in public with a ton of Pagan jewelry, but that’s less about security and more about not wanting to call attention to myself in general (and if I’m being honest, it’s also sartorial laziness).

If religious conversations come up anywhere except work, I will respond as a Pagan and a polytheist. I enjoy these kind of conversations, and besides, what are strangers going to do? Now, if I was a teenager living at home with fundamentalist parents, I would have to be more cautious.

Even where we need to wear masks, we need not lie. We should not lie about who and what we are – tell a lie often enough and you start to believe it. Simply tell people what they need to know and no more – and usually, they don’t need to know very much.

A quote attributed to St. Francis says “preach the gospel at all times – if necessary use words.” The same is true for us as Pagans. Let your actions show your values and virtues and tell the world who and what you are.

When it comes to individual interactions, not much has changed. Rude people will be rude but rarely violent. Some Christian employers will find excuses to discriminate against non-Christians, while large corporations generally – but not always – do better. If you’re in an employment-at-will situation (and most of us are) you’re never really safe – do what you can to make yourself valuable, without selling your soul.

Mass shootings happen too often in this country. But that doesn’t mean they’re frequent. The vast, vast majority of schools, theaters, churches, synagogues, mosques, and other gathering places are safe. People gather regularly, go about their business, and go home. We need not and cannot allow the threat of random shooters to prevent us from gathering to worship and celebrate.

It makes good sense to pay attention to your surroundings. Where are you, where are the entrances and exits, where can you hide, what can you use as a weapon? You’ll likely never need any of that. But if you’re aware of your situation, you’ll be prepared in the unlikely event something does happen.

Pay attention. But for the love of all the Gods, don’t stereotype people because of their race or religion or apparent economic status – just like you don’t want to be stereotyped by fundamentalist Christians. 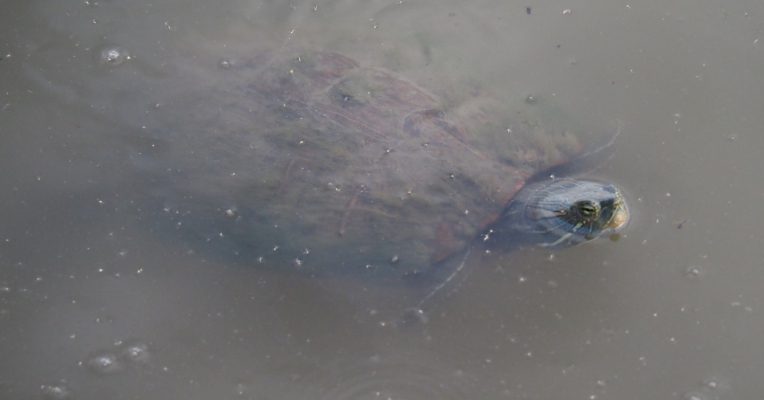 We are magical people. Let’s not forget our magic.

Wards and shields will not stop bullets. They can cause troublemakers to not see you, to see you as bigger than you are, or to decide to keep moving and find an easier target. They won’t block punches, but they can stop punches from being thrown. They can stop cruel words from being said, and when they don’t they can diminish the impact those words have on you.

My daily spiritual practice includes shielding. I regularly recharge the wards in my house. Some of the members of Denton CUUPS recently recharged the wards around Denton UU, wards that are already strong because of 22 years of regular magical practice.

Magic works. Use it.

Some things will never be for public viewing

But witchcraft will never be ordinary.

That’s OK. If things scare mundane people, they don’t need to know about them.

I would hate to hide our Pagan worship and celebrations. I do not think that’s necessary now and I don’t think it will be necessary in the future.

But our deepest mysteries must remain mysterious. 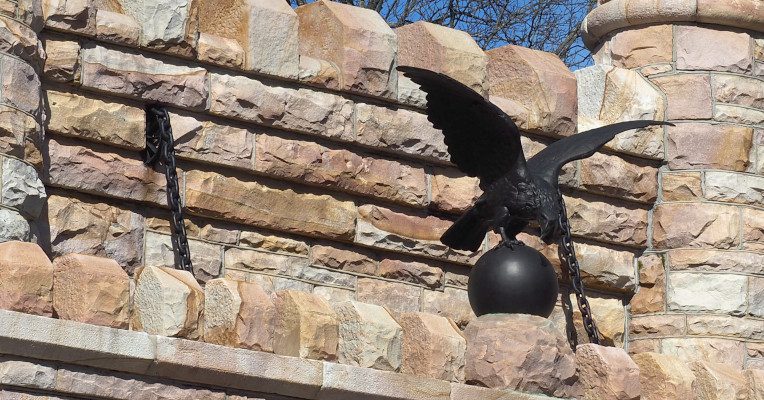 As a Druid, I stay out of Heathen arguments about the nature and status of Loki. As a someone who loves order, I generally avoid Gods of chaos. But I’m not unfamiliar with Loki. I know He does what He wants to do, for His own reasons – reasons that usually aren’t clear to us.

Some people interpreted Loki’s words about masks and closets as instructions to hide. As Bergrune explained, that wasn’t His intent.

I know Loki wanted to get people’s attention – He certainly did that.

I think it’s safe to assume He wants us to talk about our environment and its risks and how we can respond – we’re doing that now.

I think it’s safe to assume that a God who rarely does things in a straightforward manner wants us to approach these challenges using all the cunning, guile, and creativity at our disposal.

Be who you are, and who you’re called to be

So let’s have this conversation. Let’s talk about risks and threats. Let’s assess them with cold logic and insightful analysis. Let’s build the masks we need to build protect ourselves, and the safe spaces we need to rest and recover and prepare ourselves to deal with the challenges we face.

But in all this, let’s remember to always be who we are, and who we’re called to be.

After all, no matter what mask He’s wearing, Loki is always Loki, doing His own things for His own reasons.

We should do no less. 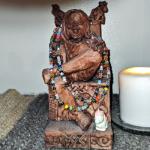 July 27, 2022
Three Messages from Loki to the World
Next Post 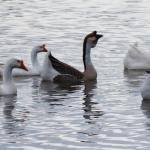 August 2, 2022 Tell Me What To Do
Recent Comments
0 | Leave a Comment
Browse Our Archives
Related posts from John Beckett