I, the comfortably cursing Christian 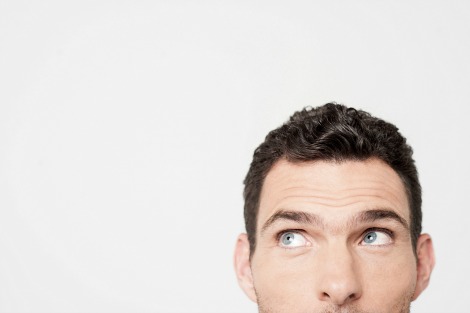 I am entirely confident that God is perfectly okay with me cursing whenever I find it entirely appropriate to do so.

The key phrase there is “whenever I find it appropriate to do so.” I don’t often find it appropriate to curse. I rarely employ such language in what I write, for instance, because I know a lot of youngerish people read my stuff, and it’s bad enough how often I make up words like youngerish without having to compound that egregiousness by, through including curse words in my text, subtly sending to the youngarinos the message that … um … I curse. Which I do. But just not around kids.

I also tend to try my best not to curse around strangers, because you never know when you’re going to make someone’s ear wax start melting. And if there’s anything more disgusting than a person’s ear wax dripping out of the side of their head onto their shoulder or dinner plate, I don’t know what it is. I don’t want to see that. Nobody does.

But when I’m with friends and/or people whom I can tell aren’t likely to be offended, I pretty much curse like the warehouse-working Teamster I used to be before I started getting paid because of how I write so good.

For about the first year or two after I became a Christian, I totally tried to never curse, because I figured that was part of the Christian Deal. But not cursing made my whole upper body feel constipated. (Ew. Sorry.) So I started cursing again. I figured God would be happier with me if I just said what I had to say, instead of always hemming and hawwing whilst trying to come up with a language of expression different from any other language I’d ever known or used.

If cursing is called for, I’m the guy for the job.

And make no mistake about it: cursing very often is called for. Our language has evolved in such a way that there are a lot of curse words and phrases that capture a thing way better than can be done without them. And I am nothing if not a slave to efficiency of articulation. If you say about someone (kids: close your eyes) “That guy’s just a fuck-up,” you have, by any objective criterion, nailed that guy. Everyone knows exactly what you’ve just communicated—which is actually really, really dense.

You try to take that phrase away from me because you think God has a problem with me intelligently using concise language? That is not going to work for me. If there was another way to say (kids! shut ‘em!), “That guy’s an asshole,” you can trust that I’d use that other way. But do you know how many words you’ve have to spin through to come up with a descriptive phrase anywhere near that comprehensive? You can’t: to even come close to what’s connoted by “asshole,” you’d have to talk for a half-hour.

That’s why even Christians who think God disapproves of their cursing substitute cutesy little faux-curse words they just plug in where the Bad Words go. So they have to say things like, “Fudge this; I’m outta here,” or “That guy’s a fiddly-widdly nooky-pooky” or whatever dipshittiness they say. (Actually, that’s mean. I think it’s kind of charming when Christians use their own swear-word substitutes. Whenever I hear a Christian use faux-cursing, I always think, “Man, I can’t believe that person’s actually trained his brain to insert totally made-up curse words in place of real curse words. I wonder how long it took him to retrain his whole brain like that? I can’t get my brain trained to remember my phone number.” Plus, I like the way fake curse words tend to dissipate whatever negative energy called them to mind in the first place.)

Anyway, I curse when/how/about what I want to. I trust myself with that ongoing judgment. I’m confident that God trusts me with it, too. And I sure don’t see anything in the Bible about how cursing is a sin. I thought it would be there: “Thou shalt not use dirty words,” or something. But it’s not.

As far as I know, there’s nothing in the Bible about cursing at all. I think God has more important things to worry about. I know I do.

August 3, 2010 Comin' Straight At Ya' Through 50,000 Watts of Broadcasting Power, Baby: Me.
Recent Comments
310 Comments | Leave a Comment
Browse Our Archives
get the latest updates from
John Shore
and the Patheos
Progressive Christian
Channel
POPULAR AT PATHEOS Progressive Christian
1