The Gay Teen Suicide Rate and the Christian Condemnation of Gays 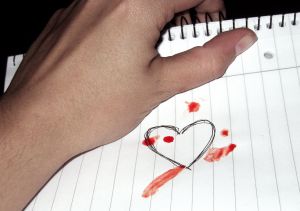 It’s a fact that gay teenagers are about thirty percent more likely than straight teenagers to take their own lives.

It’s a fact that the vast majority of Christians believe that being gay is a profound moral failing, a foul aberration, a repelling, unnatural offense against God that fully warrants as punishment an eternity spent in hell.

Asserting that those two facts have no relationship cannot possibly be anything but intellectually dishonest. It’s like someone who sews robes for the Klan asserting that they personally don’t contribute to the harming of African Americans.

I love being Christian; I am forever humbled by what God as Christ did for humankind on the cross; I understand and experience the Bible as divinely inspirational. I pray every morning. Contemplating the majesty and mercy of God is part of my everyday life.

So what? That has zero to do with the fact that gay teens are thirty percent more likely than straight teens to shoot themselves in the head, to let their blood flow out until they’re white, to hang themselves from their neck until they stop twitching. Nor has it anything to do with the fact that the vast majority of Christians passionately hold that living as a gay person is a contemptible disgrace to God, and a blatant, willful offense against everything that’s decent and honorable.

But let’s not insult ourselves and anyone listening to us by saying that we don’t understand the relationship between the gay teen suicide rate, and the common, absolute Christian condemnation of gays. We deserve better than that.

Please watch this till the end:

September 28, 2010 Want to Know About Religion? Talk to an Atheist.
Recent Comments
431 Comments | Leave a Comment
"Y'all are nuts and I'm a Christian! Call evil out and yall are evil. Monte ..."
Lesa Jackson How I Blog (and Why I’m ..."
"abusers are master manipulators."
Brandon Roberts That lovable man who abuses you
"Triggered? No. Confused?... Yes. At the amount of assumptions you seem to be making stemming ..."
Isaac A Christianity to make Satan proud
"Can I elaborate? Absolutely. I could write books and books on the subject. However, I ..."
Liora Hess A Christianity to make Satan proud
Browse Our Archives
get the latest from
John Shore
Sign up for our newsletter
POPULAR AT PATHEOS Progressive Christian
1

QAnon is a hoax designed for...
slacktivist
Books by This Author Books by John Shore