When Should Christians Start Pointing Fingers? 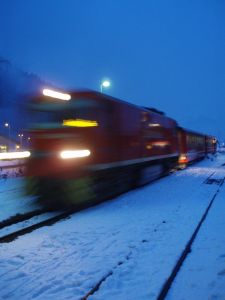 Yesterday on my Facebook page a reader left this note:

I would be really interested to hear your take on this issue: Should Christians ever worry about/act to curb others’ sins, or should we be too busy worrying about our own sins to bother with another’s? What is the practical application of the speck of dust/plank argument and “let he who is without sin cast the first stone” in our modern world? Are there times where we should finger-point, or is it always against God to worry about others’ sins before our own?

When it comes to people, I have a general rule that I find almost universally applicable, and invariably instructive. It’s an axiom that over the course of my life I have developed and honed, one that never fails to bring me the perspective I need to understand my proper role relative to whatever might be going on with another person—especially when it comes to evaluating the overall or conditional state of another person’s morality. With regards to others, my go-to truth is this:

I really must get that stitched and framed. Oh, well. So many way to offend guests in my home; so little time.

But the point is … well, that’s it: People are not so much with the swift. And thus do I stand firm upon my general conviction that I have no more interest in stopping another person from doing whatever unhelpful, self-destructive thing they might be doing than I do trying to affect the weather.

I can’t affect the weather. It’s too big. There’s too much going on there. It’s beyond my control.

I am content to let people do whatever they’re doing, simply because I know I have no choice in that. People are forever acting in ways that directly oppose their own best interests. You can’t change that. There is nothing in this world more powerful than human will, and everything people do is a function of their purest will. People sin because they want to sin, and that’s a train you can’t stop. Try, and all that happens is that they keep going, and you get creamed.

The one time where we are morally obliged to stop someone from sinning, though, is if their sinning is hurting, or violating the will, of a weaker person. Then not getting involved constitutes a sin on our part, and screw that.

So that’s the measure for determining how involved we get with someone else’s sinning: Is their sinning really hurting anyone but themselves. If it’s not, wave to the train as it goes by. If it is, consider the person being hurt. Could they protect themselves? Unless they’re a child or infirm, the answer is usually yes, they could stop themselves from being victimized—but, for whatever reason, they’re not. Then wave to their train as it goes by, too.

But if someone is being truly victimized, you have to step in. You can’t stop a person from hurting themselves, but you must do what you can to stop them from hurting someone who is defenseless.

So, in summary: Person hurting themselves? Let it go. Person truly victimizing another? Do what you can to stop it.

Person being stupid? That’s only human.

November 18, 2010 Why You Want a Big Book Publisher to Reject Your Book
Recent Comments
72 Comments | Leave a Comment
"Y'all are nuts and I'm a Christian! Call evil out and yall are evil. Monte ..."
Lesa Jackson How I Blog (and Why I’m ..."
"abusers are master manipulators."
Brandon Roberts That lovable man who abuses you
"Triggered? No. Confused?... Yes. At the amount of assumptions you seem to be making stemming ..."
Isaac A Christianity to make Satan proud
"Can I elaborate? Absolutely. I could write books and books on the subject. However, I ..."
Liora Hess A Christianity to make Satan proud
Browse Our Archives
get the latest from
John Shore
Sign up for our newsletter
POPULAR AT PATHEOS Progressive Christian
1