The Inevitability of the Rise of Progressive Christianity

The Inevitability of the Rise of Progressive Christianity September 19, 2011 John Shore 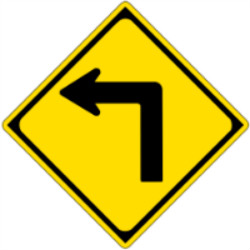 It is inevitable that liberal/progressive Christians will be the majority of Christians in America. We feel the waters of that sea change already swelling everywhere around us. Today’s conservative evangelical Christians who are rallying against “postmodern relativism,” “revisionist secular theology,” “a naturalistic doctrine of God,” or however else they might label the theology of the left, are like yesteryear’s horse-and-buggy owners rallying against them dangnabit newfangled automobiles.

And the reason for the inevitability of the rise of progressive Christianity is as obvious as a dead horse in your living room.

In the old days, it was easy for the vast majority of Christians to believe that Jews, Muslims and homosexuals are going to hell. And why was it so emotionally comfortable for so many Christians to assert that? Because they didn’t know any Jews, Muslim or homosexuals. No Jewish, Muslim or families headed by a gay couple owned a nearby farm, ran a booth at the county fair, joined the local PTA. To the vast majority of American Christians, a Jewish or Muslim person was as exotic as a angler fish: 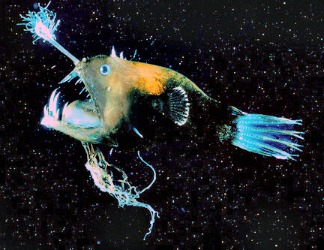 And gay people, conceptually and certainly practically, didn’t even exist.

As far as most Americans were concerned, white was right, all roads were straight, Jesus was on His throne, and happy days were afoot.

Today most Christians have in their lives, and deeply care for, at least one person who is no closer to being a Protestant Christian than I am to being a Berber. Today everyone is related to, or neighbors, co-workers or schoolmates with, someone who is gay, Jewish, Muslim, Catholic, Buddhist, Sikh, Hindu, Mormon, Quaker, Wiccan, Native American, Shinto, Baha’i, Rastafarian, Cao Dai, Tenrikyo, agnostic, atheist, or any and every combination thereof.

We used to be homogenous. Now we’re all … calicoed-up.

It’s a great deal more troubling to condemn to hell someone for whom you have affection than it is an abstract member of an abstract group. In my own life, I grew up in a white suburban neighborhood in the 1960’s, wherein I knew exactly zero Indian people who were Hindu. Today there are three young men who are Hindu living in the condo right next door to me. Those chaps and I have become friends. Well, if inherent in my personal theology was the conviction that my kind and good-natured Hindu friends were necessarily doomed to hell, I would have literally no choice but to seriously reassess my theology. I wouldn’t be human if I didn’t.

It’s natural to assume that theology is static, permanent, unchanging. It’s anything but, though. What is true is that theology follows sociology. If it didn’t, today Americans would still keep slaves and women wouldn’t be allowed to vote.

The world is rapidly changing. And as surely as one day follows the next, Christian theology, as it always has, will change right along with it. As our world (thanks, Internet!) grows smaller, our Christianity will grow larger, broader, more inclusive.

Last month the Public Religion Research Institute found that forty-four percent of young evangelicals between the ages of 18 and 29 support gay marriage. It also found that 52 percent of all Catholics—despite the explicit teachings of the Catholic church—favor same-sex marriage.

Polls consistently now show that in America support for gay marriage is no longer the minority opinion.

This past May, Focus on the Family president Jim Daly said this in an interview with WORLD magazine:

We’re losing on [the issue of homosexuality], especially among the 20- and 30-somethings: 65 to 70 percent of them favor same-sex marriage. …. We’ve probably lost that. I don’t want to be extremist here, but I think we need to start calculating where we are in the culture.

When the president of Focus on the Family basically gives up on the gay issue, you know things have changed.

The religious right can rail, scream, and protest all it wants that (to quote diehard Christian conservative Albert Mohler) “Liberalism just does not work.” For all I know, Mohler may be perfect right about that.

But one thing’s for sure: our children and grandchildren will find out.