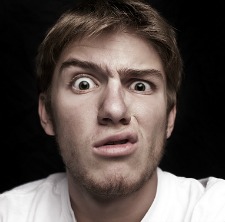 As part of his ongoing responses to yesterday’s post (Pastor Marc Monte: Satan called. Loves your work), this morning pastor Monte continued to press his case that victims of abuse should simply “radically forgive” by posting these two tweets:

to which I responded by tweeting:

Throw in other recent Monte tweets around this (sort of) debate, which include such enjoinders as, “Radically generous forgiveness is a good preventive medicine for mental illness,” “Dwelling on offenses is poison to the soul,” and “Practice the forgiveness of Christ and be set free today,” and you have a fairly comprehensive expression of a philosophy of forgiveness that today is very common, and which every day is not unlike a candy-festooned gingerbread house: it appears to be magical and wonderful—right up until you try to actually ingest it, at which point you realize that its hollow sweetness can only make you, Christian or not, ill.

More tomorrow (most likely; if not, Monday a.m.—when, as a gentle reminder, I’ll also be sending out my John’s Prayer for the Week mini-newsletter, which you can sign up to receive in your email here.)

Thanks, guys, for all. Much love to you.

March 16, 2013 And here I thought "Satan's plant" was an insult
Recent Comments
97 Comments | Leave a Comment
"FOR THE READER'S BENEFIT & EDIFICATION:To see https://www.monergism.com/topics/hell The Biblical information therein refutes the cultists ..."
Thomas Dickensheets Proof that believing in hell is ..."
"you quote from an apocryphal story which is not part of God's Word inserted into ..."
Gum Boocho Waiting for Bob Jones’s huge gay ..."
"The story you refer to, at the start of John 8, is not a part ..."
Gum Boocho Waiting for Bob Jones’s huge gay ..."
"There is a huge point to the prodigal son story that Jesus told that is ..."
Jesse Baker Dude: Being a Christian doesn’t mean ..."
Browse Our Archives
get the latest updates from
John Shore
and the Patheos
Progressive Christian
Channel
POPULAR AT PATHEOS Progressive Christian
1