Meet “Dr.” Marc Monte, the lead pastor of Indiana’s Faith Baptist Avon, an  Independent Fundamental Baptist (IFB) church. (The quote marks around “Dr.” are because Monte is a doctor like I’m an astrophysicist. He has nothing but one of those “honorific” faux-doctorate degrees that IFB leaders hand out to each other like little boys playing Now you knight me!—except, of course, these pretentious, potato-headed potentates then use their fraudulent titles to bolster the authority they wield over their churches with such impunity. Interesting, isn’t it, how leaders so passionate about remaining “separate from the world” at the same time so avidly co-opt the signifiers of power from that world—such as the title Doctor?)

Mr. Monte is a 1989 graduate of Bob Jones University, where he was awarded his B.A. in “Bible.” (Hint to people running fundamentalist faux-colleges: come up with a better sounding degree program name than just “Bible”—like maybe “Bible Studies” or “Biblical Theology.” At the same time you hand someone a degree in “Bible,” you may as well give them a sweatshirt with WHITE TRASH UNIVERSITY on its front. Another hint is to avoid giving your school a name that might cause it to be known as anything as laughably stupid as … oh, I don’t know, BJU. Just think how grateful the people who run BJU today would be for a chance to travel back in time and teach the founders of their school how to spell Robert.)

Bob Jones University is the criminally insane institution where the young woman whose story I shared in A Christianity to Make Satan Proud learned just how organically evil the IFB is.

Toward the end of last month, the good people at BJU News sent out a few tweets about the investigation of BJU for endemic sexual abuse currently being spearheaded by G.R.A.C.E., which stands for Godly Response to Abuse in the Christian Environment. (That name sets my teeth on edge, since it suggests a difference between a “Godly” response and the right response to abuse. And then there’s this. Then again, this.)

In reply to BJU’s update about the G.R.A.C.E. investigation, “Dr.” Monte felt compelled to tweet:

So remember, victims of abuse at BJU: None of you were, in fact, abused. You were all just having fun in a protected place. And the only explanation for your feeling any way otherwise is that you’re all psycho.

Furthermore, Pastor Monte wants victims of abuse to know that persisting in their belief that they’ve been the victim of abuse renders them abject failures, both as people and Christians:

And, finally, women should never forget God’s intention for them (and their hair):

So, to recap these fundamental beliefs held by “Dr.” Monte: No sane person is ever abused, victims of abuse should tell their story to no one but the police, and God wants women to wear the proper hairstyle and be submissive.

In a video on his church’s website, Pastor Monte, seeming just as down-home friendly as Gomer Pyle, says that he and his church reach out to the community “in love and caring and compassion,” and that the messages he preaches are “relevant and meets the needs of hearts today.”

If you would care to share with him your thoughts about any discrepancy you might detect between love, caring and compassion and the content of his tweets above, Pastor Monte can be reached at: preacher@faithbaptistavon.com.

UPDATE #2: In what I’ll venture to guess is in response to this post, this morning “Dr.” Monte published the following three tweets:

But before those ghastly expressions of ignorant banality, arrogant dismissiveness, and purely toxic cruelty, “Dr.” Monte tweeted, as his first response to this post, this:

To which I, just now, replied:

“Dr.” Monte’s response to that reply? He immediately deleted the post of his that prompted it.

I hardly expect Monte to respond, of course: I’m sure he’s much less interested in publicly engaging me than he is in privately emailing the woman (an exchange she has published here) whom he knows to have been sexually abused by her pastor father. He invited the woman, Linda, to phone him on his cell—the number of which, again, is (317) 201-3429. I’m sure he’d love to talk to anyone who might care enough to call him.

UPDATE #4: And now he’s apparently calling Linda a liar (and me a “self-proclaimed anti-Christian”). Someone along the line here has told me that “Dr.” Monte never responds to men who criticize him, but only to women. It’s starting to look like that really is the case.

But I’m sure he’s not talking about any of us. 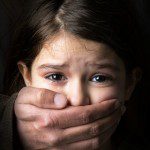 March 7, 2013
A Christianity to make Satan proud
Next Post

March 14, 2013 The Full Monte!
Recent Comments
385 Comments | Leave a Comment
"Y'all are nuts and I'm a Christian! Call evil out and yall are evil. Monte ..."
Lesa Jackson How I Blog (and Why I’m ..."
"abusers are master manipulators."
Brandon Roberts That lovable man who abuses you
"Triggered? No. Confused?... Yes. At the amount of assumptions you seem to be making stemming ..."
Isaac A Christianity to make Satan proud
"Can I elaborate? Absolutely. I could write books and books on the subject. However, I ..."
Liora Hess A Christianity to make Satan proud
Browse Our Archives
get the latest from
John Shore
Sign up for our newsletter
POPULAR AT PATHEOS Progressive Christian
1

Evangelicals and the Big Lie
I and others have been talking a lot about how conservative Evangelicalism...
view all Progressive Christian blogs
What Are Your Thoughts?leave a comment
Copyright 2008-2020, Patheos. All rights reserved.