The opportunity for straight Christians

The Not All Like That (NALT) Christians Project caused a handful of gay Christians to complain that the project was too divisive.

So I thought I’d take a moment to address this.

Gay Christians may or may not be worried about the “the body of the church” being divided. But a great many of them are legitimately worried about their entire lives being fractured into a million pieces. So of course their instinct is to tread with caution. Rushing, or on this issue at all appearing militant, could have disastrous consequences for them.

That particular concern is not mine at all. It can’t be. I’m straight. Save the approbation of the occasional fundy blog troll, fighting for gay rights costs me nothing.

Being a straight Christian makes me morally obliged to combat the evil of Christian anti-gay bigotry. It does so because standing up against bullies is always the right thing to do, because Jesus calls us to defend the unjustly persecuted, and because it sickens me that the religion which bears the name of Christ has been for so long so radically perverted by anti-gay Christians.

I understand that some gay Christians might want to take the LGBT-Christianity debate slowly. But that’s no excuse for me to do the same. When you’re being bullied, picked on, denigrated, and maligned, you want people to unequivocally stand up for you, to defend you, to help right the wrong being done to you. You might not be ideally situated to mount a defense of yourself, of course. But that doesn’t mean you don’t want others stepping up to defend you.

What we all want to do is make sure that we personally are on the right side of history.

For years I heard from straight Christians who desired a national platform from which they could proclaim their unqualified affirmation of LGBT people. As a result I and my friends at Truth Wins Out created the NALT platform.

Doing that was my job.

If you’re a straight, LGBT-affirming Christian, consider your opportunity to make a NALT video. If for some reason you’d rather not (and, frankly, personal vanity and/or an unwillingness to learn the simple steps it takes to make a video doesn’t count), then please consider doing something real and active and visible to champion the cause of gay people.

If you’re a straight Christian, you’ve got the power. God is watching how you use it. And, perhaps even more importantly, so are all the gay people yearning for a time when they don’t need defending at all.

December 15, 2013
One vote for Jesus being brown and Iraqi [VIDEO]
Next Post 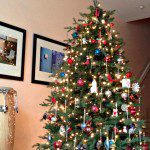 December 19, 2013 Christmas time is nigh: so bye!
Recent Comments
17 Comments | Leave a Comment
"Wow. Chris's response is 8 years old. Any update?"
Anthony Hendriks Pastor calls his Christian teenage son ..."
"So... you don't believe in the Holy Spirit, then? According to Jesus, it is the ..."
KraigDeKompressorKruncha Is hell real? What are we, ..."
"Thank you thank you thank you for this! This is exactly my story... Our story. ..."
ashley williams 1 Man, 2 Women In A ..."
"Hello dear Brother in Christ. You are experiencing Child Abuse and if it were possible, ..."
Marion Duncan Pastor calls his Christian teenage son ..."
Browse Our Archives
Related posts from John Shore