Above is the billboard the American Atheists have “launched” near the Metlife Stadium. It’ll be up through Super Bowl Sunday.

Though a Christian myself, I am not inclined to dislike atheists. I think very much, for instance, of Hemant Mehta, the Friendly Atheist. I have respect for Sam Harris. One of my all-time heroes is the late Christopher Hitchens, a genius if ever one was born. I wouldn’t be all that shocked if it turns out Ricky Gervais is God.

These are people who insist that the least we should ask of any faith system is that it be rational, reasonable, not … you know, manifestly morally offensive. Works for me. Works for anyone who’s sane.

If I were an atheist, though, the American Atheists would make me cringe. They’re so relentlessly obnoxious. The clear purpose of their dependably crass sensationalism is to above all offend. That’s cheap, easy, and childish. It does nothing to serve any cause at all beyond that which they seem to care most about, which is keeping the $potlight $hined upon themselves. The American Atheists are the pretentiously smug Rush Limbaugh and Glenn Beck of atheism, the arrogantly braying Tony Perkins and Brian Brown of Christianity.

They are—or certainly seem to be, anyway—the fundamentalists of atheism. They fight fire with fire. And that’s just a way for everyone to get burned. 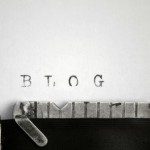 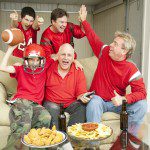 January 29, 2014 10 reasons why the Super Bowl is more fun than church
Recent Comments
40 Comments | Leave a Comment
"So... you don't believe in the Holy Spirit, then? According to Jesus, it is the ..."
KraigDeKompressorKruncha Is hell real? What are we, ..."
"Thank you thank you thank you for this! This is exactly my story... Our story. ..."
ashley williams 1 Man, 2 Women In A ..."
"Hello dear Brother in Christ. You are experiencing Child Abuse and if it were possible, ..."
Marion Duncan Pastor calls his Christian teenage son ..."
"I am interested in why we believe that we can measure that which is by ..."
Gary Kennedy Why atheists win arguments with Christians ..."
Browse Our Archives
Related posts from John Shore