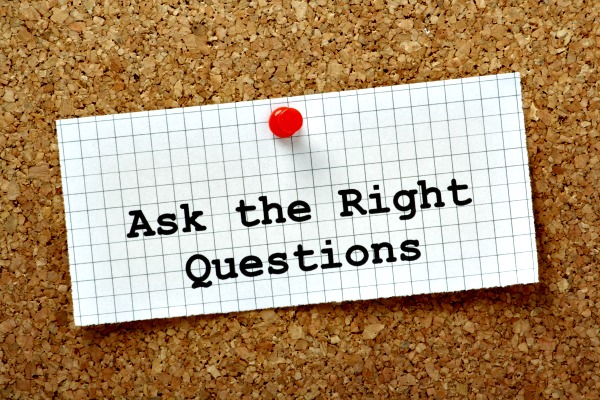 Going viral today is a post by pastor Kevin DeYoung called 40 QUESTIONS FOR CHRISTIANS NOW WAVING RAINBOW FLAGS. A few Christians have written me to discuss how they should respond to his chunk o’ chum—to ask how they can beat DeYoung at his own game. But that’s a fool’s errand: once you accept the premise of DeYoung’s questions—which it’s assumed you do if, hook by hook, you start taking his bait—then you’ve already lost. It’s like a reporter asking, “So, Mr. President, when did you first realize you’d have to hide the fact that you’re a Muslim?” The torpedo’s already been launched. (Although, Buzz Dixon does provide some great responses to DeYoung’s questions in his post on the Unfundamentalist Christians blog.)

DeYoung’s core premise informing every one of his questions is the same: Any Christian who affirms LGBT equality is sinning against God and destined for hell.

And this is exactly why DeYoung’s faux-humble questions are so loathsome: He’s flat-out (if ever-so-subtly) bullying Christians who have changed their minds, or are considering changing their minds, on the issue homosexuality. He knows his audience; he knows who reads The Gospel Coalition, where he blogs. He knows that many of his readers are right now questioning the idea that homosexuality is a sin. And he knows how emotionally vulnerable that kind of questioning can make people who were raised amidst the same brand of toxic Christianity that he makes his living selling.

With his feet firmly planted in his pulpit, he is trying to put the fear of God in those whom he knows are vulnerable to that manipulation. By their necks he’s trying to drag his “sheep” back into the fold. And how is he doing that? By attempting to make them feel, at the deepest level of their beings, that if they don’t toe the line on the issue of homosexuality they will incur the wrath of God and end up in hell.

DeYoung, and all Christian leaders of his sorry ilk traffic in fear. They rely upon the teaching and fueling of that fear to make their livings—and most of them are masters at stirring that fear while pretending to be doing nothing more than asking innocent, thoughtful questions.

How about we turn the tables, and ask Pastor DeYoung to answer questions that we ask him?

In bolded text below, find the questions from his post that he’s asked Christians to answer—followed by the question it triggered in me that I’d like him to answer:

6. If so, why did he reassert the Genesis definition of marriage as being one man and one woman? If so, why do you think it’s okay to quote from the Bible without any reference to the context of that quote?

7. When Jesus spoke against porneia what sins do you think he was forbidding? Why do you think it’s okay to quote from the Bible without any reference to the context of that quote?

8. If some homosexual behavior is acceptable, how do you understand the sinful “exchange” Paul highlights in Romans 1? Why do you think it’s okay to quote from the Bible without any reference to the context of that quote?

11. As you think about the long history of the church and the near universal disapproval of same-sex sexual activity, what do you think you understand about the Bible that Augustine, Aquinas, Calvin, and Luther failed to grasp? Do you have an organic, internal moral sense, or compass, that operates within you, by which you are capable of judging right from wrong without having to first validate that judgement by checking it against the opinions of historical figures?

12. What arguments would you use to explain to Christians in Africa, Asia, and South America that their understanding of homosexuality is biblically incorrect and your new understanding of homosexuality is not culturally conditioned? What arguments would you use to explain why you’re incapable of determining right and wrong for yourself—of having to first gather together the opinions of people all over the world before formulating an opinion of your own?

13. Do you think Hillary Clinton and Barack Obama were motivated by personal animus and bigotry when they, for almost all of their lives, defined marriage as a covenant relationship between one man and one woman? Do you find that questioning the morality of others in any way benefits your own moral condition?

14. Do you think children do best with a mother and a father? Do you think that what most matters for a child isn’t the sexual orientation of his or her parents, but rather the quality of their characters?

15. If not, what research would you point to in support of that conclusion? If not, have you ever met any families?

16. If yes, does the church or the state have any role to play in promoting or privileging the arrangement that puts children with a mom and a dad? If yes, have you ever known any parents who wanted the church and/or state to tell them how to live their lives?

20. Should marriage be limited to only two people? Should you replace Jerry on The Jerry Springer Show?

22. Should there be an age requirement in this country for obtaining a marriage license? Do you think it’s acceptable to foster the persecution of an innocent sub-population by posing inflammatory and irrelevant questions as if those questions were thoughtful, legitimate, and pertinent?

23. Does equality entail that anyone wanting to be married should be able to have any meaningful relationship defined as marriage? Do you think it’s acceptable to foster the persecution of an innocent sub-population by posing inflammatory and irrelevant questions as if those questions were thoughtful, legitimate, and pertinent?

25. Should your brothers and sisters in Christ who disagree with homosexual practice be allowed to exercise their religious beliefs without fear of punishment, retribution, or coercion? Is it ever okay for anyone to teach and preach that innocent people are abominable offenses to God?

30. Is it a sin for LGBT persons to engage in sexual activity outside of marriage? Do you really not understand that it’s impossible to judge the sinfulness of any sexual intercourse without first establishing the emotional context of that intercourse? Do you fail to grasp the moral difference between loving consensual sexual relations and, say, rape?

31. What will open and affirming churches do to speak prophetically against divorce, fornication, pornography, and adultery wherever they are found? What will closed and condemning churches do to stop themselves from the ego-delusion that they’re “prophetic,” and then from rotting into oblivion?

37. As an evangelical, how has your support for gay marriage helped you become more passionate about traditional evangelical distinctives like a focus on being born again, the substitutionary sacrifice of Christ on the cross, the total trustworthiness of the Bible, and the urgent need to evangelize the lost? As an evangelical, how has your condemnation of gay marriage helped you better understand any of those things?

38. What open and affirming churches would you point to where people are being converted to orthodox Christianity, sinners are being warned of judgment and called to repentance, and missionaries are being sent out to plant churches among unreached peoples? What closed and condemning churches would you point to where people of every stripe feel unquestionably welcomed, where nobody is shamed, persecuted, and condemned for being inherently sinful, and whose leaders aren’t deeply concerned about how much money they’re making or how much power they wield over others?

July 1, 2015
Want me to evaluate, edit, co-write, ghostwrite, or help you develop your writing project?
Next Post 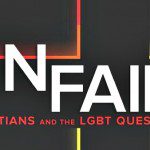 July 4, 2015 "UNFAIR: Christians and the LGBT Question" now on 4th of July sale. Because freedom. And fairness.
Recent Comments
209 Comments | Leave a Comment
"Thank you thank you thank you for this! This is exactly my story... Our story. ..."
ashley williams 1 Man, 2 Women In A ..."
"Hello dear Brother in Christ. You are experiencing Child Abuse and if it were possible, ..."
Marion Duncan Pastor calls his Christian teenage son ..."
"I am interested in why we believe that we can measure that which is by ..."
Gary Kennedy Why atheists win arguments with Christians ..."
"Tell him there is a bigger world out there and many churches now accept LGBTQ+ ..."
John Sweet Pastor calls his Christian teenage son ..."
Browse Our Archives
Related posts from John Shore