“UNFAIR: Christians and the LGBT Question” now on 4th of July sale. Because freedom. And fairness. 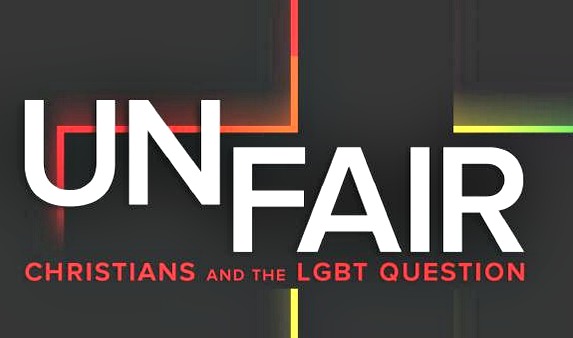 By way of celebrating our country, and the freedoms its brilliant Constitution guarantees to all of its citizens, I’ve cut the price of my book UNFAIR: Christians and the LGBT Question as low as Amazon will allow me:

$8.35 for the printed softcover

I wrote and edited UNFAIR because I knew that if I could prove that devout, emotionally mature gay Christians really and truly exist—and prove that by letting them tell their own heartbreakingly inspiring stories—then I would have the single most potent argument against the ruinous notion that being gay is an offense to God.

So I put out a call on my blog for gay Christians to send me their stories.

And boy, oh boy, does any one of their stories obliterate the noxious notion that it’s impossible to be at once truly Christian and truly gay.

And taken altogether, as they are in this book? Well. Wall of Jericho, and all that.

Following its introduction, UNFAIR opens with my essay Taking God at His Word: The Bible and Homosexuality; following that it presents 27 of the most moving personal stories I know I’ll ever read; rounding out the book are fifteen of my most influential essays on this matter.

(And to quickly answer a few emails I’ve recently received: I’m not gay. I’m straight. That’s not an issue. The issue is that “With liberty and justice for all” must mean all. Because anything else is unfair.) 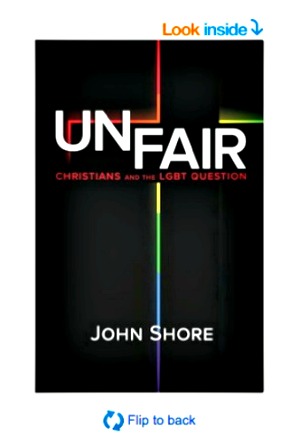 (Hey, so early tomorrow morning my wife Cat and I are leaving for a plane flight across the country, to do … stuff that neither of us can believe we’re actually doing. In the launching of my [resurrected] newsletter that I’ll be sending out next week, I’ll be sharing what we’re doing, which is … well, bigger, by far, than anything we’ve ever done, together or separately. You can subscribe to my [free] newsletter on my website.)
Previous Post

July 14, 2015 An explanation of my editor, ghostwriter, and writing coach services
Recent Comments
15 Comments | Leave a Comment
"So... you don't believe in the Holy Spirit, then? According to Jesus, it is the ..."
KraigDeKompressorKruncha Is hell real? What are we, ..."
"Thank you thank you thank you for this! This is exactly my story... Our story. ..."
ashley williams 1 Man, 2 Women In A ..."
"Hello dear Brother in Christ. You are experiencing Child Abuse and if it were possible, ..."
Marion Duncan Pastor calls his Christian teenage son ..."
"I am interested in why we believe that we can measure that which is by ..."
Gary Kennedy Why atheists win arguments with Christians ..."
Browse Our Archives
Related posts from John Shore