5 ways to make your girlfriend (or boyfriend) kind of start hating you July 30, 2015 John Shore 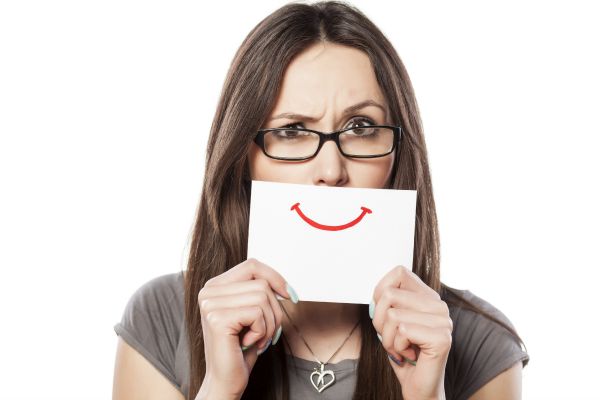 I get a lot of letters from young men worried that they’re blowing their relationship with the woman they passionately love. From such letters, and the follow-up conversations I’ve had with their authors (and the fact that I’ve been around long enough to be the grandfather of just about all of them), I have arrived at the following five things that guys (of all ages) often do in the course of their relationships with the women they love—things that they should definitely stop doing if their goals are have their significant others grow to love them more, not less.

(So far, in this regard, I’ve only heard from men sweating their relationship with the woman they love—so below I’ll write as if I’m addressing only that sort of chap. But of course the same advice would apply to anyone in a romantic relationship.)

5 ways to make your girlfriend kind of start hating you:

1. Be too intense about the relationship. Your girlfriend wants to be loved, not crowded so close she can barely breathe. Pretty constantly remind yourself to back off the relationship a little. Just relax about it, basically. She’s your girlfriend, not your wife. (Not that a husband should be all teeth-clenchingly Harrison Fordish about everything, either.) Big difference. Show her you understand that difference. Let things between you and your girlfriend unfold in a natural, organic way that’s comfortable for you both. The surest way to ruin a relationship is to try and force it. Too much sun (or rain) on a growing plant will only kill it.

2. Often communicate that without her in your life you are nothing. “Without you, I am nothing—I have nothing!” sounds super-romantic. And it is! But only if you say it to your girlfriend about once a year. Say it more often than that, and you run the risk that she’ll start to, you know, believe you. And you don’t want that. Because nobody sane wants to actually be everything to anybody. Nothing says “Leave me!” like crying, “I need you!” Cruel, but true. And, to be sure, there’s a fine line between, “I love you so much that the thought of not having you in my life drops me to the floor,” and, “You need to be the skeleton to my sack of meat.” Stay on the first side of that line—the side where it’s clear that ultimately you understand perfectly well that no one has the power to make you truly happy but you. Your girlfriend wants a man who knows who he is, not a man who is dependent upon her to make him into the man they both want him to be.

3. Make clear that you’d prefer she didn’t enjoy herself when you’re not around. I’m pretty constantly amazed by how many guys get upset or angry when their girlfriends go off with their own friends and have a whole bunch of fun. “But those feelings just show how much I love her!” they tell me. “No,” I reply (if I’m in a particular sort of mood), “those feelings show how much you need to be wearing a bib and sitting in a high chair.” The message, “I don’t want you to have fun without me!” is the same message as, “I’m an emotional suck-hole who won’t be happy until you’re stuffed and standing in a corner of my bedroom!” Never forget that before you were part of it, your girlfriend had a life. You don’t want to be routinely excluded from that life, of course. But you also don’t need to be there for every event within it. Ask yourself this question: How much fun could you ever really have with your girlfriend if she were incapable of having any fun unless you were there?

4. Act like she’s the only person in your relationship. A lot of guys fall into the mistake of believing that it conveys respectfulness, good-naturedness, and an appealing sort of low-maintenance togetherness to rarely express an opinion which contradicts an opinion already ventured by their girlfriend. When asked by his girlfriend, “Do you feel like having pizza tonight?”, for instance, such a guy will answer, “Sure—if you do.” “Do we have time to stop off at Target?” she’ll say. “I guess, if you wannna,” he’ll shrug. “Do you ever want to have children?” she’ll ask. “I dunno,” he’ll reply. “Do you?” “How do you manage to stand upright without a spine?” she’ll wonder aloud. “I dunno,” he’ll respond. “Are you capable of having a single solitary thought?!” she’ll scream. But she’ll be out the door before he’s had a chance to answer, “Why do you ask?” Remember: it really does take two to tango. If you keep making her drag you all around the floor, she’s bound to tire and drop you.

See also my post What Does a Woman Mean When She Says “I Need Space”?

August 6, 2015 The real reason anti-LGBT Christians are so obsessed with sex?
Recent Comments
12 Comments | Leave a Comment
Browse Our Archives
get the latest from
John Shore
Sign up for our newsletter
POPULAR AT PATHEOS Progressive Christian
1