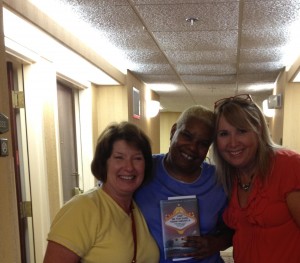 Ms. Terry wants everybody to know one thing: “I may not be the happiest person you’ve ever met but I’m the most grateful person you’ll meet.”

If that sounds incongruent, it’s only because you don’t know the rest of the story yet.

It was the only job she could get when she relocated from her home state of Michigan to her sister’s place in Georgia.

Prior to all that, Ms. Terry’s job had been raising her family of five kids — two of her own and three of a relatives who had passed. Her husband owned his own business. They had a lovely home right on the water’s edge. Life was good. All was well.

But then Ms. Terry’s husband up and died one day. Just like that. Fell over dead the way people do when their hearts give out.

She had a mortgage payment.

And six months later she had something else.

She went through all the rigmarole that entailed.

“They took a fish hook and pulled my muscle up,” Ms. Terry said, bending over and showing Pam and me how the doctor yanked her a new breast from her belly.

There was no insurance to cover the cost of all that.

Ms. Terry lost that beautiful house on the water that she and her husband raised their kids in.

And at age 49, Ms. Terry entered a deep depression.

Hard not to when a person’s whole world gets turn-upside-down-inside-out.

When your husband dies and you get breast cancer and you lose the only home you’ve known as an adult.

She moved in with her daughter for awhile.

But then her sister called from Georgia and said, “Come on down here.”

So Ms. Terry figured she’d go to Georgia, try to make a new start of her life. Only it’s a hard thing to do when the only career you’ve ever had was making beds and doing laundry. Ms. Terry doesn’t drive, you see. On account of all that seizures medication she takes for the epilepsy she’s had all her life.

She makes just enough money making beds at the motel to pay her bills. Barely. A friend gives her a ride to and from work. The ladies she works with help care for her. Once when she had a seizure at work and had to spend some time in the hospital, her co-workers took up the slack for her, made all her rooms up and saved all the tips for her. It wasn’t much but still, why should they save the tips for her, Ms. Terry protested, she hadn’t even been at work.

Moments like that remind Ms. Terry that she has a lot to be grateful for, even in the midst of the hard times.

The night before we met, Ms. Terry had been on the phone with two of her grandsons in Michigan.

Her grandsons were pleading with Ms. Terry to come see them.

She hasn’t seen her grandsons in three years.

I can’t imagine that, being away from a grandson for three years and my grandson isn’t even born yet.

It made Pam and me tear up just listening to Ms. Terry talk about her grandsons. Not because Ms. Terry was being whiny or anything. Far from it. She was just telling her story as a means to testify to God’s goodness to her.

“I may not be the happiest person you’ll ever meet,” she said. “But I’m the most grateful.”

Her husband’s death and that bout with breast cancer has taught Ms. Terry to be thankful for each and everyday, no matter the trouble it brings.

Raising her right hand skyward, Ms. Terry smiled and said, “It’s all God. He takes care of me.”

I know people, I’m sure you do as well, who have so much to be thankful for, yet, are anything but. Whiners. Never happy. Then someone like Ms. Terry happens along, someone who seems oblivious to all her troubles because she’s just so dadgum thankful for every single breath she takes, for every single day she lives, no matter how meager her living.

Ms. Terry said she belongs to  a good church. They do what they can to help her out.

But Pam and me?

Well Pam has a grandbaby she goes to see ever chance she gets.

And I have one on the way this summer.

So before we left that hotel in Georgia we took up a collection between the two of us and gave it to Ms. Terry along with a copy of WJBDW.  (The donation actually came mostly from the gals at Bare Bulb Coffee, who had given it as a blessing to me. I was just passing along their blessing to someone else.)

“Take this money and go see your grandsons,” we told Ms. Terry. “Do not spend it on anything else.”

She did the ugly cry, right there in front of God and the full-length mirror.

“Nobody ever did anything so wonderful for me in my life!” she declared, then Ms. Terry ran out the door to go and grab one of her co-workers to come meet us.

There was plenty of hugging in the hallway, and more than a few tears shed.

I know Ms. Terry thinks Pam and I blessed her but what she doesn’t understand is how great a gift she gave to us.

It’s not everyday you meet a grateful person.

But on the chance you do, pay attention.

Grateful people are the ones closest to God’s own heart.

May 24, 2012 Memorial Day & the Mattress Man
Recent Comments
3 Comments | Leave a Comment
Browse Our Archives
get the latest from
Evangelical
Sign up for our newsletter
POPULAR AT PATHEOS Evangelical
1 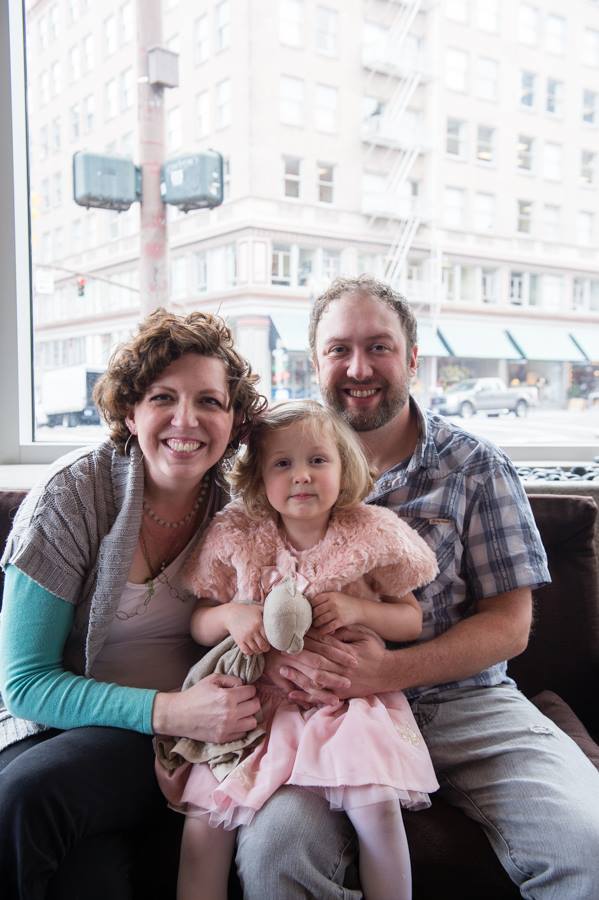 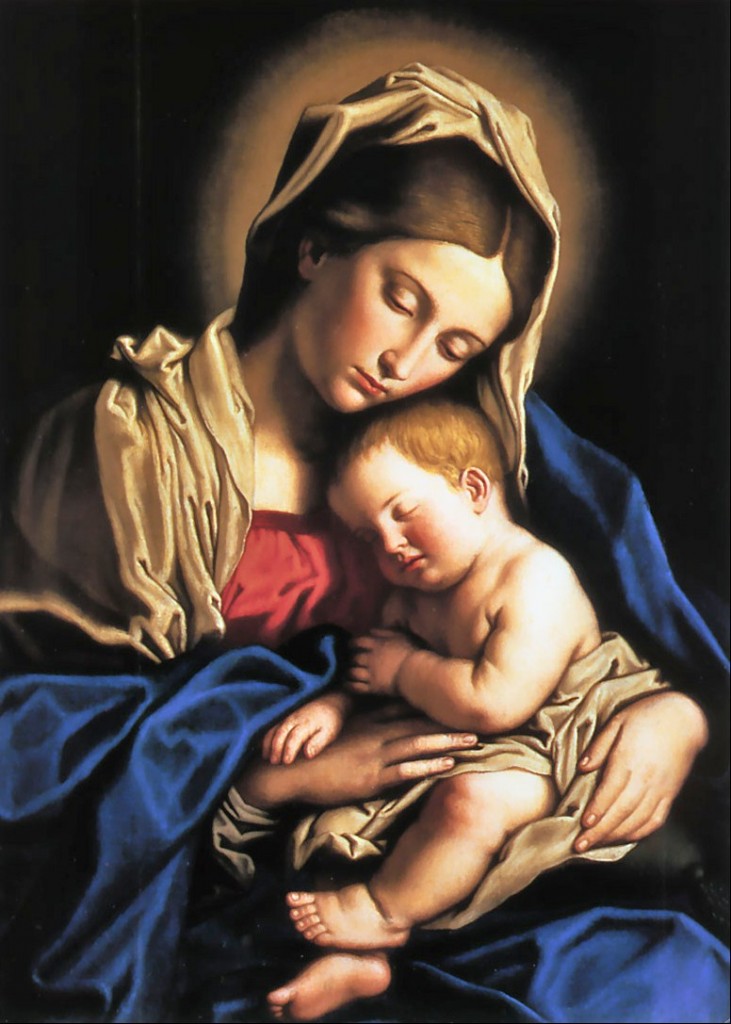