I’m in Portland for a book event tonight (Thursday) at Powell’s bookstore (7 p.m. Cedar Hills). So this morning I did a round of media in advance of the event.

My time slot was the last segment, which meant that I had to wait in the “Green Room” hanging out with the other morning guests — a woman who won a lap-band contest, the doctor who chose her as the winner, and a man who sells mattresses.

I learned so much about mattresses, I’m tempted to write a novel with the Mattress Man as the lead character.

He fills orders for 400 mattresses a day.

Where do all the mattresses go when they go bad? one woman asked.

Actually we use the stuffing for dog chew toys, the Mattress Man said.

You might want to stick with those rawhide chews instead.

Memorial Day is a huge weekend for mattresses, the Mattress Man added. One of our biggest weekends for selling  mattresses. He puffed out his chest and grinned broadly as he said it.

The way he smiled made me want to slap somebody.

It’s not his fault. He’s just the Mattress Man.

But for some of us, Memorial Day isn’t about mattresses.

I wanted to tell him that.

But instead, I simply shook my head and thought about the conversation I’d read yesterday between a group of young military widows. One of the widows was complaining about how so many people just don’t comprehend the purpose of Memorial Day.

Specifically, she was upset that so many people make Memorial Day about veterans.

It’s not about veterans, she said. It’s about the fallen. Veterans Day is for the veterans. Memorial Day is when we are supposed to remember the fallen and their families.

When we are supposed to acknowledge them. 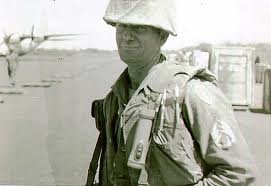 I’m off to Washington, D.C. tomorrow for the Memorial Day activities.

I will sit in the row I sit in nearly every Memorial Day and every Veterans Day.

And I will think about the Mattress Man,

and how so much of war really has nothing to do with anything honorable.

On Monday I’ll miss my father the way I have every day since 1966, and I’ll think of all the thousands of other children growing up here in America and in Iraq and Afghanistan without fathers present, some without mothers present. And I’ll think of the mothers and fathers who miss their fallen sons and daughters, and I’l weep for them all, the way I am now.

Because no matter what goes on sale over Memorial Day weekend, a mattress or more, none of it came cheaply.

Maybe you could buy a card and send it to the widow down the street and tell her you appreciate that.

I’ll already be among a family of veterans whom I love and appreciate. Men and women who fulfill the promise to my father, and our family, indeed, to all the fallen, and their families to Never Forget.

May 27, 2012 An Invitation of Honor
Recent Comments
3 Comments | Leave a Comment
Browse Our Archives
get the latest from
Evangelical
Sign up for our newsletter
POPULAR AT PATHEOS Evangelical
1