This weekend marks the anniversary of the murder of Karly Sheehan. Had she not been killed by her mother’s boyfriend, Karly Sheehan would be celebrating the end of yet another year of elementary school.

It’s easy to imagine Karly lugging around a backpack, chatting with classmates about her summer plans, which surely would include yet another trip to Ireland to visit with her Grandpa and Grandma Sheehan.  The thought of going to school thrilled Karly. She was a curious child, enamored with creepy-crawlies, especially those with wings, and four-legged critters of all sizes.

Karly was a peace-maker, often stepping in to offer a word of diversion whenever the other kids at Rugrats Daycare got crosshairs with one another. Karly didn’t like conflict. She wanted people to play together nicely.

Her killer exploited that quality in Karly.

But he wasn’t the only one.

Her mother, Sarah Sheehan, did as well.

Of the 20,000 children that have been murdered by abuse over the past 10 years here on US soil, the majority of them have had mothers who have played some part in their deaths.

The Department of Human Services which keeps the stats on all this labels it neglect. Neglect is the leading cause of child abuse fatalities in the U.S.

What do you think of when you think of neglect? The drug-addled mother who fails to feed her child? The Farmville-obsessed mom who forgets she left her eighteen-month old in the bathtub? The absent-minded mother who falls asleep and rolls over to suffocate her nursing infant? 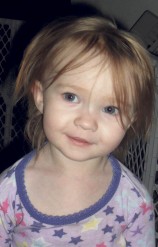 An aunt became suspicious after noticing an injury on Koralynn:

The general public might be able to dismiss Ms. Heupel’s complicity in that. Perhaps that the injury must have been so slight a mother could easily be convinced otherwise.

I’ve studied first-hand the photos of the injuries Karly Sheehan sustained in the months leading into her murder. I know that the only way Sarah Sheehan didn’t know that Shawn Field was torturing her daughter is because she didn’t want to know. The same way the general public doesn’t want to hear about Karly or Koralynn’s deaths, because knowing about it would require us to change our response to it.

How does a mother dismiss the injury caused by the raping of a two-year-old child? The child would be traumatized both emotionally and physically.

According to reports from the court documents, James Reeder repeatedly raped Koralynn and hurt her so badly that palm-sized patches of skin were missing from her buttocks. “I won’t go into graphic detail, but suffice it to say that in my entire legal career, this is the worst case of child abuse and neglect I have seen,” said Lewis County Prosecutor Jonathan Meyer. 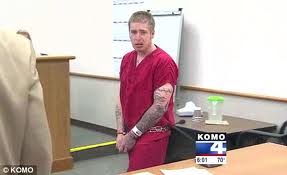 We’d simply rather not consider all the ways in which mothers are complicit in the rapes, torture and killing of their children.

Neighbors said they had often heard the girl crying loudly at disturbing levels. “I was tempted, so tempted to call the sheriff’s office and tell them about it because it was awful,” said neighbor Ella Morgan. “I’m so sorry I didn’t call somebody. A kid don’t cry all the time, and this kid cried all the time. I mean, (she) cried into a big scream.”

Child abuse ought to outrage a nation. But it doesn’t. The nation is too busy finding new lows of entertainment to pay attention to some nameless, faceless dead two-year old. Child after child suffers the way Karly did, the way Koralynn did, and yet, our courts and our communities fail to hold these mothers accountable for their “neglect.”

This isn’t a matter of morality, but it is a fact:

The more partners a parent of a young child introduces to that young child, the more likely that child is to be a victim of sexual abuse, neglect, torture or murder.

Or all of the aforementioned, the way Koralynn was. Yet, as in the case of Koralynn, and of Karly Sheehan, mothers are rarely charged with criminal neglect, or complicity in the murder. 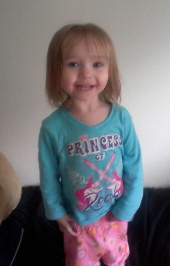 I spent five years documenting all the ways in which Sarah Sheehan repeatedly and knowingly placed Karly in the care of her killer. It is clear that I believe Benton County Prosecutor Scott Heiser’s biggest failure was his reluctance to charge Sarah Sheehan for her part in the torture and murder of her daughter.

Prosecutor Jonathan Meyer says that Reeder is not eligible for the death penalty because the child’s death wasn’t premeditated. I am tempted to send a copy of A Silence of Mockingbirds to him. This line of legal reasoning was used in Karly’s case as well.

Isn’t it high time we started doing more than holding a candlelight vigil when a child like Karly, like Koralynn ends up murdered? And isn’t it well past time our courts started holding mothers like Sarah Sheehan and Becky Heupel accountable with criminal neglect for the torture their babies endure?

Abused children don’t need our pity-party vigils or our crocodile tears — they need us to be a voice for them. Childhood obesity garners more public and media attention than the appalling epidemic of child abuse in this nation. And it will continue to be that way.

Until voices cry out from pulpits, platforms and the political podiums across this nation, children will continue to suffer at the hands of killers like Shawn Field,  and James Reeder and the women who partner with them.

Karen Spears Zacharias will be sharing Karly’s story at Orca Books in Olympia, Wa. at 7 pm on Saturday, June 2.