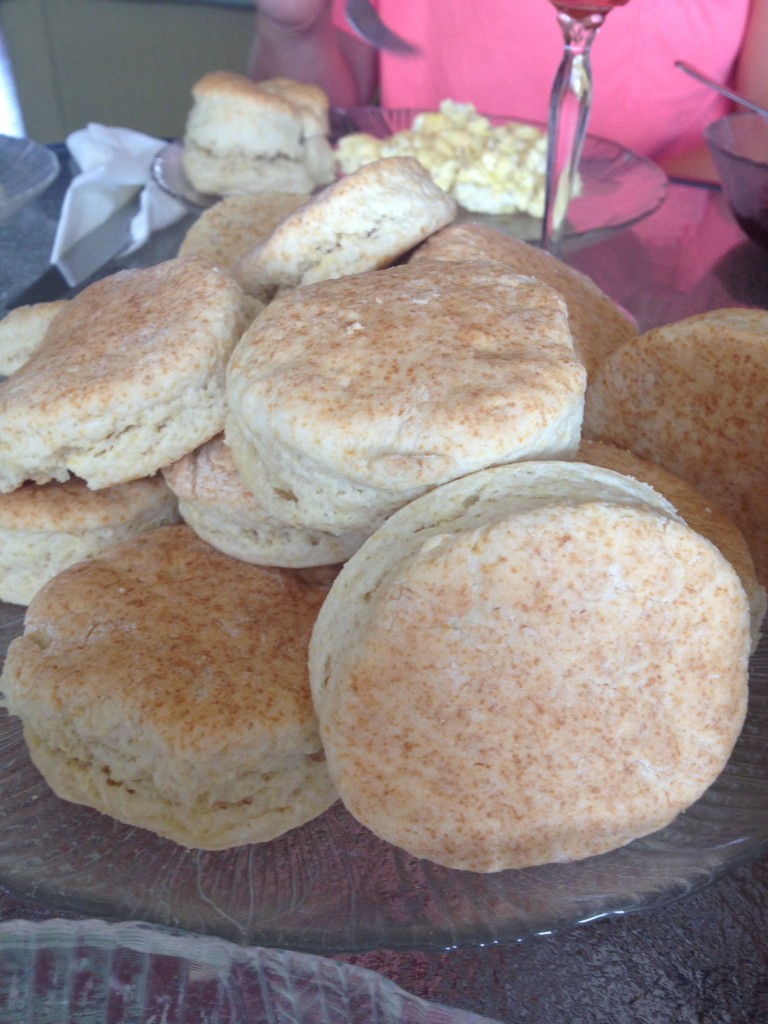 Sunday morning started with four cups of flour and Mama’s biscuit-cutter. There are two things my kids love better than anything — my biscuits and my carrot cake. The carrot cake is complicated to make. The biscuits are easy.

So easy, in fact, the making of them calms me, transports me back to the Appalachian kitchen of my great-aunt Cil, and I needed the calm on Sunday morning. 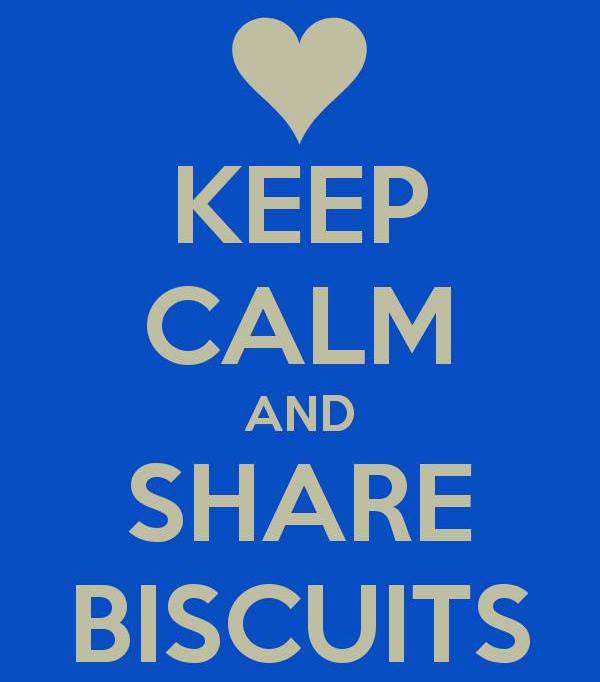 A friend sent me a text on Saturday evening, referencing Hugh Hollowell at Love Wins and saying how horrible it was what happened to them. I’d been at a book event that day and entertaining company that afternoon so I had no idea what horrible thing my girlfriend was referencing.

Hugh was threatened with arrest for serving biscuits in Raleigh’s Moore Park, my girlfriend informed me.

Holy Rolling Pin – you have got to be kidding me, I declared.

You may remember Hugh as The Marine I wrote about in Will Jesus Buy Me a Doublewide? It is Hugh and the biscuit ministry of Love Wins that most people recall from the book:

The Marine isn’t black and he’s not poor really.

“I could never be poor in the same way these people are. By virtue of my education and skin color I have options they would never dream of. Poverty is, more than anything, a lack of choice,” the Marine explains.

He adds that the homeless understand community in a way that many of us don’t because they have to.

“You and I do not need community,” the Marine says. “We have privilege. We have education. We have money. We were born white and inAmerica, which means we won the lottery. The homeless must have community in order to survive. The saddest thing to see is when one of them gets shunned by the others. It really can mean the difference between survival and not.”

When we want to go out and get food, we can lock our doors and turn on our home alarms to protect our property. The homeless have to ask the help of a neighbor.

“Hey man, can you watch my stuff while I get through that line?”

Life has beat them with their own bootstraps. They’re not resilient, they’re resigned. They don’t have the wherewithal to argue with the phone company or the bank teller or the light company. So they sit in the dark. And if they are very, very lucky, they have a friend like the Marine or the Biscuit Lady to sit with them.

A lot of us want to help the poor on our own terms. We want to give them a home in the burbs and a big-screen plasma TV because we believe that is the American Dream. We think that if only they had Jesus they wouldn’t be the way they are, they’d be like us. We Christians are bad that way. We treat people like they are paper dolls. We want to paste cut-out clothes and shoes on them and display them on our refrigerator doors.

Meeting Hugh was one of those life-changing moments for me. Hugh taught me to look at the homeless in a different way — in a relational way. As part of the research for writing, I went down to Moore Square, watched as Hugh and others served biscuits to the homeless.  I have never forgotten the lessons I learned from being with that community that day. Even now, sitting in my office, thousands of miles away from Moore Square, I remember the people I met that day, and the stories they told me. I don’t think of the homeless as a nameless, faceless group. I think of them as Vernon and Ronnie and Lena. By their names, their stories.

So it angered me when I read the story on the Love Wins blog about how the police told Hugh on Saturday that they could not serve biscuits unless they wanted to be arrested.  The making of biscuits on Sunday morning was my act of defiance and solidarity.

I live a long ways from Raleigh.

What else could I do but make biscuits, and pray for Hugh and the folks at Love Wins and the good people in Moore Park, who find themselves marginalized once more?

Word of the threatened arrest spread quickly via social media. If nothing else, Hugh Hollowell and the folks at Love Wins learned just how many friends they have, which really speaks to how changing the world really can happen one biscuit at a time.

The biscuit ban even made Good Morning America.

Way out in Colorado, my friend Alyse was so disturbed by what was going on in Raleigh, she wrote an eloquent blog post in which she asks the following: What if there is no them?  Just us.

And way down South in Georgia, the gal who first informed me about the Biscuit Ban, wrote her own troubled blog post quoting Hugh: “Our liberation is bound up in each other.”

We recognize that, of course. That’s how come we’ve been in all those wars, or at least that’s the marketing tool for war — that our liberation is bound up in the liberation of others. We preach that message to the world at large.

It’s just when it comes to the chronically homeless among us our city leaders would prefer to hide them than to liberate them.

All this isn’ t news, really. CBS reported last year that Mayor Bloomberg, the soda pop jerk, went so far as to ban the donating of food to the homeless shelters of New York.

And NPR has reported on the many ways in which cities enact laws that harm the homeless. Philly enacted a ban on serving food in public parks. City leaders  sound so eloquent when they talk about the ways in which they criminalize homelessness. They say it’s all about the dignity of the people, that every person deserves to have  a meal inside away from the harsh elements of Mother Nature.

What a load of dookey.

There is something seriously wrong with our laws and our city leaders when a bunch of narrow-minded homophobic bigots calling themselves Westboro Baptist church are allowed by the Supreme Court to raise all the ruckus they want at the funerals of dead soldiers and dead babies, yet, those who are feeding the hungry, carrying for the poor in public places, as Jesus commanded of all of us, are ordered to cease and desist or face arrest.

I never thought I’d live to the see the day that biscuits and black coffee are outlawed, and America’s ministers are forced to NOT feed the hungry under threat of arrest.