And Now It Begins: Catholic Groups Rise Up to Replace the Boy Scouts

Within twenty-four hours of the Boy Scouts’ big announcement that they will open the membership to openly gay Scouts, fathers and concerned citizens are stepping up with plans to organize new ways to gather young males around the campfire for marshmallows and song.  I thought it would happen—but I’m amazed, frankly, that it’s happening so soon.

I was going to tell you about two of the existing boys’ groups, which have a well-defined mission statement and a history of successful retreats and camp-outs and sporting events.  Today I learned about two new groups bursting onto the horizon:  groups which are rooted in faith and freedom, character and compassion.

So here’s my list of four boys clubs which encourage leadership and personal holiness, and which are still a whole bunch of fun.  I’m sure the list is by no means exhaustive; in communities across America, men are planning, working, developing new ideas.

I’ve known of this organization (named for the Greek word for “rock”) for years, and have always been impressed.  According to their website:

We believe in apologetics, brotherhood, charity, mortification, and prayer.

We believe, like Ignatius of Loyola, in giving until it hurts and not counting the costs.

We believe in Confession, the Eucharist, and the Communion of Saints.

We believe in dynamic orthodoxy and infectious joy.

We believe in the Gospel of Life.

We believe in doing as Brothers what we would reluctantly do alone.

We believe, along with Dominic Savio, in “Death, but not sin!”

We believe in helping and loving the least of our brothers.

We believe in an Iron Will that does not bend and does not fail in God’s projects.

We believe in praying hard and playing hard.

We believe in Jesus Christ and the keys He gave to Peter, the Rock.

Kepha differs from the Scouts in that boys and fathers always participate together, bringing them closer together in fellowship and faith.

In a phone interview a few weeks ago, I heard wonderful stories about their discipline (such as required cold showers during their camp-outs) and their social responsibility (visiting nursing homes and hospitals, and performing other charitable works).  I laughed to hear about “Yawns For Jesus”—the two-hour Eucharistic adoration at 2:00 a.m.

This “junior” division of the Knights of Columbus is intended for young men ages 10 through 18.  There are more than 25,000 Squires around the world, in more than 1,500 circles.  The Squires involves young men in programs to benefit the Church and the community, as well as in recreational and social activities.  The website describes the organization’s goals:

1. The Squires is designed to develop young men as leaders who understand their Catholic religion, who have a strong commitment to the Church and who are ready, willing and capable of patterning their lives after the Youth Christ.

2. A Squires circle must be sponsored by a council or assembly, but is run by and for young men, under the guidance of several Knights, who serve as counselors. Squires are to be leaders, thus, to the degree they are able, they are given the opportunity to lead, by running their own meetings, investing their own members, setting their circle’s agenda and implementing their program of activities.

3. Squires have fun. They meet new friends; they travel, play sports and socialize. Squires are serious-minded, too. Squires are involved in promoting vocations, marching in defense of unborn life, feeding the hungry, clothing the poor, supporting Special Olympics and promoting Catholic education, among countless other activities. Thus, the Squires circle is an athletic team, a youth group, a social club, a cultural and civic improvement association, a management training course, a civil rights organization and a spiritual development program all rolled into one.

OnMyHonor.Net is the nationwide coalition of concerned parents, Scout Leaders, Scouting Donors, Eagle Scouts and other members of the Boy Scouts of America who are united in their support of Scouting’s current membership policies and their opposition to the proposed resolution which requires open homosexuality in the Boy Scouts.  Their members are determined to avoid the mistakes which the Girl Scouts have made, with changes ranging from secularization to promotion of a gay agenda, supporting explicit sex education, and support for abortion.

Dr. Taylor Marshall, Chancellor of the College of Saints John Fisher and Thomas More in Fort Worth, Texas, has just announced plans to begin this new Catholic version of the Scouts.  Taylor is seeking collaborators across the country who can help him to bring this new organization to life.  Here, from Taylor’s website, is the “mini-manifesto” for the new Catholic Scouting organization:

Here’s the mini-manifesto in 7 points:

May 24, 2013
In Michigan, Pro-Lifers Surge Forward to Resist the HHS Abortion Mandate
Next Post 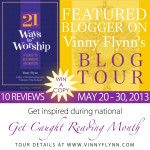