Last Saturday, public events called “Meet a Muslim” were held in 25 states in the U.S. and Washington, D.C., to inform Americans of “the true nature of Islam.” Here where I live, in metro-Phoenix, Arizona, one such informal, outdoor event was conducted in Tempe near the Arizona State University’s main campus. The Arizona Republic newspaper reported the next day that one of the young Muslim men participating in the affair, 23-year old Soleman Haque, said, “I’m really hoping to break the stereo-types and help people become more open-minded. Not to convert them, but to help them learn a little more about what Islam is and who we are.” Some held signs that read, “I’m a Muslim. Ask me anything.”

These young men stood on Mill Avenue, a busy thoroughfare that is largely frequented by ASU students. They then passed out a pamphlet that said, “True Islam is a religion that … rejects all forms of terrorism.” 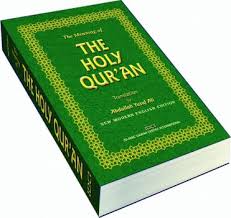 Now, Islam is a monotheistic religion that is supposed to be based its holy book–the Qur’an. Many Muslims are peace loving peoples. Yet the Qur’an commands Muslims to exercise terrorism. Consider the following texts in the Qur’an that I quoted in my post, “Are Muslims Being Radicalized with the Qur’an?“:

Consider some of my other following posts on this subject:

“El-Sisi Is Not the only Muslim Questioning the Qur’an”

“Is Islam a Peaceful Religion?”

So, I sympathize with these young Muslim men and other Muslims who last Saturday were trying to convince Americans with their pamphlet. But it also said Islam promotes “equality, education and empowerment of women.” That may be quite true of some sectors of Islam. Yet the Qur’an, which was produced in the early seventh century in Saudi Arabia, where there surely was no equality between men and women, declares, “Men have authority over women because God has made the one superior to the other and because they spend their wealth to maintain them. Good women are obedient … those from whom you fear disobedience,… beat them” (4:34).

I think Muslims have a problem with the Qur’an saying such violent things. Some Muslims object by countering that the Bible does likewise. I’ve posted about that, in which I claim there is a big difference. The Bible’s Old Testament merely tells about Jewish history in which there was violence; it does not command Christians to do violence to people who do not agree with Christian precepts as Islam does in its Qur’an.

Moreover, Jesus taught his followers to love their enemies and turn the other cheek. I therefore think that Egyptian President El-Sisi has been sounding an important message, that there should be some more investigation of the Qur’an, especially how these commands for Muslims to do violence got into it. He seems to be calling for a revision of the Qur’an, so that it wouldn’t say such.

Western nations are now no longer giving Muslims a pass about this. Yes, such nations are upset with Islamic terrorism, and some Muslims claim those people are not true Muslims. I could accept that if only the Qur’an didn’t have this promotion of violence. That is the source of these radical Muslims committing their terrorism. See my post, “Memorizing the Entire Qur’an.”

President Trump is trying to get the U.S. federal courts to allow his travel ban against citizens of six Middle Eastern nations that are predominantly Muslim from traveling to the U.S. And right wing politicians running for some heads-of-state elections in Europe are calling for the same thing, especially a ban on immigration of Muslims. Of course, the Europeans are encountering much more difficulty about this because of millions of pitiful Muslims fleeing their war-torn Middle Eastern states.

I think Muslims who conducted the “Meet a Muslim” events last Saturday throughout the U.S. were not considering the Qur’an. Had I been there and seen one of those signs that said, “I’m a Muslim. Ask me anything,” I would have asked them about some of the above, quoted texts in the Qur’an. And I have had some Muslims for friends. 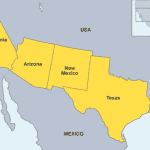 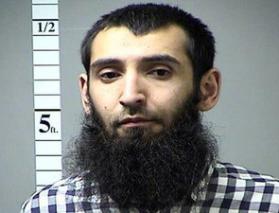