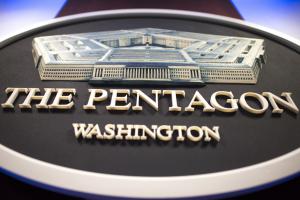 Through the years, I’ve posted a lot about UFOs, even writing a series of ten posts about the most famous UFO sightings. Most recently, I’ve posted about the U.S. Congress re-opening an investigation about UFOs and its recent progress. I think many UFO sightings that cannot be explained by known phenomena in our world are the work of angels.

The Bible has many accounts about angels interacting with human beings, with angels showing themselves as appearing human-looking and speaking to humans. The Bible also relates how angels are interested in observing human beings. The apocalyptic book of Daniel in the Old Testament calls these observing angels “watchers” (Daniel 4.17). In this case, they are God’s angels and therefore also called “a holy watcher” (vv. 13, 23).

The book of Hebrews in the New Testament tells about God’s angels being sent from heaven to earth to serve God’s people (Hebrews 1.14). The apostle Peter says things that God’s Holy Spirit does through humans are “things into which angels long to look!” (1 Peter 1.12 NRSV). And the apostle Paul says he and his associates conducting their missionary efforts have “become a spectacle to the world, to angels, and to mortals” (1 Corinthians 4.9).

Many have wrongly interpreted this as having happened in the past. On the contrary, it is a prophetic vision that has not yet occurred, and it will occur the last 3.5 years of this age (v. 6), when Satan “knows that his time is short” (v. 12). After that tribulation Satan causes, an angel will then have “seized the dragon, that ancient serpent, who is the Devil and Satan, and bound him for a thousand years, and threw him into the pit,” that is “the bottomless pit,” which I think is located deep inside the earth (Rev. 20.1-3).

An interesting feature that is prominent about unexplainable UFOs is that they often occur when humans are doing something significant, especially if it is in the sky. For example, Ukraine has been experiencing a rash of UFO sightings since Russia began its war there. This corroborates Bible revelations that angels are interested in such things. Shoot off a bunch of missiles or rockets into outer space, and there will be UFOs.

I think human beings will in the future improve their technology to the extent that they will be able to detect angels even though angels can make themselves instantly visible or invisible to humans and travel extremely fast. How long will it take–I have no idea. But it won’t be several hundreds of years.

I think humans identifying angels is indicated in Daniel 8.10. This text symbolically depicts the yet future Antichrist of the last days as a little horn. It says of him, “It grew as high as the host of heaven.” Host refers to God’s angels. The text continues, “It threw down to the earth some of the host and some of the stars, and trampled on them.” This is admittedly a difficult text, and I won’t take time to explain it fully here in a blog post, which should be brief rather than an essay. I think the NIV better translates this, “It grew until it reached the host of the heavens, and it threw some of the starry host down to the earth and trampled on them.”Angels are often associated with stars. I think this indicates the Antichrist will be physically strong and intelligent so that he will be able to outwit and outmaneuver some angels. BTW, this initial encounter will be in outer space since it says he “as high as the host of heaven.”

The U.S. Congress has renewed investigating UFOs. It has recently opened an office at the Pentagon for this purpose. Yet four days ago, the U.S. Navy rejected a request under the Freedom of Information Act (FOIA) to make public recent UFO videos that Navy pilots had taken, some which inadvertently got released to the public. The Pentagon has confirmed their existence while the Navy has said it is classified information that is not in the nation’s best interest to be released. Here we go again! The same ole coverup the Air Force carried out in the 1950s and 1960s with its Blue Book, which it closed in 1969. That was an investigation of about 12,000 UFOs. The Air Force had no convincing explanation and took the attitude of dismissing UFOs entirely. It this skeptical attitude about UFOs that Congress is now trying to overcome. 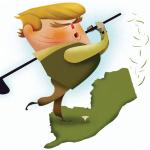 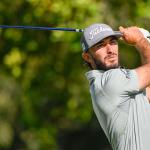 September 18, 2022 Max Homa Defends his Fortinet Championship
Recent Comments
0 | Leave a Comment
"At some point soon, Trumpo will be indicted. They cannot shy away from that for ..."
Michel The New MAGA
"Still defending the malignant Orange-Pig, even after all his crimes, treason, and EVIL have been ..."
The Zephyr 🇺🇲 <---> 🇺🇦 New Study Shows Republicans Misinform Way ..."
"MAGA - Many Are Getting Arrested"
Patrick The New MAGA
"My money is on 1) Saudis, and/or 2) Putin."
Barros Serrano Why Did Trump Take Classified Documents? ..."
Browse Our Archives
Related posts from Kermit Zarley Blog 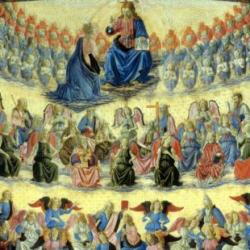 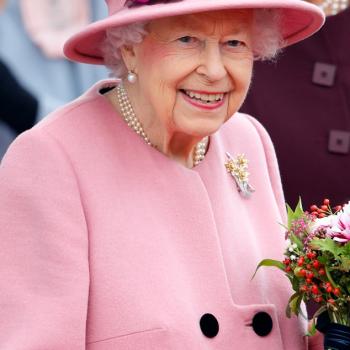 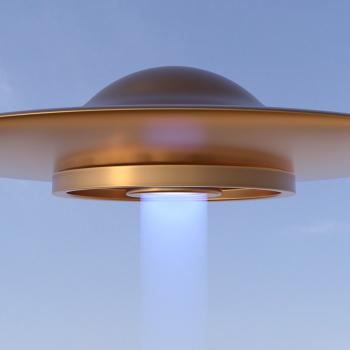