Matthew Paul Turner wrote this kick-ass post rounding up all the shards from the evanglisphere that have pierced my heart these past two weeks. Earlier this week I sat my fanny down to try to pull all these hateful shenanigans together into a single post of my own but it was far too painful to keep reading over all the vitriol so I took the easy way out and posted a thin, snarky (but true) piece about the damn Duck “Bible”.

After sharing a list of the heart-breaking cray-cray that he faithfully takes to task one by one, Matthew ends his post with this:

“And they are the reason why so many GLBTQ people laugh or roll their eyes or scream expletives when an evangelical says that he or she loves them. Because nothing they hear coming out of evangelical culture suggests love or non-hate… it’s the same rhetoric that evangelicals have been preaching in America for nearly 70 years, a rhetoric of shame and hopelessness.”

But here’s the puzzle that’s been on my table,  hell, for over 20 years…

As a queer woman raised by southern Christian parents of the Baptist persuasion (before that tribe got as cray-cray as they are now) I’ve lived the alienation by parents who truly believed that by first verbally abusing me then turning their backs on me they were doing what was right (righteous?), a tough love sort of intervention, because they were truly and sincerely convinced they were trying to same me from hell.  For them, the ultimate act of parental love and protection was to yank me by the scruff of my rainbow collar out of the lapping flames of hell. Really.  Their entire world view, their understanding of who God is and who they were in the world – the way the universe was created and how the world spins on her axis, included this fear that they would lose me to the lake of fire and never see me on the other side.

So I imagine that many, some truly good and loving people living the evangelical lifestyle, are not only afraid for their children, sisters, brothers, aunts, uncles or even moms and dads, but they are terrified that once they change their mind about how they understand homosexuality one of two things will happen. One, they themselves will have just bought a ticket to the demonic water park made of fire and brimstone or two, the rest of their theological and sociological world will come unravelled and they will be lost.  This notion was affirmed about this time last year with my experience of having a nearly two hour tête-à-tête with Mr. Fundy pants, I love the gays that is why I need to tell them they are going to hell, Billy Humprey.

Fear is the underpinning. Fear is a potent drug indeed. People the world over are easily controlled by fear.

But love, real love is not born out of fear. Fear does not come from God but from humans with hearts and minds too small to comprehend That Which Cannot Be Comprehended.

Aside: “Love the sinner, hate the sin” is a phrase we’ve all hear until we are as nauseous as as just stepping of a Carny-driven tilt-a-whirl after downing a steamy corndog, greasy funnel cake and a big gulp cherry cola.  But as it turns out, this phrase does not mean what the fundies think it means (shocker) and is NOT found in the Bible.

“Hate the sin and not the sinner’  is a precept which, though easy enough to understand, is rarely practices, and that is why the poison of hatred spreads in the world. Non-violence to be a creed has to be all-pervasivee. I cannot be non-violent about one activity of mine and violent about others.” Gandhi (Harian, 12-10-1935, p. 376)

Now where was I, oh yeah – fear and control.

So as I see it there’s another way of understanding types of evangelicals and  the lines are not simply drawn between affirming and non affirming.  There are the power hungry vipers who choose to lead and control through fear. If I recall, those are the ones Jesus rebuked over and over again until he was red in the face – hanging on a cross. And then there are those who a genuinely loving, faithful people who are convinced that by shaming and shunning they are not only loving the gays but loving God and themselves. They also have been convinced by the fear mongers that it is their job to do so in extreme ways that can and do lead to death.

But this is not God’s way.  If Jesus’ life, death and resurrection are supposed to teach us anything it is about the radical love of God that is free from fear and loathing.  This Jesus, born poor and dirty who grew to teach all who would listen about the love of God, the very spark of God that is within us all. This Jesus who was persecuted to death by those who were either afraid of  losing power or being crushed by those in power. This Jesus, who we are told is God and rose from dead after a brutal execution by God’s own beloved creation. This God who did not violently return to exact revenge that would have rightfully been his.

So where do we go from here and how do we help our sisters and brothers on their journey out of the darkness of fear? Keep telling the story of Love and keep walking along side them – one day at a time.

———
PS – Since we are quoting theologians of other realms I will close with this and then invite y’all to help me, help us all solve this conundrum. 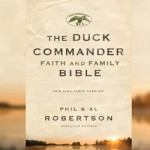 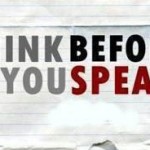 June 24, 2014 5 things you REALLY mean when you say "I don't approve of your homosexual lifestyle"
Browse Our Archives
Related posts from Kimberly Knight