Andrae Crouch: The Man Who Raised the Goal 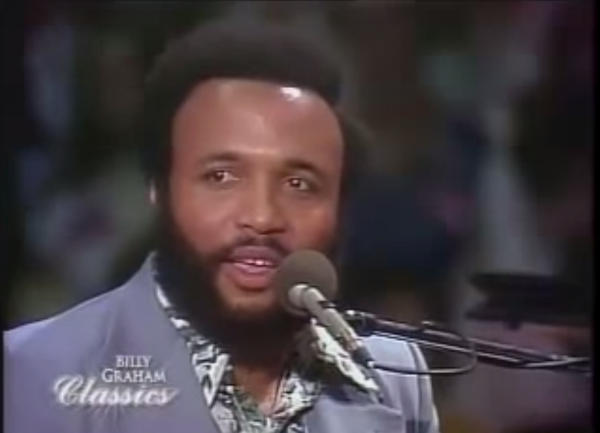 When I was seven I was invited to be a special guest at a huge church in town that was a majority white church of the lady my mother worked for as her housekeeper. Her family invited me to perform because I guess they saw something in me as a little kid I didn’t even see in myself.

I was amazed by the enormity of the church, the size of the choir, and their band. But the main thing I remember about it was this repeated statement from the people over the event’s production:

Kid, you’re really good! Someday, you’re going to be the next Andrae Crouch.

That was the first time I’d ever heard that name. Even though I was a young musician who got his chops growing up in the black church, I was influenced by hip hop, and R&B. But little did I know that the name Andrae Crouch was as big as many other names in popular music, and his influence was felt all of ever the globe. His pen became the sword that erased racial and cultural barriers within the birth of the JESUS MOVEMENT in the 70’s. No matter your color or denomination, the soundtrack of your church life was Andrae Crouch.

For a brief moment, that sound was silent the other day when Andrae was laid to rest at the age of 72. I was invited to speak at his homegoing serivice and, of course, the sanctuary was filled with the melodies God trusted him with for over five decades. The service included performances by Stevie Wonder, The Winans, and letters from past and present presidents. This man’s gifts need to be acknowledged for this generation and the generation to come.

To my embarrassment, some of the songs sung that day I grew up believing were just hymns found in the dusty hymnbooks in the backs of church pews. I was brought into another musical dimension and appreciation when I was told, “Those are Andrae’s songs.” (Donnie McClurkin even told me to be quiet after I kept asking in shock “That’s his song too?!”)

I had no idea his pen was so thick with God.

My son and I were shooting some hoops over my inlaws house once and I was impressing him with how well I could play basketball. Or how well he thought I could play. You see on this beautiful sunny evening outside with my son, I was slam dunking, making buckets, and flying through the air like I was “Kirk Jordan.” I’ll tell you why.

That day I’d impressed my son with my basketball skills because I’d lowered the goal.

I’m five foot four. In a real game, I’d have struggled immensely with acrobatic athletic exuberance because I can’t play basketball and am too short to dunk. Lowering the goal allowed me to succeed, but not at the appropriate level.

Our music doesn’t affect people the way it used to. It doesn’t create movements like it did during Andrae’s time. Is it because today’s worship leader is too busy trying to get the record deal, the applause, a higher church salary, and that crossover song? [The guilt is all over my hands, people!]

Every step we take away from the cross — and the cross alone – every time we focus on sales over souls… the goal gets lower and lower.

1. THE BLOOD WILL NEVER LOSE ITS POWER
2. TO GOD BE THE GLORY
3. SOON AND VERY SOON
4. JESUS IS THE ANSWER
5. WE ARE NOT ASHAMED

Those are just a few free throws and layups that won souls for the kingdom; written by Andrae Crouch.

I gotta practice my shot.

[Watch Andrae Crouch sing “Through It All” at a Billy Graham crusade in New Mexico in 1975.] 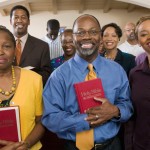 January 27, 2015
Why I’m Not in Love with Christianity’s Sub-Culture
Next Post 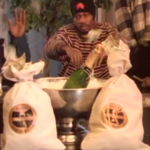 January 29, 2015 DOLLA DOLLA BILL, Y'ALL!
Recent Comments
0 | Leave a Comment
"Glad he is so careful to condemn lusting of the heart. I wish he would ..."
Smarter Dias The Great Divorce
"A big fan of your songs! felt so good reading this article, she is very ..."
Joyful Times Today Guest Post by Tammy Franklin: Marriage ..."
"steven furtick only preaches about himself. total ego me me me . He has never ..."
Mike Rights Why I’m Not in Love with ..."
"I just read this and I blogged something similar the other day: http://blogs4christ.weebly...."
Joe Peters Trust What He Allows
Browse Our Archives
get the latest from
Family
Sign up for our newsletter
POPULAR AT PATHEOS Family
1