Losing Control of the Church

As you’ve probably heard, the prominent Cardinal Raymond Burke spoke out recently against the direction the church has gone under the leadership of Pope Francis, telling the Spanish Catholic weekly, Vida Nueva, “Many have expressed their concerns to me. At this very critical moment, there is a strong sense that the church is like a ship without a rudder.” These people feel seasick and that the church’s ship has lost its way, he tells us.

It’s a revealing metaphor. A rudder, of course, is a control mechanism that, along with the helm, allows you to steer a ship, moving it in the direction you want. A ship without a rudder is a ship you can’t control. By giving voice to the feeling that church is like a rudderless ship, a feeling he pretty obviously shares, Cardinal Burke tells us something very interesting about his understanding of the church. For him, the church is an institution over which individuals exercise power. It’s a political space in which control can be gained, maintained, and lost.

The outspoken cardinal clearly doesn’t approve of the direction the church has recently gone, criticizing “the almost seaming forgetfulness of the Magisterium” and calling the Synod mid-term report “one of the saddest documents that I could imagine ever coming from the Church.” If he had his way, the church would be steered by men who share his interpretation of theology, canon law, and doctrine. Because other powerful church leaders, including cardinals and bishops, are trying, somewhat successfully, to direct the church into what Burke believes are dangerous waters, he worries the church has lost its way. The wrong people have too much control over the church, the right people not enough.

He’s not alone in his assessment. In The Spectator, Damian Thompson floats the idea that the church is in the early stages of a “civil war between liberals and conservatives,” fought over “fundamental issues of sexual morality.” He adds: “This is an awful thing to say, but we could be watching Jorge Bergoglio turn into Barack Obama.” New York Times columnist Ross Douthat muses that Pope Francis “may be preserved from error only if the church itself resists him.”

Whatever their specific merits or failings, each of these observations implies that the Catholic Church is a power structure and that it matters who wields power within it. Leadership in the church isn’t simply about service to the Good News and to God’s children; it’s also about acquiring power and maintaining control. These tasks require that those in authority preserve the structures of power that support their position and agenda and keep their opponents from gaining any ground. Power in the church, and by extension the church’s power out in the world, may be used well or poorly, in keeping with the gospel or in violation of it, in service to God or for the aggrandizement of men.

As it’s not always clear which is which, power wielded in the church should, I think, concern us at least as much as its exercise anywhere else. The leaders of the church are no more immune to corruption than princes or presidents, whether they’re doing basic diocesan administration or gathering to discuss the development of doctrine. For those of us who do not have official power within the church, the pressing question is what our response to the dynamics of power in the church should be. Do we leave the game to the ordained or do we enter the fray, seeking influence ourselves? By inviting our voices to be heard, the church implies the latter, but then we too must play with fire.

November 5, 2014
Religious Conversion in Malamud's 'The Assistant'
Next Post 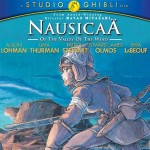 November 12, 2014 The Interpretation of Prophecy in Hayao Miyazaki’s 'Nausicaä of the Valley of the Wind'
Recent Comments
0 | Leave a Comment
Browse Our Archives
get the latest from
Catholic
Sign up for our newsletter
POPULAR AT PATHEOS Catholic
1

Yes, It's About the White Supremacy
suspended in her jar
Related posts from Kyle Cupp