Bearing a Cross in CW’s ‘Arrow’

This post is the third entry in my Religion in Pop Culture Series. Each week or so I will be looking at the representation and interpretation of religion in literature, film, television, and video games. Spoilers will abound. You can read the introductory post here.

The CW’s Arrow, easily my favorite show on television, has little in the way of explicit religious content. No one in Oliver Queen’s life, at least in the first two seasons, appears to be the church-going type. That is until Helena Bertinelli enters Oliver’s world.

We’re not privy to Helena’s specific religious beliefs and practices, if she has any, but we do see her visiting the premises of a church–namely a grave site on the church grounds. This is the final resting place of her fiancé who was murdered by her crime boss father, Frank Bertinelli. Helena had been secretly collecting evidence, saved on a laptop, of her father’s criminal empire. She wanted to expose him to the authorities, but her efforts fell apart when her father discovered the laptop and, believing that it belonged to her fiancé, ordered the young man killed.

Helena has sworn vengeance and become an assassin targeting her father’s associates. Until she meets Oliver Queen, the Arrow, her only “costume” is a cross she wears–a gift from her beloved. She bears the burden of knowing her own blood murdered the love of her life.

In the show, Helena is a tragic figure, a hero who became a villain. Her love and dedication to justice have been transformed into hate and hunger for revenge. Oliver Queen tries to show her how she can achieve her noble goal–bringing down her father’s criminal organization–without needless killing, but Helena has fallen too far. She’s out for blood. She means to take everything away from her father, piece by piece, before finally killing him.

Her metal cross is therefore an ironic symbol. Helena is no Christ-figure. She lives mercilessly by the gun and the crossbow. Not content with justice, she desires vengeance. As the Huntress, she repays evil with evil.

Is there hope for her? Oliver once thought so. I’m inclined to say there is. Oliver Queen’s own moral arc has gone from villain to anti-hero to hero, and I’d love to see the writers of Arrow or The Flash put Helena on that same trajectory, if with a bit more turbulence. In other words, I’d like to see her cross come to symbolize her hope for redemption. 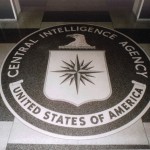