Deriving Morals, Laws, and Policy Ideas from the Bible

Commenting on the Newsweek cover story about biblical illiteracy, Hemant Mehta counsels us not to structure our lives and societies upon the words of the Bible: “for every Christian who claims to know the Bible,” he says, “there’s another Christian who knows that person is wrong. For that reason, it’s hardly a book from which we should be deriving our morals or laws or policy ideas.”

I take it that Mehta dismisses the Bible as a reliable moral guide not simply because Christians disagree about what the text means, but rather because he believes there’s no way to prove the legitimacy of one interpretation against another. It’s still an odd claim he makes, and not only because it ignores the history of biblical hermeneutics.

The fact is there is no universally-agreeable or indisputably-defined set of moral, legal, and political principles on which we could build social norms, legal structures, and public policies to which most every reasonable person would agree. The conflict of interpretations is hardly unique to the Bible or to religion. Even when we agree that one ought to do what’s right and avoid doing what’s wrong, we disagree fundamentally about what each one means and entails. For every reasonable person who claims to know right from wrong, there’s another reasonable person who knows that person is mistaken. People simply don’t reason the same way, in the same contexts, or from the same principles. 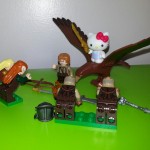 December 19, 2014
How the Hobbit Movies Should Have Ended: A LEGO Version Featuring Hello Kitty
Next Post 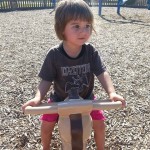 December 31, 2014 Parenting ProTip
Recent Comments
0 | Leave a Comment
Browse Our Archives
get the latest from
Catholic
Sign up for our newsletter
POPULAR AT PATHEOS Catholic
1