Should Christians Still Recite the Pledge of Allegiance?

[T]he release of the now infamous CIA Torture Report should be the final blow that closes the case on Christians reciting the pledge of allegiance. From reading the report, it should now be crystal clear to anyone who has read the teachings of Jesus as found in scripture that one cannot swear their allegiance to America while simultaneously giving our allegiance to the alternate way of Jesus. Absolutely, positively, impossible.

The contents of the report reveal what the US has done, and what has been done is anti-Christ– pure, absolute evil.

How a Jesus person could continue to swear allegiance to an entity that engages in behaviors that are so unarguably anti-Christ, sins against God, and crimes against humanity, is beyond me.

Fidelity to any organization will at times mean aligning oneself with institutional evil, remotely and materially if not formally. If you belong to an organization, you will have to tolerate evil, sometimes very grave evil. No organization is exempt from structural sin–not the state, not the church. Nevertheless, some evils are so intolerable, so embedded in an institution, that you cannot in good conscience pledge allegiance to that institution.

Christians should understand this. Our loyalty is to God above all else. We might have to choose between Jesus Christ and a job, or a friendship, or a political party, or a religious community, or the state. If we’re not willing to sever every allegiance for the sake of God’s Kingdom, then we’re really not followers of Christ. Every Christian has to tolerate evil, but every Christian also has to ask herself what evils she is willing to tolerate.

The United States of America receives no special graces or blessings that keep it mostly on the side of Christ. It’s not and never has been a “Christian nation.” It is not the world’s savior. American Christians do not owe their nation permanent loyalty. For Corey, the US absolutely crossed the line, although he already had serious concerns about the pledge.

I sympathize. The US flag doesn’t symbolize liberty and justice for all–or a nation-state that should always remain indivisible and in existence. What allegiance I have to my country is conditional. Unless we see fundamental and structural reforms, I do not wish for the US to persist until the end of history. I believe the people of my country have done great good and have the capacity for great good in the future, but the reformers aren’t running the show, and I’m not overflowing with hope.

I suppose, though, that Advent is not a fitting time to despair. Let’s get to work.

December 10, 2014
Making Millions Off of CIA Torture
Next Post 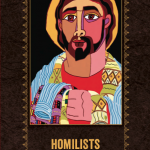