The Catholic Version of the Men’s Rights Movement 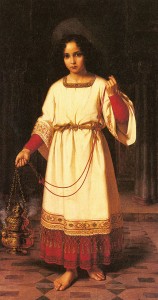 For those of you who haven’t heard of it, the Men’s Rights Movement (MRM) is a reactionary counter-movement to modern feminism. Those who associate with it believe that the feminist movement has disadvantaged, marginalized, and oppressed men and that men must now reassert and defend their rights. Some individuals and groups within the movement are known for their misogyny and conspiracy theories. My friend R. Tod Kelly wrote about the MRM for The Daily Beast back in late 2013.

I was reminded of the movement yesterday when I stumbled upon a website called “The New Emangelization.” The site’s tagline–“Drawing Men to Jesus Christ and His Catholic Church”–sounds innocuous enough, but an interview by the site’s founder Matthew James Christoff with the prominent American cardinal Raymond Leo Burke shows a more belligerent face.  Like the MRM, the New Emangelization project is antagonistic toward feminism and feminist social gains. It argues that the Catholic Church has been feminized and that this process had led to a “man-crisis,” an “exodus” of men from the Church and men who are now casual about the faith because, in the words of Christoff, these men “think that the Mass is feminized and they don’t really understand the powerful manliness of the Mass.”

Cardinal Burke is on the same page, noting:

The Church becomes very feminized. Women are wonderful, of course. They respond very naturally to the invitation to be active in the Church. Apart from the priest, the sanctuary has become full of women. The activities in the parish and even the liturgy have been influenced by women and have become so feminine in many places that men do not want to get involved.

Men are often reluctant to become active in the Church. The feminized environment and the lack of the Church’s effort to engage men has led many men to simply opt out.

For Cardinal Burke, feminism is largely to blame: “the radical feminist movement strongly influenced the Church, leading the Church to constantly address women’s issues at the expense of addressing critical issues important to men.” He believes feminism has also harmed marriage:

I recall in the mid-1970’s, young men telling me that they were, in a certain way, frightened by marriage because of the radicalizing and self-focused attitudes of women that were emerging at that time. These young men were concerned that entering a marriage would simply not work because of a constant and insistent demanding of rights for women. These divisions between women and men have gotten worse since then.

In response to these alleged woes, Cardinal Burke says the Church must return to the tradition of “heralding the heroic nature of manhood.” The Church, he claims, has “become too influenced by radical feminism and has largely ignored the serious needs of men,” and so heralding the heroic nature of manhood would mean, in practice, emphasizing the serious needs of men and pushing back against what he sees are the influences on the Church by radical feminism. The cardinal, for example, would do away with girl altar servers.

While I agree that decreased Mass attendance and diminished reverence for the liturgy are serious issues in the Church, my head hits the desk at the New Emangelization project’s blaming women and the pursuit of their rights for these ills, especially when the supposed “man-crisis” is the fault of men not being able to serve and worship as well in the company of women and in a more “feminized environment.” If women pursuing their rights, fighting systematic oppression and marginalization, and gaining influence in the Church makes men reluctant to become religiously active, that speaks poorly of these men. They need to grow up, but they’re not going to do that by being fed overly romanticized notions like the “powerful manliness of the Mass” and the “heroic nature of manhood.” And pushing back against the service and influence of women in the Church, particularly by catering to immature men with unrealistic ideals of masculinity, will do women no favors. Quite the opposite. 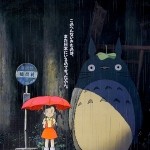