What My Newest Newborn Taught Me about the World

What My Newest Newborn Taught Me about the World February 10, 2015 Kyle Cupp 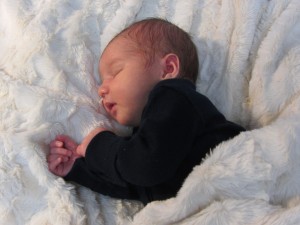 Often while holding my infant son, he’ll open his blue eyes, turn his face towards mine, and give me a look that says, “Oh, it’s you. Wake me up when someone interesting comes along.” But just as often he’ll smile big and babble, expecting a jovial exchange. His eyes are bright and full of warmth. I do not doubt his love.

The little fella doesn’t ask for much. Warm milk. Cozy clothing. Someone to walk him around. Not much. Only the world. Only everything. And we give it to him. Because he needs it. He’s entirely dependent on us.

As with most parents, love is our only incentive to care and provide for him. Thought of accolades or compensation doesn’t enter into it. He’s our son. We’re his parents. The bond we share is motivation enough for sleepless nights and every other sacrifice. We live in his heart and he lives in ours. Total self-gift goes with the territory.

As we grow out of childhood, we become less dependent on others and more self-reliant, but this independence has a price. We lose sight of our shared dependency and our mutual responsibility. Our common humanity becomes an excuse for ruthless competition rather than generous collaboration.

Lately, when I’ve rocked my son in my arms, I’ve wondered whether love could be the principle governing everything we do individually and collectively. Radical that I am, I believe the world could be different than it is. Political leaders talk a lot about freedom and safety and prosperity; they rarely speak of love. Love is for private lives, for families and for the church. Maybe for a vague sense of patriotism. It’s not a virtue of political and economic order. Not even as an ideal.

And why not? Because it would turn the world on its head. The first would be last and the last would be first. If the Gospel is to believed, the world was made for love, and there is nothing so powerful, no virtue so great, as love. When love calls, nothing else can matter, but before we can heed its call, we have to care enough to listen. That’s easy to do with babies. They cry and fuss and make messes that smell unpleasant, but they’re not yet ruled by the principles that govern the world.

Jesus showed us what love means, but he also showed us what happens to those who speak to the world on love’s behalf. Jesus came to make all things new; all things trembled and most things rebelled. I suppose that’s a paradox of Christianity: the hope that love can rule a world that has always and will always rebel against it. Nevertheless, it’s a hope that I share and perhaps the core reason that I call myself a Christian. 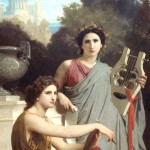 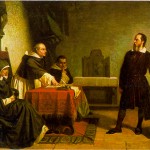 February 12, 2015 Resisting the Church
Recent Comments
0 | Leave a Comment
Browse Our Archives
get the latest from
Catholic
Sign up for our newsletter
POPULAR AT PATHEOS Catholic
1

Yes, It's About the White Supremacy
suspended in her jar
Related posts from Kyle Cupp