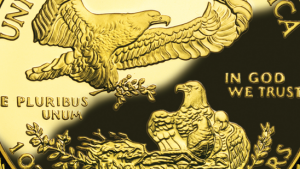 Some proponents of “free markets” seem to believe that people tend to do what is in their economic interest and so restrictions on private property rights are not usually necessary.

Thomas Sowell, in his book, Basic Economics, professes this basic belief in a way that unintentionally underscores just how grossly wrong it is. Sowell wants to make the case that fewer restrictions on property rights actually help the poor. This is sometimes true. Property rights can serve the whole of society by creating conditions, like self-monitoring, that lead to greater efficiency and productivity, lower costs, and higher standards of living. Sowell is also right that restrictions on property rights can have negative costs to society, including to those with little or no property to call their own, but then he errs so gravely I can’t take his economic theorizing seriously. While discussing general principles pertaining to government functions and property rights, he offers this example of why restricting property rights is bad:

“While strict adherence to property rights would allow landlords to evict tenants from their apartments at will, the economic incentives are for them to do just the opposite– that is, to try to keep their apartments as fully rented and continuously occupied as possible, so long as the tenants pay their rent and behave themselves. Only when rent control and other restrictions on their property rights are enacted are landlords likely to do otherwise.”

The second sentence is so painfully absurd I wonder if Sowell actually believes it, and yet I think he must because his economic philosophy presupposes it. Only–only!–when restrictions on property rights are enacted are landlords likely to evict tenants at will. Sowell assumes that if the property rights of these owners are not restricted, they will likely do what is in their economically interest. This assumption isn’t just a mistake about economics; it’s also a mistake about human nature.

First, people just aren’t that rational. We act contrary to our economic interests all the time, often because we’re not thinking about them, often because we’re not thinking rationally at all. We’re moved by deep-seated desires and erupting emotions, prejudices and passions, personal likes and dislikes. Throwing a tantrum in view of your boss isn’t economically advantageous, but it still happens. Bigotry against Muslims, gays, and others occurs even when it’s bad for business. We’re sometimes likely to act contrary to economic incentives because we’re sometimes likely to act irrationally.

Second, economic incentives are not the only rational incentives people value. Having children is an economic decision–it comes with extraordinary costs and often no personal economic benefit–but people don’t usually procreate because there’s an economic payoff. Other motivations are at work. People choose to have children even when the economic incentives are against it. We see this basic truth elsewhere, even in business decisions. Owners are sometimes willing to sacrifice the very life of their business for the sake of their moral or religious principles.

Sowell’s basic economics ignores basic human nature. And this is a widespread problem with market ideology. While purporting to be realistic about economic costs and benefits, the world it describes is not the world as it actually is. Private property rights are important. I agree it’s important to be realistic about the costs of restricting them, but we should also acknowledge that justice demands that we do so. People act against the good of others even when it hurts their business. That’s human nature. Faith in the “free market” is both misplaced and injurious.

March 10, 2015
What the Church Allows Isn't Necessarily Right
Next Post