Who Supports Big Government Regulation of the Market, Whatever the Cost? Pro-Life Activists. 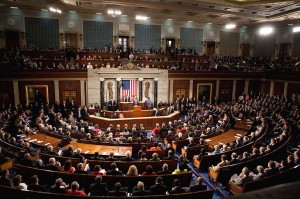 Political conservatives often oppose government regulation of the economy because these regulations have negative economic consequences, sometimes worse that the problems the regulations are meant to address. Examples are said to include minimum wage laws, rent controls, and prohibitions of drugs and alcohol. Conservatives often scoff at liberals for supporting regulations simply as a matter of justice, even if the regulations have a major downside. There is a matter, however, on which many political conservatives support government regulation of markets and industry, no matter what the political and economic consequences: abortion.

By and large, the pro-life movement’s  principal purpose is to outlaw abortion. It seeks this goal as a matter of justice. Pro-lifers believe that the unborn are human beings owed the right to life and government protection of that right, and so they tend to back politicians and political candidates that promise to take steps towards making abortion illegal. They oppose pro-choice pols, even if their policies could potentially reduce abortion rates more than the promised efforts of pro-life candidates. Making abortion illegal is the purpose of their movement, and they pursue it whatever the cost to women, whatever the cost to the economy, and sometimes whatever the cost to their other political projects. These matters don’t matter when compared to the evil of legalized abortion.

Of course, outlawing abortions doesn’t stop abortions from happening. As the history of prohibitions amply shows, making abortion illegal, far from eliminating demand, would create an underground economy. Black markets tend to be much less safe and more unsavory. An underground market for abortion would be especially so given the nature of the procedure, all its risks and potential complications. Poorer women would be especially at risk.

Pro-lifers recognize this eventuality, but to them it’s irrelevant. To them, legally prohibiting abortion is a matter of basic justice. It should be pursued even though it would consolidate government power over the market and over women’s personal decisions. They would still work to ban abortion even if doing so had minimal effect on abortion rates.

I bring all this up to make a few simple points: people on both the left and the right believe that there are matters of such importance that government intervention in the economy is morally obligatory even if that intervention has considerable downsides. The disagreement really has more to do with what those matters are. Many conservatives who argue against big government by pointing to unintended consequences favor big government and aren’t bothered by unintended consequences when it comes to matters of vital importance to them.

March 18, 2015
Why the Church Should Oppose All Killing
Next Post