Why the Church Should Oppose All Killing 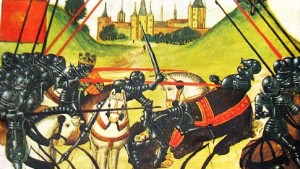 Catholic teaching doesn’t always add up to a coherent whole. Case it point: its moral teaching on the acceptability of killing.

For much of its history, the Church has supported the deliberate use of deadly force within a few specific situations. War, it says, can be declared and fought justly if certain conditions are met. Indeed, the Church has backed a war here and there. It’s done the same with capital punishment.

Recently, however, the Church has moved away from these stances. At the Second Vatican Council, the Church called the nations of the world to outlaw all war by international consent. It’s made prudential arguments against the use of the death penalty. These developments call into the question the old way of thinking. If both war and capital punishment are in some cases just actions, then they shouldn’t be illegal. If they should be illegal, then perhaps they’re not as just as the Church once thought.

The key development came with Evangelium Vitae, Pope John Paul II’s encyclical letter on the value and inviolability of human life. In this document, the pope described human life as inviolable not less than twenty-nine times, but even this text has its internal inconsistencies. At times the document speaks of inviolability as a quality belonging to innocent human life, but at other times it stresses that all human life is inviolable. The pope went so far as to write that “human life is sacred and inviolable at every stage and in every situation.”

So which is it? Is someone’s life inviolable only when she’s innocent? Or is her life inviolable because inviolability is one of its inherent qualities? The Church’s traditional support for just war and just use of capital punishment indicates that former, but the logic of inviolability says the latter.

If the inviolability of life is present only when someone is innocent, then it’s not human life itself that is inviolable. If this is the case, then it would seem that the the value of human life is relative and contingent, and not intrinsic and inalienable. You should respect my life only to the extent that I am innocent. If I’m not innocent, then you needn’t care for my life. My life demands no respect.

Inviolability is an especially strong word. If human life is inviolable, then it should be absolutely secure from disrespect and destruction. If deliberate killing is sometimes permissible, then sometimes human life should not be secure from disrespect and destruction. If so, then inviolability here doesn’t really mean anything. The word loses its moral force. Evangelium Vitae becomes a lot of hot air. 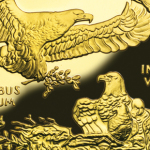