Manti’s Mission, The Year of Faith & Me

I’ve been praying about how to broach a topic that I know may be a bit controversial here on the blog with some of my friends who are readers and wonderful Catholics. I’ve mentally written, revised and trashed this particular topic at least three times this week, in the end chickening out from actually posting it since I didn’t think I could do it justice.

But an article in today’s CNN Belief Blog emboldened me. For those I am about to offend, I apologize. I hope you will only pass judgement on me, and not upon the other subjects of this article. Although I don’t know him personally, I hold Manti Te’o in the highest of regard. I feel compelled to share a bit on how I’ve come to this feeling, and what this amazing young Mormon man has taught me about my own beliefs during this Year of Faith.

This article first starting welling up in my brain several weeks ago — on October 13th, to be precise. That day, two days after we christened the beautiful Year of Faith Pope Benedict XVI gifted us as a call to renew our faith and to share it with others, my favorite football team beat Stanford University 20 to 13 in an overtime game that had hearts beating around the country. As a 1985 graduate of the University of Notre Dame, I’ve watched more than my fair share of stressful games. During our four years at ND, my husband Greg and I more frequently witnessed losses than wins, and yet we fell in love not only with our football program, but more importantly with the spirit of Our Lady’s university. In honesty, as a graduate of Mater Dei High School in Orange County, California, the game that most mattered to me every year was the USC game. We could lose every other match, but if we beat the Trojans, I was a happy camper.

So the day we hung on to beat Stanford, I pondered in my head whether there could be a connection in any small way between Irish football and the Year of Faith. Scandalous? Perhaps. Catechetically offensive? Maybe? But I couldn’t help myself.

Before I go any further, let me acknowledge the fact that many of you reading this have already written off my Alma Mater. You argue that she is too secular, that recent leadership decisions have turned a blind eye to her Catholic roots, and that she no longer deserves to call herself a Catholic university. I will save my arguments on those points for another day, but I want to acknowledge your right to make them and to ask you to continue to pray with me for the University and her students.

This article isn’t really about theology. It’s about football, and being a witness to the things you hold most dear.

Perhaps it’s ironic that during this Year of Faith, one of my greatest role models for standing up for my faith has come to me in the form of a young man who is a member of the Church of Jesus Christ of Latter-day Saints. Born just a few months prior to my own son Eric, Manti Te’o is a 21 year old dynamo, a team captain who honestly seems to be one of the major keys behind Notre Dame’s football success this year. I’ve obviously never met him in person, but I’ve had the joy of watching him for the past few years. And this year in particular, his witness has shone as he’s led the Irish on and off the field, even in the face of tremendous personal loss and tragedy

If you’d like to learn a bit more about him, I invite you to take a few moments to watch this video:

A few weeks after Notre Dame beat Stanford, I turned to my dear husband and told him that if we managed to make it undefeated through this season, I would treat him to a trip to Miami for the National Championship game for our 50th birthdays. Greg agreed (knowing he’d end up being the one to pay for the trip) — undoubtedly looking at the schedule and realizing that it was a fairly safe bet that I was crazy. The path to the BCS championship would involve not only a few improbable Irish victories, but also a few other key teams being upset.

But I watched Manti, I pondered the potential witness of a team following their hearts, and I believed. Don’t get me wrong — I’m not pretending that God had any hand in my Irish defeating USC last weekend. But I am saying that in a world in search of heroes and great role models, a football team from a Catholic university can make a difference.

Watch our players enter the field, rush to the end zone and take a knee to pray, and imagine young men around the country taking that object lesson to heart. See a time-out public service announcement that features Notre Dame students serving the poor around the world and know that hearts are touched. Watch our boys sing the Alma Mater in the endzone with tears streaming down their faces and remember that the words they sing are devoted to Our Lady.

Odds are against me winning two tickets to be physically present for the January 7th BSC Championship Bowl Game in the alumni lottery. So instead of sitting in Miami with my hubby, I may watch Manti and his teammates from my couch. Regardless, I know that they will be giving their all because they have faith, and they believe.

Some of them are Catholic, some aren’t. So obviously my tie in to the Year of Faith holds true not for the team, but really for myself. Just as my Fighting Irish have held fast to a dream, committed themselves to personal excellence, and served one another and their community with passion and zeal, I’m called to do the very same during this Year of Faith.

For the moments when I’m tired and would rather nap than blog, for the days when witnessing to the Truths of the Church feels too tough, or for the times when the future’s path for my vocation is unclear, I’m reminded to keep pushing.

Football isn’t theological in any way. And you may not believe that a national championship pursuit has anything at all to do with the New Evangelization.

But I believe in looking at success and trying to emulate it in my own small, simple way. I’d love to possess one ounce of the passion, drive and commitment that have brought Manti and his teammates to this moment in time. Win or lose on January 7th, they are champions in my book.

Who are models of courage, passion, strength and drive that you admire in your own faith journey? What can they teach us about giving our all when it matters most?

November 26, 2012
What Would You Discuss with Your Bishop?
Next Post 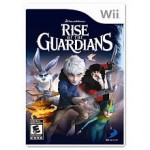 November 29, 2012 Win "Rise of the Guardians: The Video Game" for Wii
Recent Comments
0 | Leave a Comment
Browse Our Archives
get the latest from
Catholic
Sign up for our newsletter
POPULAR AT PATHEOS Catholic
1

Dale Ahlquist is on a mission...
Chaos and Old Night
Related posts from Lisa Hendey 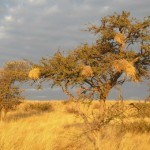 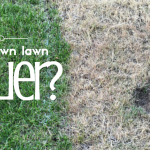 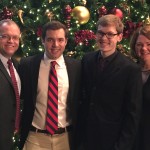 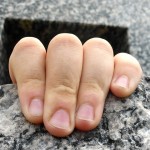 Catholic
What Keeps Me Hanging On?
Lisa Hendey
TRENDING AT PATHEOS Catholic