Let’s Answer the Call to Fasting and Prayer for Peace

Recently, I received the following press release about an excellent event that is being held this month. I wondered at the fact that this is the 22nd “International Week of Prayer and Fasting”, but only my first time to know about it. The nine day event will be kicked with an international conference on September 20 at the National Shrine in Washington D.C. with a host of fantastic speakers. But even if we can’t be there in person that day, you and I are invited to lend our voice to this plea for peace by participating in a weeklong fast and prayer vigil.

Today, more than ever, we need to be actively praying for peace in our world. With the daily news filled with horrific acts of violence not only in Iraq and Syria, but also in our own backyards, now is the time to fall to our knees. I am also praying about how I can combine my fasting with some concrete acts of mercy in my community, offered as a tangible sign of love for those who suffer.

In invited you to join me between September 20 to the 28th to pray and fast for peace in our world.

What can change the course of world events?

ATLANTA, Sept. 3, 2014 ­ The Islamic State of Iraq and Syria (ISIS) has brutally executed numerous Christians, including the most recent beheading of American journalist Steven Sotloff, and now is targeting Pope Francis. Many Christians are left wondering, “What can we do to help our brothers and sisters in Christ who are being persecuted for their beliefs?”  The International Prayer and Fasting Coalition is urging people of all faiths to a worldwide prayer and fasting campaign for peace from September 20-28, 2014.

The campaign, comprised of a coalition of Catholic and Christian organizations, will kick-off with an international event on Saturday, September 20 at the Basilica of the National Shrine of the Immaculate Conception in Washington, D.C. Guest speakers for the kick-off event include Dr. Scott Hahn, popular speaker and teacher on a wide variety of topics related to Scripture and the Catholic faith; Johnnette Benkovic, founder and president of Women of Grace and Living His Life Abundantly; and Fr. Dermot Roache, SMA, missionary in the Society of African Missions and author of the prayer Consecration of the Family to the Divine Mercy. Archbishop Timothy Broglio, the head of the Archdiocese of the Military Services, USA, will be the main celebrant and homilist at the noon Mass. In past years, the global prayer movement has received two apostolic blessings from Pope Saint John Paul II and a heartfelt blessing from Blessed Mother Teresa, who said, “You must do this week ­ God wants this. Prayer is the answer to the world’s problems.”

Citizens around the globe are also urged to participate as individuals, families and parishes by attending daily Masses, services and holy hours, going to confession, praying intentional prayers such as the Rosary and the Divine Mercy Chaplet, and fasting.  The goals of the “week” (nine days) are to pray and fast for the conversion of all nations, to build a culture of life and to promote peace in the world.

“Peace will not come to the world from the meetings of those whom we call the great leaders of the earth, nor from their agreements,” said Coalition chairperson Maureen Flynn. “Peace can only come to us from the return of humanity to God through means of conversion, to which we are being called this day by means of prayer, fasting and penance. Prayer and fasting can stop wars and will obtain for our nation and our world graces from God. Remember Lepanto in 1571, when Pope Saint Pius V proclaimed prayer and fasting, especially the Rosary, and the Christian force was greatly outnumbered by the Turks. Despite this, the Christians won the battle, and years later the Feast of the Holy Rosary was proclaimed on October 7, the day of victory. We need a new Lepanto in 2014!

What is the International Week of Prayer and Fasting from IWPF on Vimeo.

For more information or to participate in the free event at the Basilica of the National Shrine of the Immaculate Conception, please visit www.iwopf.org.

September 15, 2014 Following the @USCCB #PeacePilgrimage Online
Recent Comments
0 | Leave a Comment
Browse Our Archives
get the latest from
Catholic
Sign up for our newsletter
POPULAR AT PATHEOS Catholic
1 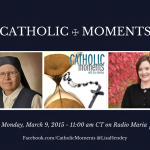 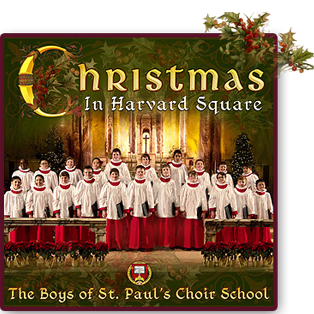