As I type this, I’m ensconced in a basement Starbucks in Chicago, still trying to figure out what time it is. My computer says one time, my phone another and my watch (remember those?) a third. Take your pick…  It’s been a busy but amazing week.

As I was sitting in the Dallas Fort Worth airport at 3:45 am this morning lamenting the lack of an open coffee shop, I paused to think about all the things that I didn’t do in Dallas during my visit their this week.

Try on boots or a cowboy hat? Um, not either of those.

Visit the Book Depository or the Cathedral? Unfortunately not.

But the truth is, my visit to Dallas (actually Irving, in the Diocese of Dallas) couldn’t have been better. This is my fourth time to attend and present at the University of Dallas Ministry Conference. As the Dallas Morning News noted, this opportunity just keeps getting better and better!

By all estimates, the country’s second largest Catholic ministry congress welcomed over 6,000 faith-filled souls this week. And while I may not have ticked off tourist destinations this week, I encountered some true superheroes:

I left Dallas this morning with a full heart and a deep desire to hurry back for a visit soon. This quote by author Pittacus Lore definitely holds true for Dallas:

“A place is only as good as the people you know in it. It’s the people that make the place.”

The people I met this week most certainly “made” Dallas for me.

And now, here are this week’s Sweet Tweets, brought to us by John Clem, O.F.S. 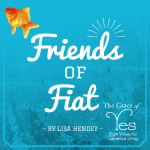 October 31, 2014 Meet "Fiat" the Goldfish
Recent Comments
0 | Leave a Comment
Browse Our Archives
get the latest from
Catholic
Sign up for our newsletter
POPULAR AT PATHEOS Catholic
1