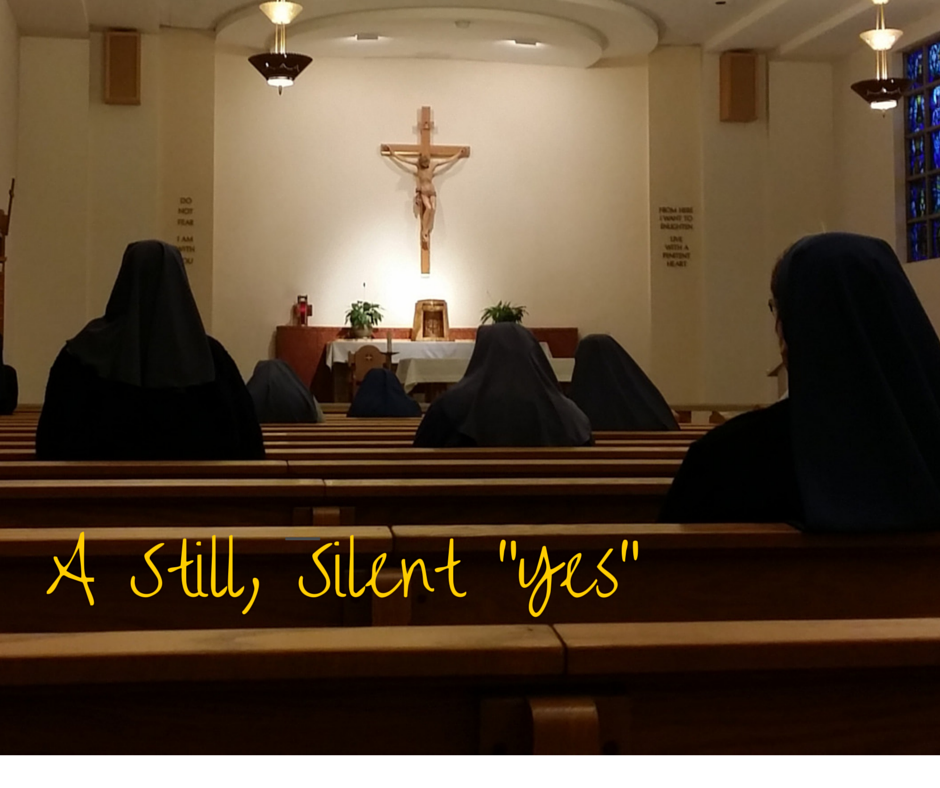 At some point this month, I am going to find or make time to write a long post about my experience of spending five days in the convent with the Daughters of St. Paul in Jamaica Plain, Massachusetts. I really am. Now that I’ve moved along to a busy catechetical conference in Northern California and am bunking in a lovely luxury hotel, I feel as though I’m just waking up from a long, luscious dream.

In so many ways, it was perfect that my stay at the convent coincided with our book launch tour for The Grace of Yes. Not only are the Daughters the epitome of “Yes, Lord!” mentality, but the place was stunningly calming. Amidst the busyness of interviews and commitments, it was beyond sublime to pace my days around prayer time with the sisters. The chapel, simple and silent, beckoned me multiple times a day. Jesus was waiting, watching, ready for me. All I had to do was accept that grace, venture a few steps and embrace the opportunity. When Pope Francis tweeted earlier this week the words, “There is so much noise in the world! May we learn to be silent in our hearts and before God,” my mind immediately went to that chapel and that stunning silence.

One lesson the Daughters taught me is that I must–on a daily basis–reclaim silence in my days. And by silence, I mean not just a lack of outside sound. I’m also talking about teaching myself to still my brain before the Lord, to rest in God’s loving embrace without mentally reviewing my to do list or pondering my next blog post idea.

There is so much noise in the world.
May I learn to be silent in my heart and before God. 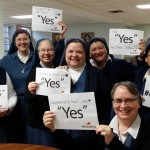 November 20, 2014
Popple Records Theme Song for "The Grace of Yes"
Next Post

November 24, 2014 The Generosity of a Widow, The Courage of 10,000+ Martyrs
Recent Comments
0 | Leave a Comment
Browse Our Archives
Follow Us!

Catholics: They Are Not Coming Back...Unless...
Thin Places
Related posts from Lisa Hendey 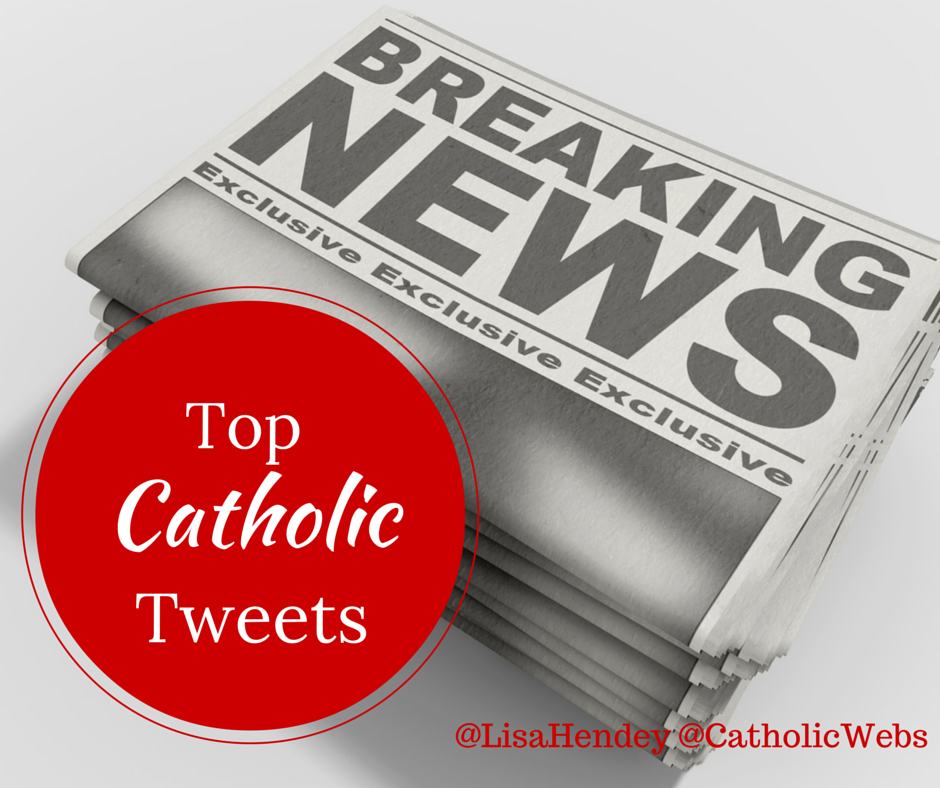