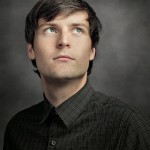 Brian Gee received an M.A. in Biblical Exegesis from Wheaton College. When he’s not working, Brian enjoys writing from his own experiences at the intersection of faith and sexuality. Originally from southern California, he lives in Chicago’s western suburbs with his wife and two kids. You can check out more about Brian, or get in contact with him, at http://briangee.me

In 1987, six young men gathered together in New York City. Around them, AIDS was preying on thousands of frightened young men across America just like them. They were frustrated by the silence of the Reagan administration and the lackadaisical response of both the CDC and FDA. None of them acted with the swiftness and gravity with which a crisis of AIDS’ magnitude should have been met.

To raise awareness, they created a poster that contained only two elements: a large, pink triangle that the Nazi’s had made gay men wear in the concentration camps and, just below the triangle, those words: “Silence = Death.” The implication was clear. Those who remained silent about AIDS were just as culpable for the death of AIDS victims as Nazi’s had been for those who died under Germany’s Third Reich.

It has been months since those powerful words first seared themselves into my conscience. They haunted me at first, and they haunt me still. They haunt me because they are the words of a thousand souls left for dead by those who should have spoken. They haunt me because the only words I can find from Christians who spoke up during the crisis are words of death from men like Majority co-founder Jerry Falwell. He spoke up, but his words spoke death, “AIDS is not just God’s punishment for homosexuals, it is God’s punishment for the society that tolerates homosexuals.”

Nearly two-thousand years prior to the AIDS crisis, Jesus walked into a synagogue near Capernaum in Galilee. In the synagogue, there were some Pharisees who were looking for an excuse to accuse Jesus of being a blasphemer worthy of death. Knowing this, Jesus asked a man who had a deformed hand to step into the center of the room. Anyone who knew Jesus’ reputation knew that he was preparing to heal the man’s deformity. To the leaders, this act of healing would violate their Sabbath law, giving them grounds to accuse Jesus.

When the man came down, Jesus posed a question that was no doubt meant for his accusers. He asked, “Which is lawful on the Sabbath: to do good or to do evil, to save life or to kill?” The crowd didn’t answer. Instead, they sat in silence.

Jesus was deeply distressed by their silence. Why? Because these religious leaders only cared about what was legal, not what was right. Their care for their laws betrayed their carelessness for the spirit of the law itself. Though the man’s deformity was probably not fatal, Jesus’ question connects the silence of those watching with evildoing – even to the point of murder.

At least two documentaries about the AIDS crisis in America have been released in the last three years. The film How to Survive a Plague is up for an Academy Award, and it deserves the honor. But a lesser-publicized film gripped me with its title. It’s called We Were Here, and it follows the lives and stories of several gay men as AIDS descended upon the Castro district of San Francisco to decimating effect. Throughout the film, that title kept returning to my mind: we were here…we were here…. Until the inverse question came to me. Where were we? Where are we? Christians, where are we?

Too often our starting point for taking action is the same as the Pharisees: “Does this person follow God’s laws?” as if a person’s status before God and his law should determine whether or not we will take action. But as Jesus demonstrated that day in Galilee, this is the wrong question. When faced with the opportunity to do good, Christians should do good. We will all have our personal convictions and interpretations about sexuality. But when we can do good for someone who is being oppressed, we do good.

Though AIDS is no longer at epidemic levels in America, we Christians still have the opportunity to lend the power of our voices to those whose voices are being silenced.

Young men are being told they can’t be Boy Scouts because of their sexual orientation, not the content of their character. (Where are we?) Several states still have laws that make being gay an offense for which you can be fired from your job. (Where are we?) Teenagers are taking their own lives because they feel they have no one who will listen or understand. (Christians, where are we?)

Of course, breaking our silence means committing publicly to those whom many in the church reject. We may even feel like our action constitutes a full endorsement of the values of one side or the other. When we do good on their behalf, many will accuse us of breaking God’s law for simply showing God’s love. But as followers of Jesus, we should care less about the assumptions of our peers if those assumptions keep us from acting like Jesus. Isn’t it better to be misunderstood by Christians for standing up for the oppressed than to be fully understood in our silence by a watching world?

If we end our silence, if we start doing good, if we act up to save a life—whether physically, emotionally, or spiritually—we can, like Jesus himself, offer words that bring comfort, peace, and life to those whom the world has rejected. That is the true love of God. Against such love there is no law.

What are your thoughts on the contemporary means of activism and speaking up in today’s culture?

February 11, 2013 What "Would" Jesus Do?
Recent Comments
4 Comments | Leave a Comment
Browse Our Archives
get the latest from
Evangelical
Sign up for our newsletter
POPULAR AT PATHEOS Evangelical
1

5 rules for better conversations around your Thanksgiving...
Having good conversations seems to be getting more and more difficult in our...
view all Evangelical blogs
What Are Your Thoughts?leave a comment