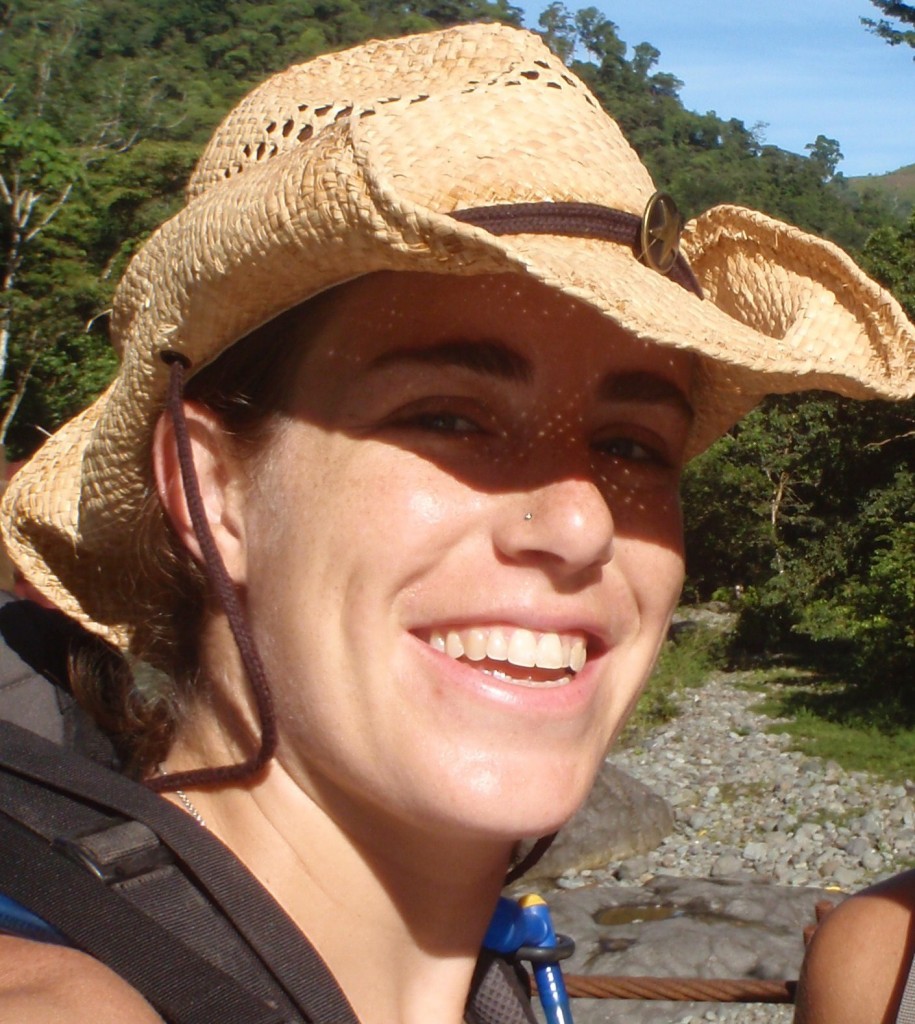 The following post is from Laura Statesir, Director of Family and Youth at The Marin Foundation.

We live in a culture of blame, but is that the way it’s supposed to be?

In John 9, Jesus and his disciples are walking along and spot a blind man begging for money.  This man is an outcast, but Jesus, of his own initiative, approaches the man, spits in the mud, and heals the man’s blindness.  Later the man’s neighbors and the Pharisees question him about this miraculous healing.  The story continues from there, but let’s focus on the first three verses:

9 As he went along, he saw a man blind from birth. 2 His disciples asked him, “Rabbi, who sinned, this man or his parents, that he was born blind?”

3 “Neither this man nor his parents sinned,” said Jesus, “but this happened so that the works of God might be displayed in him.”

The disciples ask a question in verse two which seems very strange to me.  In my understanding of science, I know that blindness is not caused by sin.  However, in ancient Jerusalem it was common belief that physical ailments and deformities were caused by sin.  In fact, rabbis at this time were in disagreement as to what caused blindness from birth – were the parents to blame or the individual?  On one side was the belief (from the Old Testament) that a parent’s sin could be transmitted to their children.  On the other side was the belief that some people were so wicked that they sinned in the womb.

Concluding this calamity to be inflicted for some very heinous crime, they ask,
Who were the criminals, this man or his parents?
And what was this to them? Or what good would it do them to know it? We are apt to be more inquisitive concerning other people’s sins than concerning our own.

Jesus’ disciples see this man as a theological question: Who is at fault for this man’s blindness, the man or his parents?  As often happens when people asked Jesus a question (be it his enemies or friends), the disciples wanted a definitive answer that would end the debate about who to blame.

Why does this question of blame sound so familiar?

Because in my work with Christian parents of lesbian, gay, bisexual and transgender (LGBT) children, I hear this question often:

Why is my child LGBT?  Did I do something wrong as a parent or is it a choice my child made? Who is it that sinned – me or my child?

There is a stereotype that children are LGBT because their parents screwed up.  The most common opinion is that an over-bearing mother and an absentee father cause children to become LGBT.

Imagine how a Christian parent might feel knowing that some people blame them for their child’s sexuality/gender identity. (The following are actual quotes from Christian parents).

It was a terrible day for me when I found out [that my son was gay] because I was such a strong Christian.  I didn’t know what to do.  This was somebody that I loved very much.  I also thought it was about me, that I was getting punished somehow and that I did something wrong.

[I had a church friend tell me], “You must have been a bad dad; you probably didn’t make him do enough pushups.”

Parents often blame themselves for their child being LGBT.  Worse still, they fear that others will blame them.   This shame, guilt, and fear causes them to feel isolated and alone.  Christian voices that have blamed parents have worsened the situation.

For a great example of the harm caused by blaming parents, read this piece.

Then there is the other side of the blame game.  Sometimes we answer the question of “Who sinned?” by blaming the LGBT individual.  They chose to be this way.

How do you think that makes an LGBT individual feel?

“Rabbi, who sinned, this man or his parents, that he was born blind?”

Who can we blame? Who can we ostracize? Who is the bad guy?

3 “Neither this man nor his parents sinned,” said Jesus, “but this happened so that the works of God might be displayed in him.

Jesus isn’t concerned with the cause of this man’s blindness.  Jesus doesn’t blame the man or the man’s parents.  He doesn’t engage in a polarizing debate about the latest research.  On the contrary, he refuses to even concern himself with placing blame.

Jesus does not see the blind man as a theological question.  Jesus (as is his character), refuses to answer the question the way his disciples expect.  Instead, Jesus explains a kingdom principle: tough situations in our lives are an opportunity for the work of God to be displayed through us.  Then, to drive his point home, he spits in the mud and heals the man.

Unlike the disciples who view this man as a problem, Jesus views this man with compassion.

Unlike the disciples who want to place blame, Jesus wants to reveal God’s glory through this man.

How can we do the same?

For parents: Show yourself the same grace and love that Christ shows you.  Stop blaming yourself.  You don’t have to focus on the “why’s” and the past.  If you really want to know why, ask your child (and listen to their answer with an open heart).  If you’re not satisfied with the way you have loved your child up until this point, then there has never been a more opportune time to love them better.  And if you have spent your life sacrificing and loving your child the best you can, then by all means, continue doing so.  Please don’t allow shame, guilt and the ignorance of others to rule you.  This is a chance for God to work in you and your child.

For LGBT individuals: Jesus approaches all of us of His own initiative. Don’t let the accusations and pointing fingers of others drive you from Christ’s love.  This is a chance for God to reveal God’s glory through you.

For the Church:  We should not be concerned with assigning blame.  A church should never be a place that people fear.  This shouldn’t be happening in our churches:

Our son came out and we had the most negative experience we’ve ever had [with a church].  We thought we would tell people and there would be an understanding and a very loving response, but what we encountered was a very unloving response….We had one person say to us, “What did you do wrong that your son turned out that way?”

Can we stop shaming parents and LGBT individuals?  If Jesus wasn’t concerned about blame then what gives us the right to be?  Instead of asking who has sinned, ask who is hurting.  Let’s focus on Jesus’ example and look for the works of God that might be displayed if only we keep our eyes open.

March 27, 2013 Stunted by Shame
Recent Comments
7 Comments | Leave a Comment
Browse Our Archives
get the latest from
Evangelical
Sign up for our newsletter
POPULAR AT PATHEOS Evangelical
1

Our Elective Monarchy
"Great Britain is a republic, with a hereditary president, while the United...
view all Evangelical blogs
What Are Your Thoughts?leave a comment

7 responses to “The Blame Game”