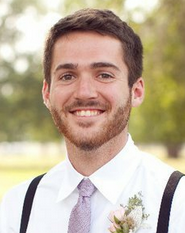 The following post is from Brent Bailey, a Master of Divinity student at Abilene Christian University. Brent will be interning with us again at The Marin Foundation this summer and you can find his blog at oddmanout.net.

I want us to imagine the church functioning as a support system that empowers people to come out.
.

I was recently reacquainted with a well-known quote from Harvey Milk: “Every gay person must come out. As difficult as it is, you must tell your immediate family. You must tell your relatives. You must tell your friends if indeed they are your friends. You must tell the people you work with. You must tell the people in the stores you shop in. Once they realize that we are indeed their children, that we are indeed everywhere, every myth, every lie, every innuendo will be destroyed once and all. And once you do, you will feel so much better.” The quote reignited an ongoing conversation I’ve been having with a roommate about how to change the negative perceptions and attitudes that exist about LGBT individuals, especially those perceptions and attitudes that exist among Christians.

The two of us have gradually arrived at a similar conclusion: The situation in our culture would change dramatically and swiftly if every sexual minority came out. The most conservative estimates suggest 3% of the population experiences nontraditional sexuality. If every one of them came out to everyone in their corner of the world, it would be immediately conspicuous. The terminology they’d use would be their own, obviously, whether they felt most comfortable with the language of “lesbian” or “transgender” or “bisexual” or “same-sex attracted” or any other variation, but the effect would be the same: Absolutely everyone (at least everyone who knows 30 people) would be directly connected to an openly LGBT individual.

When I envision that scenario, I tend to focus on the positive changes I’d anticipate coming at a breathtaking pace: Ignorance would decline as uninformed people (and please realize there are people across the spectrum of ideology who are uninformed) had the opportunity to ask honest, probing questions to people they already knew and loved and trusted before they learned they were gay or bisexual or transgender. Thoughtlessly homophobic vocabulary would dwindle as people calculated the probability that someone in the room would be hurt by their saying, “That’s so gay.” Church conversations about sexual ethics would no longer be able to talk about homosexuality as a problem for those people out there, since churchgoers would recognize in what close proximity they’re standing to LGBT individuals in a packed auditorium on any given Sunday. And, of course, the situation would change significantly for LGBT individuals as well. If we all came out, it would be tough for any remaining feelings of isolation or abnormality to survive among us, and I think shame and self-loathing would evaporate quickly as well.

I base these predictions off the best of what I’ve seen in my experiences coming out to others, but undoubtedly the reality would be less rosy than what I’ve painted. There are many cases, for example, when someone’s coming out has led to further polarization and cloistering in the people around them, but I think this reaction would be difficult to maintain if an uninformed person were connected to two, or five, or twenty openly LGBT individuals. Other negative consequences would result. Certain factions would urgently build up arms for an ongoing culture war, certain individuals would react with noisy fear and anger, etc., etc., etc. Regardless of the mixture of reactions, though, at least we would all have a much more accurate perception of the situation: Who we are, where we are, how many we are, what we’re like, what we’re not like.

Okay, so this is the point in the ongoing conversation with my roommate in which I repeatedly feel a responsibility as the gay person to speak up on behalf of closeted individuals: As much as we can discuss an romanticized version of how society would change for the better if sexual minorities weren’t invisible, it’s simply not possible or advisable for every person to come out today. Many individuals are not in a position to risk losing what they could potentially lose—much less to endure the emotional weight of the process—and many families and communities are not prepared to respond with compassion and sensitivity or to address the questions that would inevitably arise. (Many LGBT individuals simply don’t feel any particular compulsion to come out, at least not beyond an intimate circle of loved ones.) The dangers and wounds of homophobia cut deep, both for our society and for many closeted sexual minorities, and it’s foolish to ignore the intimidating obstacles that force people to keep secrets. I wish I felt credible calling every sexual minority to come out, but to be entirely frank, I don’t feel as though I have the right, since the process of coming out hasn’t cost me nearly as much as it has cost some and would probably cost others.

So, what would be required in order for every sexual minority to feel safe coming out today? We’d need some kind of solid support structure. There are still many states—like the one I call home—in which people can lose jobs and housing merely for coming out as gay, so people would need assurance others would be ready to cover their most basic needs as necessary. (This would be especially essential for LGBT youth, who suffer a disproportionately high rate of homelessness.) We’d also need to provide social and emotional support for those people whose relationships would suffer or disappear as a result of their coming out. And, of course, those in Christian circles would need to prepare themselves to walk with the sexual minorities in their midst as they journeyed through questions about identity and God’s calling on their lives. We’d need to be informed enough to extend fellowship in the most helpful and meaningful ways.

In other words: A support system for people coming out would require something remarkably similar to what the earliest churches were for the earliest Christians. Consequences for identifying as a follower of Jesus were often severe for those early Christians, and it appears becoming part of one of the early Christian churches was similar to becoming part of a new family, at least in social and economic terms. Houses belonging to church members evidently served as church assembly halls (Acts 12:2; I Cor 16:19; Col 4:15) and hotels for traveling Christians (Acts 16:15; Gal 1:18?), and new converts in Jerusalem apparently didn’t hesitate to sell “property and possessions to give to anyone who had need” (Acts 2:45). There’s a good chance Paul had something more involved than warm affection in mind when he offered such exhortations as, “Carry each other’s burdens” (Gal 6:2) and, “Rejoice with those who rejoice; mourn with those who mourn” (Rom 12:15). In a time of rapid transition and church growth, these Christians quickly learned to take care of one another as they committed themselves to a Messiah who had “no place to lay his head” (Luke 9:58). What if the church learned to do the same things for sexual minorities in a culture that often punishes them for being honest?

That, friends, is something that gets me fired up: The idea that churches could become safe havens for their members to experience the refreshing joy of a life lived with honesty and integrity, rather than being part of the oppressive machine that makes that kind of honesty and integrity impossible (or at least difficult to imagine and attain). I envision churches becoming places in which people feel safer being entirely transparent than they feel anywhere else, knowing the reactions they’ll encounter will spring from unconditional love and severe humility. I envision churches that are known as houses of hospitality and places of peace, where even non-believers might seek solace and unexpectedly encounter the transforming presence of Jesus. In short, I envision churches being churches.

Have you ever witnessed a church providing this kind of holistic support for an individual whose coming out led to negative consequences elsewhere? What might be preventing other churches from demonstrating that same kind of hospitality and compassion?

April 5, 2013 Proximity and Relationship.
Recent Comments
7 Comments | Leave a Comment
Browse Our Archives
get the latest from
Evangelical
Sign up for our newsletter
POPULAR AT PATHEOS Evangelical
1

Do We Really Want Everything That...
Cranach
Related posts from Love is an Orientation

An Interview on the Fourth Gospel
https://www.youtube.com/watch?v=yvxNemhbgaI
view all Evangelical blogs
What Are Your Thoughts?leave a comment