We Don’t Want to be Dinosaurs

We Don’t Want to be Dinosaurs September 30, 2013 Andrew Marin 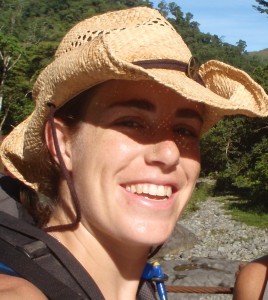 The following post is from Laura Statesir, Director of Family and Youth at The Marin Foundation.

This month I made two amazing discoveries. First, they are filming another Jurassic Park movie called Jurassic World. For someone who quotes the line, “Hold on to your butts,” when anything exciting is about to happen, this is a great day. The second discovery I made is that there are still Christian schools in the United States that do not teach about dinosaurs as part of their curriculum. I found out this astounding fact from a girl in my Bible study who admitted that she was not educated about “terrible lizards” as a kid.

I can’t imagine growing up without knowing about those fascinating creatures. My cousin and I played dinosaur hunter and looked for fossils in my backyard. I kept a “dinosaur notebook” of newspaper and magazine articles about dinosaurs. And who doesn’t love to laugh at a T-Rex and it’s funny little arms?

The reason my friend’s Christian school did not educate their students about dinosaurs is because her school only taught creationism and did not teach about evolution. As a child growing up in church I remember being confused about how dinosaurs fit into the Bible. I couldn’t figure out how Adam and Eve and Noah’s Ark fit in with Triceratops and Stegosaurs. To solve the riddle, I did what any curious Christian kid would do and got a book from the church library called “Dinosaurs in the Bible” or something like that. I don’t remember much about it except that it had pictures of dinosaurs in the Garden of Eden. Apparently the book was enough to satisfy my curiosity and convince me that science and the Bible could fit together.

My friend’s lack of dino-knowledge is a funny yet poignant example of a larger problem I see in parts of Christendom today. When Christians face difficult topics, such as, “How do science and the Bible fit together?”, sometimes our response is to ignore the question altogether and stick our heads in the sand (like a modern day descendant of dinosaurs, the ostrich). By avoiding current questions that are sticky or difficult to answer, are Christians becoming “dinosaurs?”

I see the Church doing this a lot with issues of sexuality. Instead of having frank and candid discussions with our youth about sexuality, we assume that all our youth are saints and are not interested in sex. Instead of recognizing that there are lesbian, gay, bisexual and transgender people in our churches, we deny that they exist. Instead of giving youth who are questioning their sexuality or gender identity a safe place to explore their questions, we silence them. Instead of providing support for Christian parents with gay children, we shame them into thinking they’re alone.

Questions about evolution or sexuality are not going to go away. Good or bad, right or wrong, sin or not sin, LGBTQ people exist in our churches, Christian colleges, and ministries. They sit in our pews, teach Sunday school, and serve in our soup kitchens. LGBTQ people attend Christian universities and colleges. There are even LGBTQ people serving as Christian missionaries in foreign lands. We can no longer pretend that this topic only exists in the “secular” world.

I am not suggesting that lead pastors have to preach a six week sermon series or that Christian universities need to offer a course on sexuality (although, if done well both of those could be instrumental in creating space for LGBTQ people to know and be loved by Christ.) I am suggesting that churches, universities, and ministries take a long hard look at themselves and their policies on this topic to examine if their “stance” matches Christ’s commandment to love others.

The least we can do is admit that this touches our churches, colleges, and ministries and educate ourselves about loving the LGBTQ community as Christ would. We should create safe spaces for people to question their sexuality or gender identity, where they can find not condemnation, but the unconditional love of Christ. We should get to know LGBTQ people in our churches and ministries and hear their stories. We should provide support groups for Christian parents with LGBTQ children so they can know they are not alone and don’t have to choose between their child and their faith.

And maybe we could give dinosaurs a chance too. =)

September 27, 2013
Reconciliation Does Not Fix THE Problem
Next Post

In Defense of a Pathetic Advent
I cannot seem to get my act together this week--I blame the...
view all Evangelical blogs
What Are Your Thoughts?leave a comment

7 responses to “We Don’t Want to be Dinosaurs”