Why you should attend your gay loved one’s wedding

Why you should attend your gay loved one’s wedding November 4, 2013 Andrew Marin

The following post is by Jason Bilbrey, our Director of Pastoral Care here at The Marin Foundation.  You can read more from Jason at his blog, www.jasonbilbrey.com

One of the most common questions I’m asked as the Director of Pastoral Care here at The Marin Foundation is about going to gay weddings. “Am I allowed to go?” “Will the couple assume that I approve of their union or same-sex marriage in general?”  “Will my church friends?” My answers to these questions are–respectively–yes, no, and possibly. But my advice is always the same: Go. 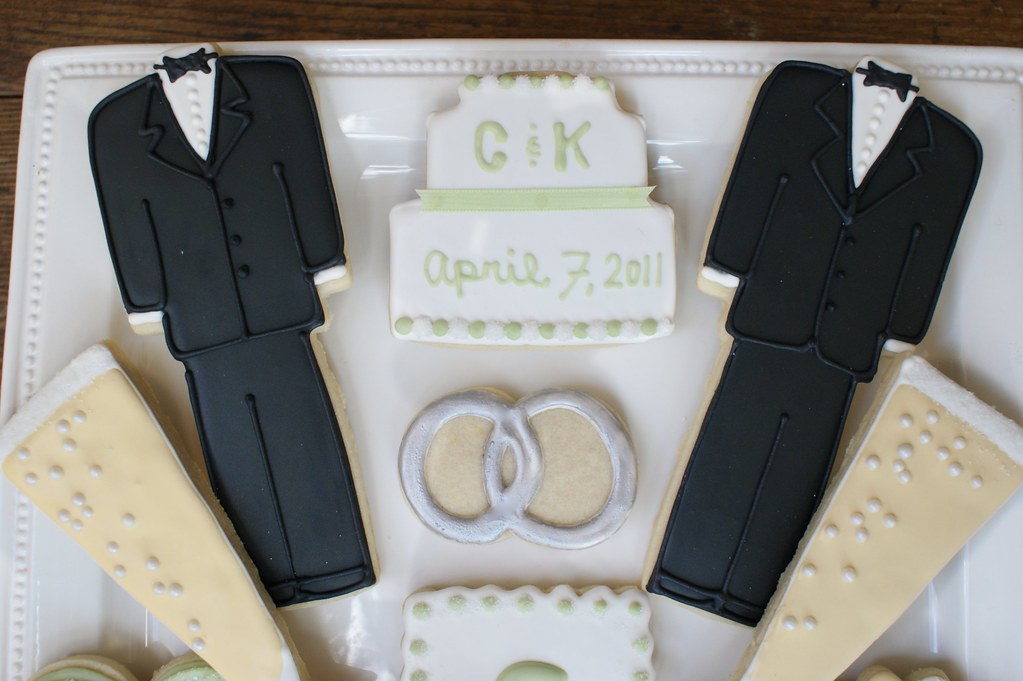 If this were a thesis paper, that would be my thesis: however conservative your theology, however rocky your relationship with the betrothed, you should never decline an invitation to your LGBT loved one’s wedding simply because it’s a gay marriage. And in the spirit of this premise, I’ll offer three supporting arguments.

First, attending that person’s wedding places a priority on the relationship you’ve built with him or her. When I first started writing on this topic, responding to people’s questions, I got it all wrong. I translated their questions from “Should I go to my sister’s (or son’s, friend’s, etc.) wedding?” to “Should Evangelical Christians attend gay weddings?” I treated the question like an abstract theological conundrum. But it’s not. The decision about whether or not to attend is always rooted and inextricably bound within the context of relationship. Making it about “the issue of homosexuality” ignores the real individuals behind this situation. We trade Stephan and Patrick for “gay marriage.” We trade Carol or Erin or Latisha for “homosexual.” It’s easier to talk about ideas than people. But when we academicize the question, our answer is likely to sideline both LGBT folks and those who love them–the very people who have the most at stake in this conversation.

When deciding how to RSVP for your loved one’s wedding, there’s a huge difference between your perspective and that of, say, your Pastor’s. It’s your friend or family member getting married. You are the one who is invested in that person and relationship. When Christian friends or leaders weigh in, don’t forget that they are missing a huge piece of the puzzle. The biggest piece, I’d argue. They don’t share the love that you have for that friend or family member getting married. It’s much easier for them to stand by some abstract principle and totally ignore everything else.

There is one party who–you can rest assured–will not be motivated by, nor even concerned with, abstract principles: the couple getting married. For them, it’s about each other. It’s about people. It’s about love. And your presence with them on that day? That’s also about love. They’ve invited you because they want you there to share in their special day, not because they want to coerce your endorsement of gay marriage. That RSVP is an important moment in the life of your relationship. How you respond is a statement about how much you are invested in that person. It could be the beginning of a deeper friendship. Or it could be the end of what you have.

Second, attending the wedding is not a declaration of your ideological stance on the  issues of homosexuality or gay marriage. It’s unfair for anyone to make those kinds of assumptions. In no other circumstance would we equate attendance at a wedding with an endorsement of everything the wedded couple is or does. Imagine how fewer weddings we would attend if this standard were applied across the board. Maybe a couple has been cohabitating before the wedding. Maybe it’s a Christian and non-Christian being “unequally yoked.” Maybe the couple is just not ready for marriage. There are any number of reasons why we might refuse to attend other weddings based on our personal convictions. But we go anyway, because we understand intuitively that individuals come before ideologies.

The one getting married will not misinterpret your reason for attending his or her wedding. But your friends might. And that’s okay. It’s okay to be misunderstood. It’s okay to allow others to believe your attendance means some kind of endorsement. If that presumption is unreasonable, then it’s the presumption that’s wrong, not your actions.

Third, attending the wedding is what Jesus would do. I’m convinced of this. Jesus took every opportunity to show favor toward those who were excluded from participation in worship and other faith practices. He harshly criticized the religious institutions of his day for systematically disenfranchising certain demographics. Jesus dined with tax collectors, touched lepers, played with children, talked to women and gentiles, and otherwise ignored social taboos. Suddenly the last were first, and the first last. When people were barred from coming to God, God came to them.

No, Jesus never attended a gay wedding. (There weren’t any, of course, in Jesus’ day.) But he did dine at Zacchaeus’ house. He wasn’t supposed to associate with tax collectors, because doing so would be giving tacit approval to the Roman oppression of the Jewish people. But Jesus went anyway. How could he say no to that eager little man up in the tree? Jesus ignored the social issues in favor of the individual. And, in doing so, he wasn’t afraid to have his motivations misinterpreted.

Even if attending a gay wedding is somehow universally wrong, by some appropriation of a conservative biblical hermeneutic, I think Jesus shows how this would be a law worth breaking. When Jesus broke the letter of the law, it was always to show compassion toward people on the margins–to heal those with disabilities and defend those accused of sexual infidelity. And, in so doing, he demonstrated the spirit of the law, often summed up in the second of those two great commands upon which all the others hang: Love your neighbor as yourself. Jesus wasn’t afraid to sacrifice his own comfort or blamelessness in order to stand in solidarity with the other. And neither should we. (I’ve written more about the danger of desiring blamelessness here.)

So, to sum up, you should go to that gay wedding. You don’t have to have all your beliefs settled first. You don’t have to abandon beliefs that you’ve already settled on. Do it for your loved one. Do it for the relationship you’ve invested in. Listen to your God-given inclination to honor that relationship and stand by that person in love. Go to your gay loved one’s wedding. Good Christians might not. But Christ would.

November 6, 2013 Gay Marriage Passed in Illinois
Recent Comments
15 Comments | Leave a Comment
Browse Our Archives
get the latest from
Evangelical
Sign up for our newsletter
POPULAR AT PATHEOS Evangelical
1

Every Church Needs a Joker (And...
Roger E. Olson
Related posts from Love is an Orientation