Get My New Book FOR FREE! 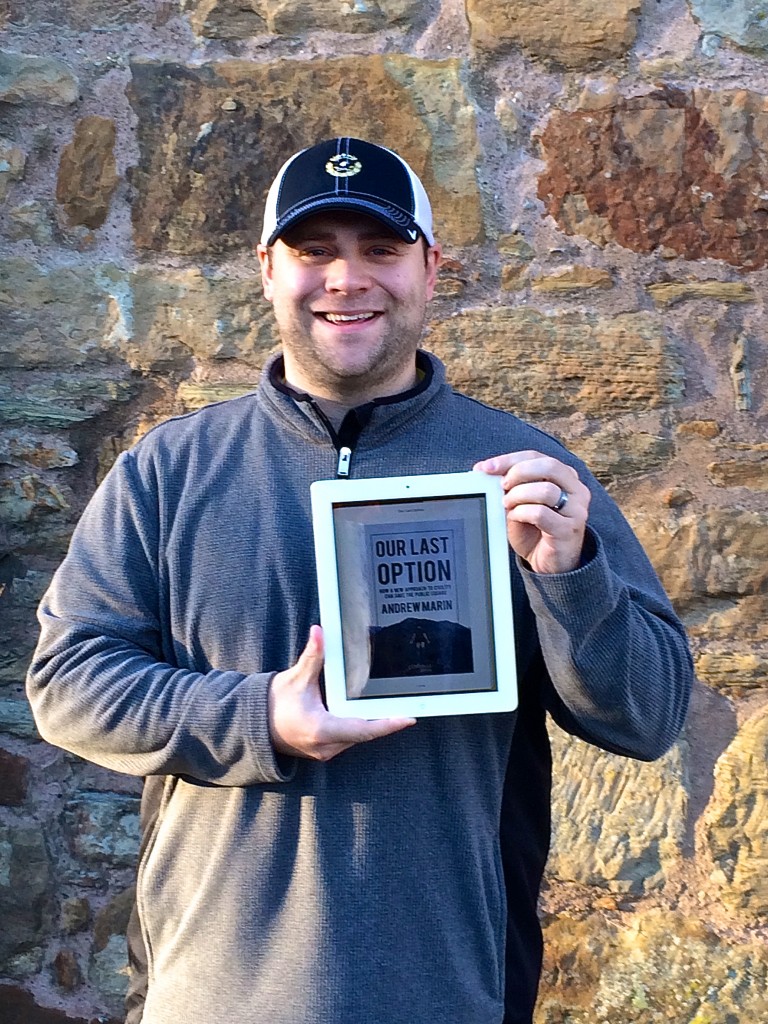 I bet you’re wondering how to get my new ebook, Our Last Option: How a New Approach to Civility can Save the Public Square, for free?! Well, let me tell you in four easy steps. All you have to do is:

2. Post a review of the book, however short or long, on iBooks or Amazon or Nook or Good Reads wherever you bought it, and take a screen-capture picture of the review; then

4. Email the screen-captures to andrew@themarinfoundation.org with the receipt for how much you bought the book; and I will send you a reimbursement for the full amount you paid for the book!

This offer is good for the first 100 emails I receive with the two screen-captures and receipt!

And when you read the book and engage with it on social media, be sure to continue to conversation with the hashtag #OurLastOption!

Over the next week I’ll be posting excerpts from the book. Here is the back cover summary of Our Last Option:

How does a pluralistic country like the United States find a medium of civic engagement that advances society through its most high profile arenas—religion and politics—in a way that inherently gives dignity and worth to a variety competing, even opposing, worldviews? Each of the most well known of these cultural disconnects, including LGBTs and conservatives, ultimately stems from that lingering question.

On any given topic, the opposing worldviews argue for their baseline moral, social, and ethical frameworks, and coinciding policies, to be the dominant lens which culture views, governs, and engages itself and others. The battle for ethics, policy, and who gets to dictate cultural normalcy produces the fertile ground for the culture wars that this recent generation has only ever known. Yet this polarizing disintegration of peaceful and productive engagement no longer has to be viewed as “normal.”

Our Last Option sets a path forward for a new generation of people tired of the broken system handed to them; providing answers to the problems that are tearing Western societies apart. This short ebook will explore a new model of civic engagement, Composite Engagement Model (CEM), articulating the merits of its four key principles as this generation’s most effective model of building bridges between opposing worldviews. CEM has been tested since the year 2010 through Andrew’s work with the United Nations, as well as over the past decade through his internationally recognized peace-building organization, The Marin Foundation. Now for the first time CEM will be explored academically.

Our Last Option will hold its readers accountable to live within a different standard of cultural, political, and religious engagement—one that begins to shift the dynamics of the tired systems that caused these culture wars in the first place.

December 5, 2013 Living in the Tension Gathering - Dec 9
Browse Our Archives
get the latest from
Evangelical
Sign up for our newsletter
POPULAR AT PATHEOS Evangelical
1

Why Singing Hymns the Traditional Way...
Ponder Anew
Related posts from Love is an Orientation

I Have Heard You Calling
I'm over at Stand Firm this morning. In the few guilty moments...
view all Evangelical blogs
Copyright 2008-2020, Patheos. All rights reserved.