Fear of the Unknown

The following post is written by our friend Candice Czubernat. Candice has spent the last 13 years studying theology and psychology, grappling with how homosexuality and Christianity can co-exist. She now servers as a web-based therapist and is founder of the Christian Closet, offering counseling sessions over the web through Skype, G-video and over the phone. Candice is also an advocate and writer focusing on issues such as faith, sexuality and psychology. 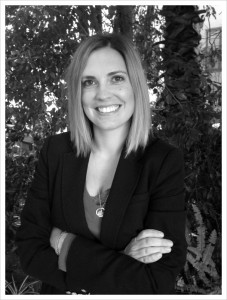 The last time I went to an amusement park, I did the most un-adult, embarrassing thing I could do. I was there with my wife and close friends of ours who were visiting from out of town. It was such a fun, easy day until the three of them wanted to go on a scary ride called The Mummy! While it was the absolutely last thing I wanted to do, I went along with it. Usually in situations like this, and this happens to me every time I go to an amusement park, the line is slow enough that I have the space to process my fear and give myself a pep-talk. I’m able to take the time to get enough courage and internal belief that I won’t actually die to get through my debilitating anxiety. I mean, anytime I’m coaxed to go on a scary ride, it’s so traumatic that I feel as if I could sleep for days afterwards because of the amount of adrenaline that had pumped through my body during the whole ordeal.

This time, I did not get the space or time I needed, because there was barely any line. It was as if we were the only people in the whole park wanting to go on this ride, and this left us walking right up to the front. I had no time to process my feelings, or remind myself that I would be okay. As my friends joked and talked, unaware of my terror, we sat down in the ride and as we did, I felt as if I was going to have a heart attack. I really felt like I couldn’t breathe and feared the worst was about to happen. Sweat pouring down my forehead, I stood up and screamed, “Stop the ride, I have to get off!” and did just that. My wife and our friends quickly snapped their heads my way, shocked at what they were hearing. I could see in their faces both their compassion for me as I was clearly in distress and embarrassment for me having drawn attention to us in such a “childish” and frantic way. The ride quickly took off after I stepped aside and I staggered to where the exit was. I was shaking, but grateful to be done with what felt like my imminent death.

When I think back on the awkward and discomforting fear of that experience, I realize many of us feel this way outside of scary amusement park rides. Many of us feel petrified when someone tries to engage us about the topic of homosexuality and the Church, or about what “the gay lifestyle” really means. There’s an awkward and intense fear of the unknown of what the scary ride of this conversation will be like. Perhaps it’s a fear that we will be called biased, racist, or someone who discriminates and doesn’t love like Jesus. We fear we will be asked to hear and accept the seedy details of a homosexual lifestyle and this leaves us running away, looking for the exit.

In the face of my fear of the unknown, I was willing to do the most socially unacceptable thing in front of my wife and our friends, scream like a little girl and run away. I think at the heart of it was that I didn’t know what was going to happen. I didn’t know what the ride was going to be like. It was unknown and thus terrifying.

The fear of the unknown is one of the most primal, real fears there is. In fact most the time when we ask an anxious person what they are scared of, it takes them a few minutes to actually name what it is. Most of the time it’s just a large fear of not knowing what’s going to happen next. On the scary roller coasters I’ve actually made it through, one thing that has helped is interacting with those who have already gone on the ride. I ask every person that’s already been on the ride every question under the sun. Is this ride scary? Where are the biggest dips? Were there any surprises? Do they think I will like it? I do my best to take this scary, unknown thing and make it as known to me as possible. Which makes me wonder how we might do that with this whole homosexuality and Christianity thing. I wonder what it would be like for me to be the person in line you get to ask all the unknown questions to. Of course, this gets a little complicated because we aren’t at an amusement park together, nor are we most likely even in the same city as you read this.   More importantly, I want you to know that I’m aware there is so much more at stake here for you, for both of us.  This is about the deepest most personal places of faith, belief and life. So I’ll do my best to take two questions you might have and answer them as honestly as I can so that you might begin to feel a little less scared about this unknown thing called homosexuality.

Disclaimer about me: I am a Christian, I am legally married to my wife, I am a woman, I am a lesbian and a mother. I come from these perspectives and biases. I answer these two questions not to persuade you, but in hopes of being known by you as a person, a wife, a mother and a Christian.

What is the homosexual lifestyle? Do all LGBTQ people have open relationships so they can have sex with lots of different people?

The answer to these are as diverse as there are people in the world, and there are of course some people who prefer to have a commitment that is open for exploration outside of the relationship, but that exists just as much in the heterosexual world as it does in the LGBTQ. In fact, I think you’d be surprised by the amount of straight Christians who have secret allowances in their marriages. However, the majority of LGBTQ people have the most human, innate drive and desire to partner with only one other person. Some might call it a “soul mate”, someone who receives and gives love and with whom we create a family to share that love with. We look for someone to wake up next to in the morning and drink our morning coffee with as we catch up on the Facebook news feed. We want someone to stay home all day with us on a Saturday to watch the Law and Order marathon. Someone to make dinner with at night, and someone to put on our emergency contact list who we know will show up when we need them. To be LGBTQ does not make us hypersexual, it only changes the type of gender we hope our soul mate will be. We are all sexual beings, straight and LGBTQ alike and so as LGBTQ people there are times that we desire others outside of our marriages and committed monogamous relationships, but we resist those temptations and pray for strength right next to you.

What is the gay agenda?

The “gay agenda” is not something written down, mysterious, or hidden. It is the common desire that we, the LGBTQ community, wish to join you in the fullness of life – that is, to love who we feel drawn to just like you, to commit in marriage to one person, to build our families in committed and safe family units, and to be welcomed to worship and experience God with you within a church community. We do not wish to destroy your Christian marriages, churches, or families. Why would we want to destroy the thing we wish to be a part of? We want to bring our beauty and personhood to enrich your communities and families, to deepen them, not destroy them.

I recently heard someone say that the thing that makes Christ’s grace and the gospel so offensive is that it does not exclude anyone, but welcomes all. And that’s exactly what the LGBTQ community is hoping for from the Christian community, to not be excluded.  Some of us in the LGBTQ Christian community hope to strengthen the church and family units as we are creative, intuitive and strong people wanting to bring our gifts to strengthen the places we’re in.

Of course, I cannot answer all of your questions, nor speak for the entire LGBTQ community, so I put the responsibility of getting more answers in your lap. Ask yourself what you know to be true about the LGBTQ community, what do you assume to be true, what do you hope is true, what do you hope isn’t true and take all of those questions and use that curiosity to help you get to know an LGBTQ Christian today. Take the power back and don’t let yourself run away because of the fear of the unknown. Find out for the sake of yourself, your church and your families.

February 5, 2014 Proverbs 31 Man: What I Discovered by Switching Genders in the Bible
Browse Our Archives
get the latest from
Evangelical
Sign up for our newsletter
POPULAR AT PATHEOS Evangelical
1

A Model Statement of Faith
Roger E. Olson
Related posts from Love is an Orientation