How to Talk to Young Kids About Same-Sex Relationships

The following post is by Jason Bilbrey, our Director of Pastoral Care here at The Marin Foundation.  You can read more from Jason at his blog, www.jasonbilbrey.com.

It’s been a few years since our daughter, Norah, first encountered boys holding hands and girls kissing. That was in the summer of 2011, when our family moved from seminary housing out in California to a little place above a gay bar in Chicago’s Boystown neighborhood. Exposure was just unavoidable, from the very kind, affectionate gay couple living downstairs (“the boys,” as Norah referred to them), to the colorful window display at the shop across the street featuring toys that were decidedly not for kids…and of course the prayer circles formed by suburban high schoolers on the sidewalk outside our building, asking God to “reclaim his territory.”

Norah saw all of this with wide little eyes. We weren’t trying to avoid exposure, but we weren’t seeking it out, either. Moving to Boystown presented my wife and I with a question we hadn’t yet considered as parents: How and when would we step in to explain to our daughter what she was seeing? What was the healthiest way to introduce Norah to the concept of same-sex relationships, and the debate surrounding them, in a way that didn’t demonize anyone–neither her gay neighbors nor her traditionalist grandparents?

As a write this, I realize what a luxury it is for us to decide how she encounters all this. My friends who have children with a same-sex partner, or whose own child identifies as gay, don’t have this luxury. Their kids encounter and perhaps pay special attention to conflicting and often antagonistic views of homosexuality all the time: on the news, on vacation, at school, on the internet, at church. Like a Palestinian girl living in Israel, they don’t have the luxury of blissful ignorance. And they’ll contend with messages and ideas from society that are way beyond their ability to process. (Though I should say here that I know many, many families with queer members who have done an amazing job of insulating their children from persecution and reinforced the bonds of love within their homes.)

I’ve seen how this challenge has played out in conservative circles as well. Some discussions of how to peacefully and confidently engage in conversation with the LGBTQ community are preceded by a nervous disclaimer to parents: “This might not be suitable for young ears. How about we send the kids to play in another room.” The question often posed by parents in these groups is, “How do I communicate my values to my kids–that we believe same-sex relationships are wrong–while also communicating that this is a touchy issue, and that they shouldn’t just repeat those beliefs willy-nilly?”

This concern is completely justified. With the national epidemic of school-aged bullying and suicide today, it seems increasingly clear that the messages heard at the dinner table and from the pulpit are processed, expressed and received with a heightened sense of significance by kids on the bus ride to school. Stigma is especially internalized, by both the oppressed and the oppressor, at that age. At the same time, conservative parents often feel a responsibility to “train up their child in the way they should go,” and not shy away from teaching difficult or counter-cultural values.

With all these concerns in mind, here’s the playbook my wife and I are working from with our own daughter:

1. There’s a big difference between communicating reality and value. That question I phrased at the beginning, “What was the healthiest way to introduce my daughter to the concept of same-sex relationships, and the debate surrounding them, in a way that didn’t demonize anyone?” is probably misleading because it implies that you have to introduce the concept and the debate at the same time. But you don’t. You can say, “there are some kids with two mommies or two daddies instead of a mom and a dad.” That’s just a reality. Whether it should be a reality is a totally different conversation. But communicating a reality without attaching value enables parents to introduce things to kids in an age-appropriate way without closing the door to further conversation. This is something that we do all the time with other difficult or nuanced situations. We say “this classmate lives with grandma and grandpa instead of mom and dad” when, say, both parents have died. Your children don’t need to have their perceptions of reality loaded with heavy meaning at an early age.


2. Kids are really good at observation. Check any parent’s Facebook page for a list of their child’s observational comedy. (Our latest entry with Norah, remarking on her Easter basket: “I know that its from you, not the Easter Bunny. And I know that its all stuff from the Dollar Tree.”) And with that observation comes questions. It’s obviously still up to parents to know how much information to give when they ask, but letting kids set the pace for their own exposure to the world is, I think, a good rule of thumb.

On a long car trip the other day, my daughter and I recently talked about what would happen if her mother and I both died, who she would live with, how she would get there and what would happen to all our stuff. Really heavy. I wasn’t prepared to have that conversation, but Norah made it very clear that she was. I wonder if it might have been more disturbing for her if I myself had introduced the topic a week prior.

That being said, I also have a responsibility as a parent to monitor what my child is allowed to observe. I briefly debated whether to bring Norah to last years Gay Pride Parade here in Chicago, where we do our I’m Sorry Campaign, wearing shirts and holding signs apologizing for our individual sins against the LGBTQ community. There were so many messages going on, from the celebration we shared in hugging the paraders to the sobering conversations we had with individual attendees wondering why we were sorry to the protest group behind us with their signs and megaphones. It was a lot to process, even for me, and I’m glad I didn’t bring her.

But some year I will bring her. And someday my wife and I will tell her about how mommy is bisexual, and what that means (just as she told it to me). Someday I’ll explain what I do for a living and the difficult conversations I have with people and what it means to “come out.” Not yet, though. I think she’ll tell us when she’s ready.

3. When they are finally ready, it’s a conversation that deserves nuance and balance, no matter how firm your convictions are. I certainly have firm convictions myself. I believe, for example, that a person can absolutely be both gay and Christian, that the two identities do not at all stand in contradiction. And I will certainly tell Norah that. But I’m going to do my best not to do so in a way that unfairly maligns those who don’t believe this.

That’s how we’re going about things with our child. How about you? I’d love to hear your comments about what has worked, not worked, and what remains a mystery for you as a parent talking to your son or daughter about same-sex relationships. 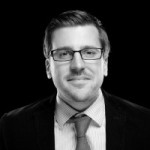 May 1, 2014 Living in the Tension Gathering 5/5
Recent Comments
13 Comments | Leave a Comment
Browse Our Archives
Follow Us!

The Coming Drop-Off in Church Giving?
Cranach
Related posts from Love is an Orientation