Jonathan Merritt on being “Outed” 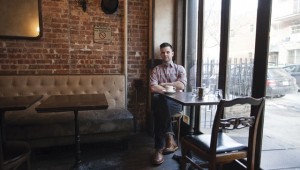 This post is written by Andrew Marin, President and Founder of The Marin Foundation.

On Twitter this morning I saw a link to a story in Christianity Today where author and Religion News Service columnist Jonathan Merritt explained the backstory to Azariah Southworth’s very public outing of him as gay in 2012. The Christianity Today piece by Merritt is an excerpt from his new book, Jesus Is Better Than You Imagined (which I have not read (yet)). After reading Merritt’s excerpt a few things struck me as significant to the ongoing worldview differentiations of the LGBT-conservative dialogue.

First, Merritt talks about the sexual abuse he suffered as a little boy by a much older, close family friend. That sick perpetrator, and others like him, steal the youth, vitality, and hope from so many innocent kids. I know not whether Merritt’s perpetrator is a believer, or if he has repented, or if he continues to molest other defenseless little boys. What I do know is that God is not unjust and does not forget (Hebrews 6:10a). There are certain things in life I ask God, “why?” Indeed, I can theologically rationalize “correct” answers to any of those questions, but none do justice to evil’s horrendous and unjustifiable perpetrations. Merritt has had over twenty years to remember these perpetrations every day, and he has obviously come to a point of understanding God’s control in his life and this situation, because his writing is more gracious than I would have been to such a person. To Merritt’s faith and perseverance goes much credit.

Second, here is where the culture war takes over. Partisan activists on both sides of the divide will quickly forget about Jonathan Merritt, and instead use his story that legitimately happened to him as ammunition to validate their partisan worldview. The far right will say; “See, homosexuality is caused by sexual abuse. No one is born gay.” And the far left will say; “Merritt is a conservative sell-out as he propagates the lie that sexual abuse causes homosexuality. All real LGBT people are born that way.”

Where is the humanity for Merritt?

Nowhere to be found.

And the partisan activist like it that way because it’s easier for them to hate without accountability.

The above process is the core of what continues the ridiculous nature of culture’s most pressing disconnect.

Third, Merritt doesn’t self-identify as gay in the excerpt. He doesn’t answer any of the baseline questions around the contemporary dialogue regarding sexual orientation. He also doesn’t speak to his future. Will Merritt live his life celibate or one day have a partner? And he owes none of those answers to you, me, or anyone else. Jonathan Merritt is a person who loves God who is loved by God. And that’s all I need.

Yes, he was outed. Yes, he is a public figure and is offering his story to public critique. Yes, the questions will always abound from people from all sides who will rabidly demand answers from him until the day he dies. I could care less about any of that. And I hope Merritt never gives anyone the pleasure of knowing any of those answers. He doesn’t owe you or me or anyone any of those things. You either trust Merritt or you don’t. You like his writing, thoughts, and opinions or you don’t. No matter what he says, I’m gay and getting married to my partner or I’m celibate because I believe in a traditional interpretation of scripture, partisan activists will still have a field day with him, his story, and his conclusions no matter what.

Merritt is Brother Jonathan to me. Always will be. It is not up to Merritt for you to decide what path you will take in relation to your own worldview, his story, or other’s in your life.

April 5, 2014 Living in the Tension Gathering - Mon 4/7
Recent Comments
1 Comment | Leave a Comment
Browse Our Archives
get the latest from
Evangelical
Sign up for our newsletter
POPULAR AT PATHEOS Evangelical
1

Republicans Shouldn't Vote?
What's with Donald Trump telling Republicans that, unless his claims that the...
view all Evangelical blogs
What Are Your Thoughts?leave a comment

One response to “Jonathan Merritt on being “Outed””