Why I Chose Grace as a Gay Christian 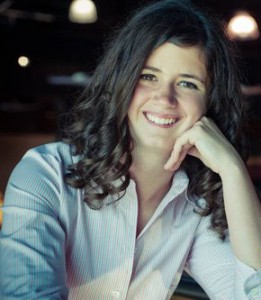 The following post is by Suzanne Grossman, a journalism and religious studies student at Indiana University, interning with The Marin Foundation this summer. Suzanne also writes on all things culture at idsnews.com and you can follow her on Twitter @suzannepaige6

To all those Christians who identify as  LGBTQ, thank you for not giving up. Thank you for living out all facets of your identity despite the backlash you may get from polarized communities. Thank you for giving grace to those who don’t know what they do.

From personal experiences as an out lesbian Christian who grew up Evangelical, I know how taxing this can be. Even today, its difficult for me to find  a community where I feel 100 percent safe. At my school there are great spaces for LGBTQ students, but I often feel isolated as a Christian because of peoples’ (completely justified) fear and distrust of my faith. There are also wonderful Christian ministries and groups, but sometimes being the “token queer person” gets lonely. That’s if they even let me in to begin with.

I know I’m not alone in feeling these things. I have no idea why I haven’t given up and moved to a more affirming denomination or some easier path. But I feel God has a purpose for me being here. For some crazy reason, God has given me the strength to deal with all the Twitter debates, demoralizing blogs and attempts to discredit my faith day in and day out. I believe God wants me to be not only a bridge builder, but also the actual bridge.

In my experience, the best way to do this is with grace. When I began college I instantly became involved in a youth ministry.  Knowing I wasn’t going to remain closeted, I met with the area director of the ministry to be honest about my sexuality. I also wanted to know my chances of being a youth leader and what the organization’s stance on the topic was. We had a long conversation and I found out if I was in a relationship or believed same-sex relationships could be blessed by God I wouldn’t be allowed to lead.

Of course this crushed me even though I already saw it coming. I grew up in this ministry. I helped grow this ministry. I knew I was capable, yet I was kept out. The ministry that blossomed my faith was now giving it a few hard punches. I could’ve left and never looked back, but I didn’t.

My love for what this ministry did for me and my growing love for the people involved in it drove me to stay in these relationships so we could all learn from each other. The director and I were able to have open conversations. Instead of getting angry and writing him off as ignorant and rude when he used terms such as the “gay lifestyle” I was able to explain why certain terms were hurtful and how to better love LGBTQ people.

By the end of the year the director allowed me to speak at the weekly leader training gathering to 40+ leaders about how they can love LGBTQ kids better.

We still don’t have the same theological perspectives, but the director read through and listened to my side, he opened it up to his leaders and we agreed it was important for LGBTQ kids to be loved and known.

Coming away from this experience I also gained several close friendships with people who don’t agree with me. I’ve learned how this entire conversation is less about winning a debate and more about learning how to love people better.

I continue to do this because I’ve seen benefits from conversations and relationships where both sides give grace and listen. Several friends have told me it totally changed how they think about gay people. One of the youth leaders got his kids to stop saying “that’s gay” as an insult. And finally, I know the gay Christians who had these conversations before me made it easier for me to enter into them today. Without them, who knows if I would’ve been as hopeful as I am. I might have given up on my faith entirely. I can only hope by continuing to live this way I can make life easier for LGBTQ people in the future.

That said, it’s also important to know your breaking point. At times in my life I’ve had to step away from relationships for my own emotional and spiritual health. My example is Jesus who died for those he disagreed with so it’s difficult to know when to take a break. Rest is needed. Living in spaces that consistently cause you to be depressed and doubt your self worth is unhealthy and not beneficial to anyone. For more info on this subject check out Jason’s blog here:http://www.patheos.com/blogs/loveisanorientation/2014/01/cutting-ties/

July 18, 2014 Living in the Tension 7/21 – Julie Rodgers
Recent Comments
7 Comments | Leave a Comment
Browse Our Archives
get the latest from
Evangelical
Sign up for our newsletter
POPULAR AT PATHEOS Evangelical
1

A Letter to Christians Who Can't...
Ponder Anew
Related posts from Love is an Orientation

Should Polygamy Be De-criminalized?
*Note to would-be commenters: Don’t expect your comment to be published here...
view all Evangelical blogs
What Are Your Thoughts?leave a comment

7 responses to “Why I Chose Grace as a Gay Christian”