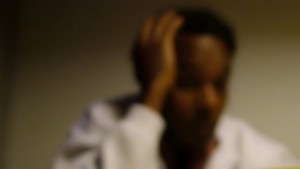 A few months ago I sat across the table from a guy whose eyes searched the room and voice broke when he asked me one of the most heartbreaking questions I’ve ever heard: “How do I become straight?”

Two years into my work here at The Marin Foundation, this was the first time I had heard that question pointe blank. Though the pain in his eyes was all too familiar. As the Director of Pastoral Care, I had sat at that table opposite many, many individuals who identified as lesbian, gay, bisexual (LGB) or same-sex attracted. I had heard so many stories of how the forces of shame had led to brokenness, alienation and despair.

The stakes are high with these conversations. The stigma and dispute surrounding sexual orientation within the Christian community leaves churches disbarred from their denomination, families disenfranchised by their faith communities, and, of course, LGB individuals disowned by their loved ones. Studies have shown the devastating effects that this ostracization has on the community’s most vulnerable members:

These statistics are startling, though widely publicized and cited. Here’s one more that you may not have heard, one that hits close to home for me:

It’s hard to argue that the Church is engaging with sexual minorities well when those looking for help walk out of its doors more despairing than when they entered.

Which brings me back to this individual who walked through our doors and now sat across the table from me asking how he could become straight. This is what I told him:

Throughout the last few years of doing this work I’ve met dozens, if not hundreds, of individuals who told me some version of this story: ‘Ever since I first knew I was gay, I prayed every night and asked God to ‘cure’ me. I tried every program, followed every prescribed step, renounced every supposed ‘sin.’ I believed a version of my childhood and family that wasn’t true. I pursued an opposite-sex relationship as a kind of perverse test of faith. I acted like the poster child for change they so wanted me to be. But it was a lie. I didn’t change. I learned to bury my sexuality and hide my true identity until the day that I realized it was acid eating away at my soul. So I’m not going to pretend anymore. I’m gay.’

And over the last few years, I’ve met one person who reported that reparative therapy worked for him and that he’s no longer gay. One guy.

This heavy imbalance that I’ve experienced anecdotally aligns with what we know about the efficacy of reparative therapy programs from studies. A 2002 study found that only 3% of those who had undergone a reparative therapy program now identified as heterosexual. In recent years, most major reparative therapy or conversion therapy programs, like Exodus International, have closed their doors. Former leaders in these organizations are stepping forward in greater numbers to apologize for their involvement and fight for legislation banning the practice of so-called reorientation efforts, already condemned by the American Psychological Association, the American Medical Association and most other medical and social science organizations.

I watched the young man across the table wrestling with how seriously to take this information and whether to give himself over to what was clearly a mounting sense of hopelessness. Was I yet another pastoral care provider who left people more despairing than when they came? Was this conversation leaving him more likely to attempt suicide?

“I want to suggest something kind of bold, and I hope it’s ok,” I said.

“I don’t think ‘how do I become straight?’ is your real question. I think the question behind that question is ‘Am I acceptable?.’ And the answer is yes. The answer is always yes. You’re absolutely, unequivocally worthy of love. Whether in the end you pursue a same-sex relationship, an opposite-sex relationship or no relationship, I stand with you and beside you. So does The Marin Foundation. And everything I read in the Gospels tells me, so does God. You’re fearfully and wonderfully made, in his own image. And nothing in all creation can separate you from his love. I believe that quite firmly.”

Our conversation ended shortly after that. I haven’t heard from him since. But I trust that he’s finding his way.

March 9, 2015 Living in the Tension Tonight (3/9)
Browse Our Archives
get the latest from
Evangelical
Sign up for our newsletter
POPULAR AT PATHEOS Evangelical
1

Evangelical
Great Infographic for Research Findings in Us Versus...
Love is an Orientation
TRENDING AT PATHEOS Evangelical