“Am I a Bad Christian for Loving My LGBTQ Child?”

This post is by Laura Statesir, our Director of Family and Youth:

I was talking a while ago with some parents who were struggling with how to navigate their son coming out as gay. This mother and father love their son fiercely and just want what is best for his life. They are deeply devoted Christians who seek to glorify God in all they do. Because they don’t condone same-sex relationships, they were unsure how to love and interact with their gay son while remaining faithful to their beliefs.

We discussed their thoughts, feelings, and concerns. As we chatted about resources and next steps, I heard an almost palpable sense of fear in their tone. Finally they voiced the deeper question that drove all their worries, “Are we wrong if we unconditionally love and support our son?”

I was caught off-guard and almost fell out of my chair.

In the almost three years that I have been counseling parents, I had never heard this question stated in such a poignant and clear way. This couple summed up what many Christian parents with LGBTQ children are really asking God, themselves, the Church, and their loved ones: “Am I a bad Christian for loving my LGBTQ child?”

It may seem contradictory to think of any Christian having to second-guess the commission to love others because they are worried about God being displeased with them. Who taught these parents that loving their child could ever be a bad thing? Yet, these are not the first parents who have shared this concern with me. There is so much truth in this question. This is THE question in many ways, the most important one, the one that really matters. “Am I betraying Jesus by loving my child?”

Honestly, this question makes me furious, not at the parents but at the Christian institutions that taught them to equate unconditional love with shame and immorality. Are churches really instructing that loving “the Other” is contrary to Christ’s teaching?

This mother and father believe same-sex relationships are sinful but they made a decision to allow their son’s same-sex partner in their home, be kind to him, get to know him and love him as Christ would. However, they worry that loving their son and his partner in this way makes them hypocrites and tarnishes their relationship with God.

After I collected my thoughts for a moment, I responded to their question by asking:

How do you think Jesus would have responded to your son if He walked the earth today?
What do you see as the overarching principles of the Gospels?
What did Christ teach about loving others, specifically those the religious leaders considered to be in sin?

I think what these parents were seeking was assurance that God would be pleased with their decisions. This desire to please God shows me the depth of their love for the Lord. If we wish to know how to love others, I think we need to follow Christ’s example laid out for us through His ministry on earth. As a Jewish rabbi, Jesus was supposed to focus his ministry on those who looked, spoke and acted like he did. Instead, he gravitated toward those who were considered “others” – Samaritans, Gentiles, the economically disadvantaged, the sick, the lepers, adulterers, immoral women, tax collectors – the list of “others” unconditionally loved by Jesus goes on and on. John 8 (the woman caught in the act of adultery). Mark 2:13-17 (Jesus eats with sinners). John 4:1-30 (Jesus and the Samaritan women at the well). Luke 7:36-50 (Jesus anointed by a prostitute). Mark7:24 – 29 (Jesus heals the Gentile woman). Luke 5: 12-16 (Jesus touches a leper).

Jesus spent time with those who society and religious leaders deemed unclean. He ate with them in their homes. He touched them and allowed them to touch him. He broke religious laws to make them feel loved and welcomed. Is it a far stretch of the imagination then to think that Jesus would sit down with a LGBTQ couple and share a meal with them? Or allow them into His home?

Jesus is our example of what it means to love others. To be more like Jesus is to love as He did. And many times, as Christians, we represent the only Jesus that some people ever see. So for me, the answer to the question of whether loving an LGBTQ individual makes one a bad Christian is this:

No. You are not being a bad Christian by loving your LGBTQ child. On the contrary, you are allowing yourself to be a vessel of Christ’s love and to bring a bit of the Kingdom of Heaven to earth. You are loving as Christ taught us, and there is nothing more Christian than that. 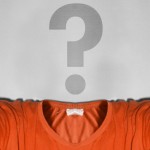 April 10, 2015
Trans Invisibility: An Interview With Our Friend Eli
Next Post

April 17, 2015 Living in the Tension this Monday (4/20)
Browse Our Archives
Related posts from Love is an Orientation