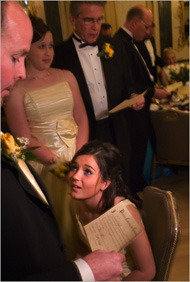 Yesterday I posted about about purity balls, and pointed out that fathers should have nothing to do with their daughters’ virginity, unless they’re reverting to some sort of Old Testament “fathers own their daughters virginity and women are property” mentality. Since then I have watched this documentary and done some thinking. See, the argument is more sophisticated than “your virginity belongs to your father.”

In the documentary, Randy Wilson of Generations of Light Ministry states that females will always seek male validation and that they especially have a burning desire to be viewed as beautiful by the men around them. Randy explains that because so many daughters today are not validated and told they are beautiful by their fathers, they look for that same validation and affirmation from young men their age, and end up with STDs, teen pregnancies, and broken hearts.

The solution to this problem, Randy says, is for fathers to be there for their daughters, to validate their daughters, have a special relationship with them, and tell them that they are beautiful and valuable. Then daughters will no longer need to seek those things from young men their age, and will no longer bear the physical and emotional consequences of dating and sexual activity. And that, quite simply, is the goal behind the purity balls Randy’s ministry runs.

Instead, the father / daughter purity culture feeds the idea that girls are only valuable inasmuch as they are valued in the eyes of the men around them, be that their boyfriends or their fathers. It teaches girls that their value lies in their bodies and in their relationship to men. It tells girls that it is healthy to pin your source of validation to male affirmation, but that that affirmation should come from their fathers rather than from boyfriends.

I talked last week about how Vision Forum pinpoints real problems with society but fixes them by simply strengthening the root cause of the problems. There is a similar phenomenon going on in the case of purity balls. Randy and others like him are responding to a very real problem in society today: teenage girls who tie their self worth to their latest boyfriend, have irresponsible sex simply to feel valuable and loved, and have no real confidence in themselves. The reality is that there are plenty of teenage girls who are dating around and having irresponsible sex as a way to feel loved and valued and worthwhile.

But, like Vision Forum, the father / daughter purity culture completely misses the mark with its solution. It fixes the problem by replacing the boyfriend with the father rather than by teaching girls that they are valuable for who they are, not who they are with or what they do with their bodies. Rather than tackling the root of the problem, the purity culture simply feeds it. You see, the problem isn’t boyfriends and the problem isn’t sex. The problem is girls’ lack of self worth. The solution is not to teach girls to find their worth in their fathers, but rather to teach girls to find their worth in themselves.

What happens when these girls grow up to be independent people and make their own decisions? What happens if one of them displeases her father? Her worth has been tied up in what her father thinks of her, not in her own internal worth, skills, and abilities. The consequences are huge, and I should know, because I’ve lived them. When you are taught that you are valuable because your father values you, and then suddenly your father becomes very, very displeased with you, your whole world falls apart. You’ve tied your worth to what your father thinks of you, you’ve spent your life trying to please him, and then, in one fell stroke, the entire tower comes tumbling  down.

It is not healthy for any female, be she a young girl or a full grown woman, to tie her self worth to what the men in her life think about her. This is the root of the problem here, not sex, not dating, not boys. But somehow, the purity culture cannot see that it plays into the very problem it seeks to combat. And this breaks my heart.

Of course, the replacing of the boyfriend / girlfriend relationship with the father / daughter relationship is only one piece of this putrid puzzle. There’s also the reality that the purity culture’s solution to high STD and teen pregnancy rates is not to teach teens to exercise their sexuality responsibly but rather to do away with it altogether. As I watched the documentary at the top of this page, the different men over and over again talked of the problems of STDs and teen pregnancy, to the point that I wondered if even they knew about the existence of birth control and condoms. It’s like banning teens from driving because of the large percentage of teens who get in accidents rather than simply improving driver’s education.

Finally, in case you’re in any doubt of the relationship between purity balls and Christian Patriarchy, don’t be. Here’s the pledge that fathers sign at Randy’s purity balls:

I, (Daughter’s Name)’s father, choose before God to cover my daughter as her authority and protection in the area of purity. I will be pure in my own life as a man, husband, and father. I will be a man of integrity and accountability as I lead, guide, and pray over my daughter and my family as the high priest in my home. This covering will be used to influence generations to come.

Did you catch that? In this one short pledge we get no fewer than three of the hallmarks of Christian Patriarchy: paternal authority over daughters, paternal leadership in the home, and multigenerational faithfulness. While purity balls and purity rings are popular in fundamentalist and evangelical circles beyond strict Christian Patriarchy, the connections are there, loud and clear.

Finally, Randy’s organization actually does promote a ceremony for boys as a counterpart to the purity ball for girls. It’s called the “Manhood Ceremony,” wherein the father bestows manhood on his son. So, while boys get manhood ceremonies, girls get purity balls. Something inside of me wants to scream. And I have to ask: Where are the mothers in all this? Nonexistent, it would seem. Which I guess makes sense, given the nature of patriarchy.

September 23, 2011
Your Virginity is YOURS - Not Your Daddy's
Next Post