Thoughts on Jerry Falwell: Evangelical Megapastors Are Expected to Boast about Their Hot, Hot Wives

Many of my readers likely read the article about Jerry Falwell on Political several weeks ago, or are at least aware of it. The article is titled ‘Someone’s Gotta Tell the Freakin’ Truth’: Jerry Falwell’s Aides Break Their Silence. While much of the article dealt with Falwell’s dictatorial hand on the organizations he leads, and some possible financial improprieties, there’s one particular piece that I haven’t been able to get out of my head.

Longtime Liberty officials close to Falwell told me the university president has shown or texted his male confidants—including at least one employee who worked for him at Liberty—photos of his wife in provocative and sexual poses.

At Liberty, Falwell is “very, very vocal” about his “sex life,” in the words of one Liberty official—a characterization multiple current and former university officials and employees interviewed for this story support. In a car ride about a decade ago with a senior university official who has since left Liberty, “all he wanted to talk about was how he would nail his wife, how she couldn’t handle [his penis size], and stuff of that sort,” this former official recalled. Falwell did not respond to questions about this incident.

More than simply talking with employees about his wife in a sexual manner, on at least one occasion, Falwell shared a photo of his wife wearing what appeared to be a French maid costume, according to a longtime Liberty employee with firsthand knowledge of the image and the fallout that followed.

Falwell intended to send the image to his and Becki’s personal trainer, Ben Crosswhite, as a “thank you” for helping his wife achieve her fitness goals, the employee said. In the course of texting, Falwell accidentally sent the message to several other people, necessitating a cleanup.

In a statement, Falwell denied this. “I never had any picture of Becki Falwell dressed in a French maid uniform, and never sent such a non-existent photo to Ben Crosswhite.”

I can’t say for sure what actually happened here, and if everything alleged here did happen, Falwell’s actions are pretty … out there. Especially the bit about sharing the picture. But what keeps sticking in my mind is this: within evangelical purity culture, particularly among those in leadership, there is a willingness—an eagerness, even—to boast about all the marital sex one is getting—and how hot one’s wife is.

Within evangelical purity culture, some men are prudish in the ways they talk about sex, even within marriage, but not all are. Boasting about your wife—and how awesome the marital sex you’re getting is—can be a way to signal one’s manliness. Within evangelicalism, the avenues for boasting about male sexual prowess are circumscribed. You can’t talk about all the hot girls you pick up, or make a show out of lusting over all the hotties around. But marital sex? That’s acceptable. That’s kosher.

Mind you, I’m not saying that any of the above is good. I don’t think manliness should be measured by how much sex a man is getting, or by how virile he proves himself in his interest in pursuing hot women. At all. But because our society is still steeped in sexism, these norms exist. Given the way gender roles are policed in conservative churches, being a pastor often requires proving one’s manliness. And how better to do that—within a sexist, highly gendered society and community—than to boast about how hot one’s wife is.

Evangelicals have spent decades writing about how very good and godly sex is—and not just procreative sex. Fun sex. Some pastors have virtually made their careers on sex. In 2012, the Christian Post ran an article titled Why Are Mark Driscoll, His Wife Talking About Sex So Much? Driscoll penned a book titled Real Marriage: The Truth about Sex, Friendship, and Life Together. It wass mostly about sex.

During the sermon, which was entitled “Sex, a Study of the Good Bits from Song of Solomon,” Driscoll interpreted Song of Solomon 2:3 as referring to oral sex and then said, “Men, I am glad to report to you that oral sex is biblical…The wife performing oral sex on the husband is biblical. God’s men said, Amen. Ladies, your husbands appreciate oral sex. They do. So, serve them, love them well. It’s biblical. Right here. We have a verse. ‘The fruit of her husband is sweet to her taste and she delights to be beneath him.’”

Sometimes it seems like every male pastor of any fame wanted in on the sex manual market. Fundamentalist guru Michael Pearl wrote a book titled Holy Sex: The Way God Intended It. A note warned readers that:

This material is intended for mature audiences. Don’t read this book unless you are married, have definite plans to be married in the next few weeks, or are an older teenager whose parents have first read it and approve of you doing so.

I’m halfway tempted to get my hands on a copy of the book just to see how spicy it actually is, but then, I’ve already read more than I’d like to about Michael Pearl’s sex life.

Megachurch pastor Ed Young is going to be spending Friday the 13th in bed. Oh don’t worry, he’ll still be at the church where he works, in fact he’ll be on top of the church…

live streaming for the world to see.

Young, by the way, co-wrote a book titled Sexperiment with his wife. He used his gimmick to market his book, which recommended running an “experiment” by having sex with your spouse every day for a week. This was billed as promoting intimacy. As a parent of two young children, it merely sounds stressful.

(Young also wrote a book titled Fifty Shades of They.)

We’ve gotten a bit afield, wandering into the field of high-profile pastors using sex to market themselves, their churches, and their books. My point is this: In this day and age, pastors’ wives are expected to be super sexy, and pastor husbands are expected to rave about all of the amazing sex they get at home. What Falwell is described as doing is not at all outside of the general norm for evangelical leaders of his stature.

Have a look at this excerpt from a book about pastors wives:

The phenomenon of talking about a wife’s spicy side became so common that Relevant magazine published the plea, “OK, Let’s Stop With All the Talk About ‘Smokin’ Hot’ Wives,'” when even the pastor giving the opening prayer for the NASCAR Nationwide series race thanked his wife for being so hot.

This practice is so prevalent that if you do a google search for “pastors who call their wives hot,” you’ll find scads of articles begging pastors to stop doing this.

The Ungodly Allure of the Pastor’s Smokin’-Hot Wife was published in December 2018. “Christian leaders can’t seem to stop talking about their red-hot-smokin’ stone-cold-fox wife back home,” read its byline. Pastor, Your Wife Might Be “Smokin’ Hot,” But… reads the title of an August 2018 piece on a site for church leaders. Stop Calling Your Wife Hot, another article on the same website begged again in February 2019.

Take a look at this excerpt, from that last article:

I saw a tweet from a friend recently that said, “If I hear one more Christian guy call his wife hot (every time he talks about her), I’m going to throw a plate at the wall.” I suggested that he actually throw the plate at the guy calling his wife hot, or “smokin’ hot” for that matter (tongue in cheek, of course). Maybe it would knock some sense and normalcy into them.

Fellas, calling your wife hot to other people is awkward. We can’t agree with you. That would be really weird. We can’t disagree with you. That would be really mean. Ignoring you is rude, but it’s probably our best option in this case. Do you really want us trying to determine if your wife is, in fact, hot? I’m glad you think she’s a 10. You should. But calling attention to her hotness doesn’t honor her as much as it creates an opportunity for others to judge. And that’s just awkward.

How does a man signal his virility in an evangelical subculture that expects him to abstain from sex before marriage, remain faithful to his wife, and keep his eyes from wandering? This is how: by boasting constantly about how very hot his wife is, and about all the hot hot sex he is having. While shocking, Falwell only did what has become increasingly expected of high profile evangelical pastor-leaders. 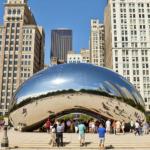 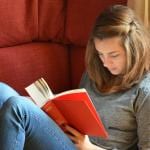